Foji (read Foji, not Fauji) Dhaba has been frequented by me much. It is an honest place where hard working people strive hard to bring rustic Dhaba food to you. Given its location on the Golf Course Road, Gurgaon, the local roadside eatery is visited by locals, drivers as well as corporate executives from the offices in the vicinity. Foji Dhaba is run by a retired, you guessed it, fauji (ex-serviceman) who started this way back in 2008 with simple servings of daal chaawal. It a rather big structure that can easily seat around 40 people at a time. Apart from traditional Dhaba styled food (including non vegetarian fare), Foji Dhaba also serves “kadak chai”, “pakodas” and special “samosas” which I was told are taken by people all the way to their homes in Delhi.

I was there on this particular visit to Foji Dhaba with Dhaba Explorers of Gurgaon who had organised a dinner event there priced at Rs. 250 per head. The event was attended by 25 adults and a couple of carefree kids who kept running around the spacious place adding to joy of all. Mahipal Singh, the owner, kept a hawk eyed watch and managed the event well. A section was cordoned off for the DEG members and a few charpoys were laid out along with table sitting. His platoon of servers and cooks were seen working hard to keep everyone happy. As the DEG members floated in, pleasantries were exchanged and the group settled down for the business of the day – dhaba food.

The menu was decided prior and comprised of Dhabe di Daal Fry; Khade masalewala Chicken; Kadhai Paneer; Melange of Vegetables a la Dhaba; Kheer-e-Special; Crisp crisp tandoori rotis; Stuffed Papad – Signature Style; Green Salad; and the usual Bottled Water & Soft drinks. Before the fun began Mahipal Singh addressed the group and told his story of how he got into the Dhaba business after a long period or turmoil and a lot of hard work subsequently.

As the food started arriving on the tables the conversations moved towards it as well. The attendees were rather excited to see the event organiser Preet Chhatwal running around to ensure everything worked like clockwork and so it all really did. The food was really scrumptious with major accolades given to the Daal Fry & Khade Masalewala Chicken which indeed were very good. The paneer was passable and Vivek Vaid urf “Tiger” was quick to point out that it tasted like “Shaadi wala” on a social platform. On the downside the Vegetables a la Dhaba fell short which no one noticed (Chicken ruled) and the signature “Stuffed Papad” of Foji Dhaba went soggy since they were kept resting on the counter for long. The closure with Kheer-e-Special was simply the best and left people asking for more. The lucky ones did manage to wrestle more than one helping of the preparation that was specially made for this event and is not on the menu.

Dhaba Explorers of Gurgaon also awarded a 4 Star Rating Certificate to Foji Dhaba after evaluating the comments from all the attendees which is also endorsed by www.stayingurgaon.com.

Overall! It was an evening filled with simplicity where food, surroundings & people simply came together and had a great time. Some pictures from the evening and additional information follows. 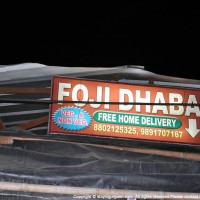 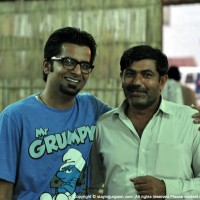 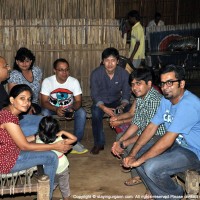 Members of Dhaba Explorers of Gurgaon 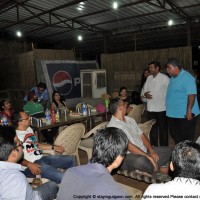 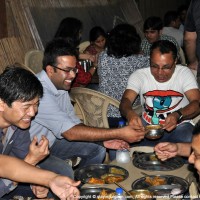 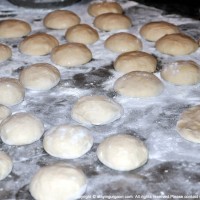 Flour Pedas Ready to be Baked into Rotis 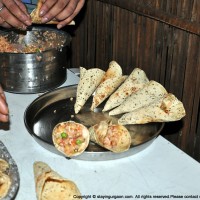 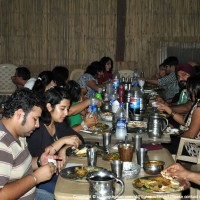 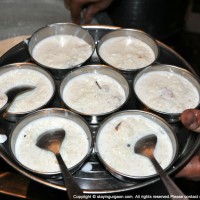 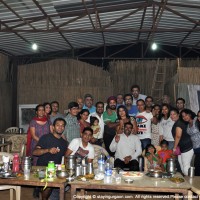 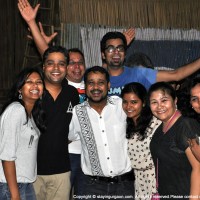 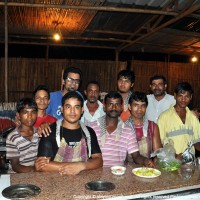 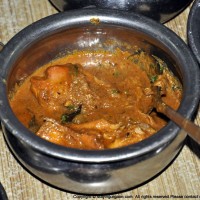 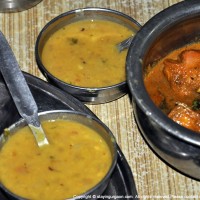 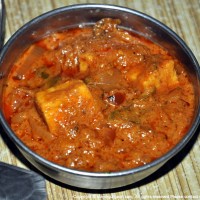 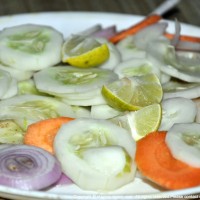 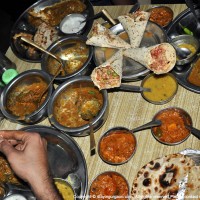 Food on the Dhaba Table 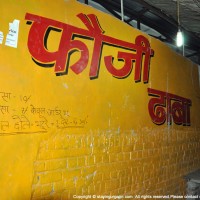 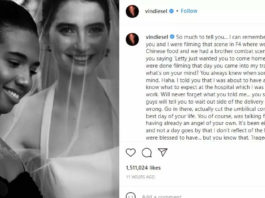 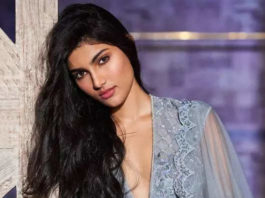 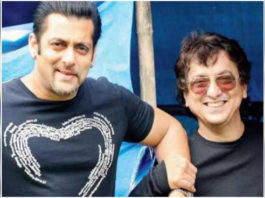 Salman reduces remuneration for his next