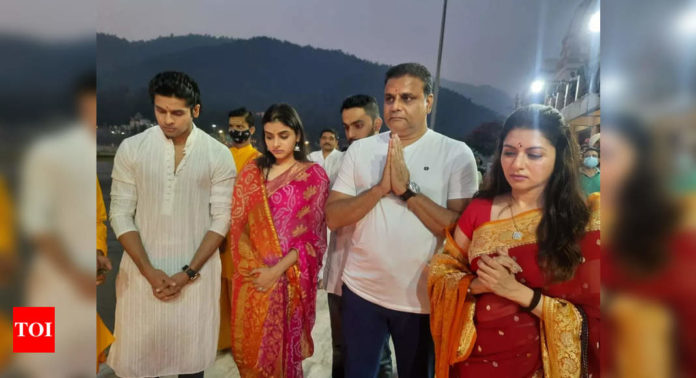 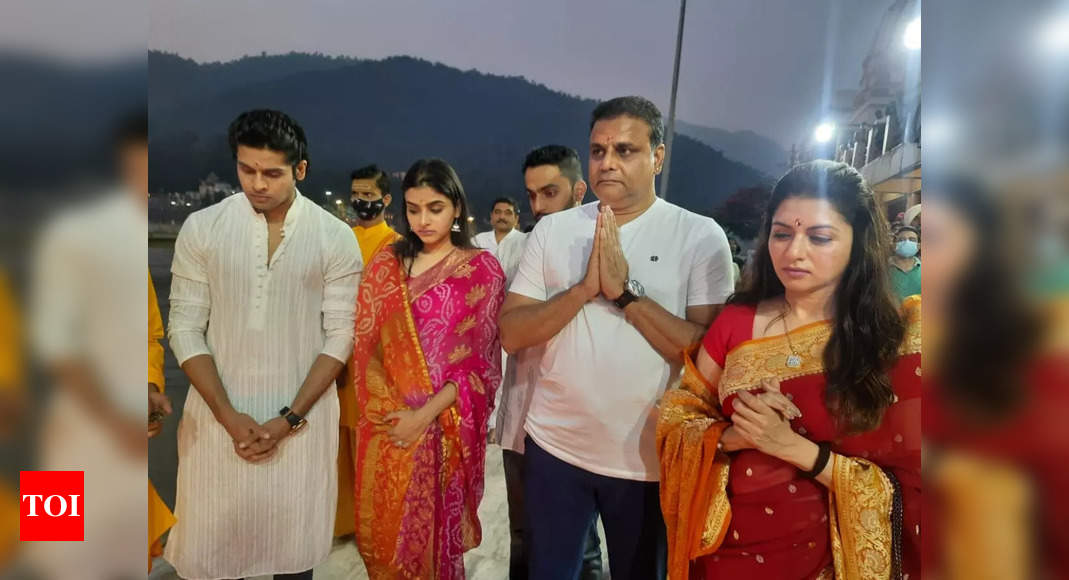 ‘Mard Ko Dard Nahi Hota’ star Abhimanyu Dassani jetted off to Rishikesh with his family, including his mother Bhagyashree, father and sister on the occasion of Navratri.

Now the actor took to his Instagram handle and dropped pictures from the auspicious Ganga Aarti attended by his family. Celebrating the festivities, he captioned the post, “Har har Gange.”

Ever since Abhimanyu reached Rishikesh, the actor has been sharing glimpses from his family holiday on social media. Previously he had dropped a fresh selfie where he was seen posing against the picturesque backdrop of the mountains and river. It read, “Try me a river 🕶️.”

The star kid made his debut in ‘Mard Ko Dard Nahi Hota’ and bagged the Filmfare Best Debut Male award. Currently, he has several interesting projects lined up in his pipeline including Shilpa Shetty Kundra starrer ‘Nikamma’. He is also a part of ‘Aankh Micholi’.

Apart from his, Abhimanyu will also be marking his OTT debut next month with an upcoming romantic comedy where he will be sharing the screen space with Sanya Malhotra.
Credit Source – https://timesofindia.indiatimes.com/entertainment/hindi/bollywood/news/abhimanyu-dassani-celebrates-navratri-with-family-at-rishikesh/articleshow/86940744.cms