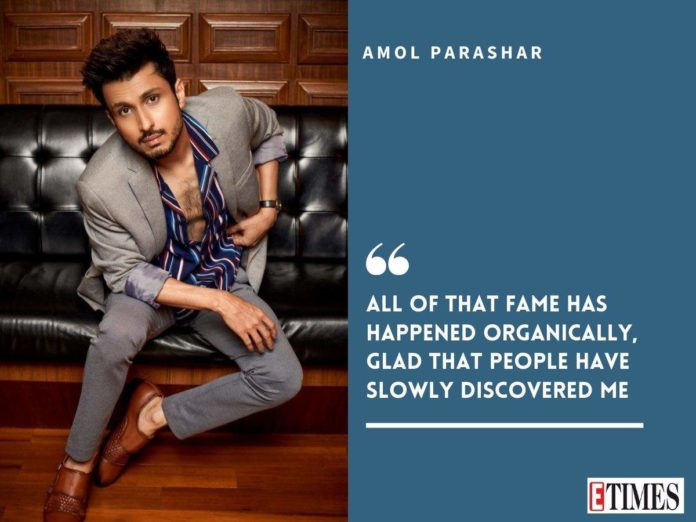 “In the beginning, I was not putting in much effort. I spend a lot of time waiting for things to happen and that actually worked out well for me,” shares Amol Parashar while reflecting on his journey in the entertainment industry. Having a calm mind, being patient, and attracting something organically is something the actor truly believes in. While marking his debut with Ranbir Kapoor’s ‘Rocket Singh’ allowed him to carve a space for himself in the industry, it was only after the 2016 web series ‘Tripling’ with the portrayal of ‘Chitvan’ that he cemented a position for himself here. For this week’s ‘Against All Odds’, the actor opened up about his journey in the industry, choosing scripts, and how he battled all odds to make a name for himself in a place of uncertainty. Read on:
What has been your biggest takeaway from showbiz?
Being at the right time, and at the right place is something I truly believe in. Again this is a place where you can be easily replaceable too if you don’t maintain your individuality and embrace your uniqueness. I didn’t know anyone from the industry. Growing up, I was always fed with the idea that the world of showbiz, glitz, and glamour is a completely different planet. People talk differently, walk differently, it’s all dreamy and things like that. 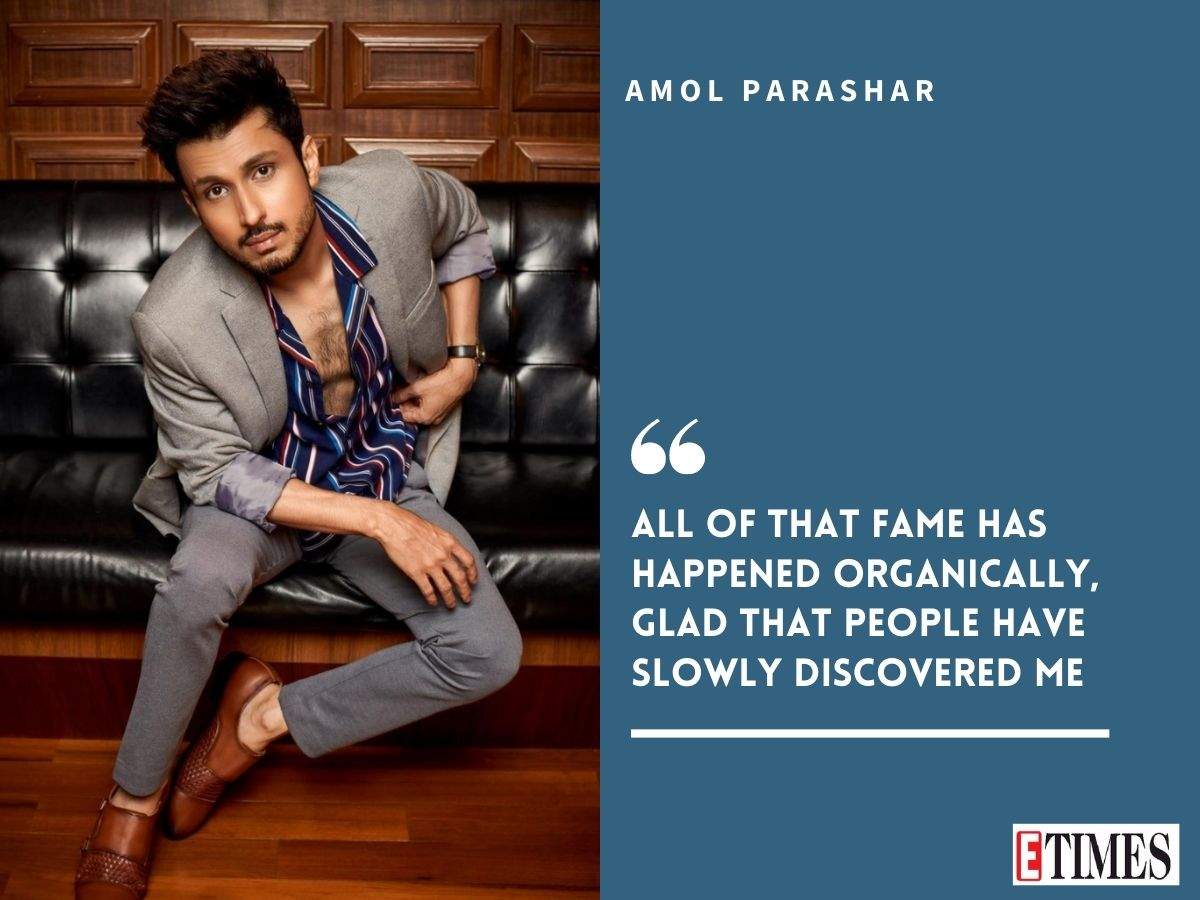 And amidst all this, one must work hard to maintain their own individuality too, and that’s what I’ve been doing and working hard for. You are an actor, you don too many hats, and there are times, something might grow within you. Hence, it’s very necessary to hold on to your roots, stay grounded and respect your own voice.

Your last release ‘Dolly Kitty Aur Chamakte Sitare’, surely was one of the most unconventional, and impactful portrayals of a college student…

During Dolly, this was very easy. I knew the director, the kind of people I would be a part of. Osmaan has such an impactful part for the film, and as well as for me. After portraying Chitvan, I had been part of so many comedy and rom-com characters like that, somewhere it also felt necessary to break that image too. 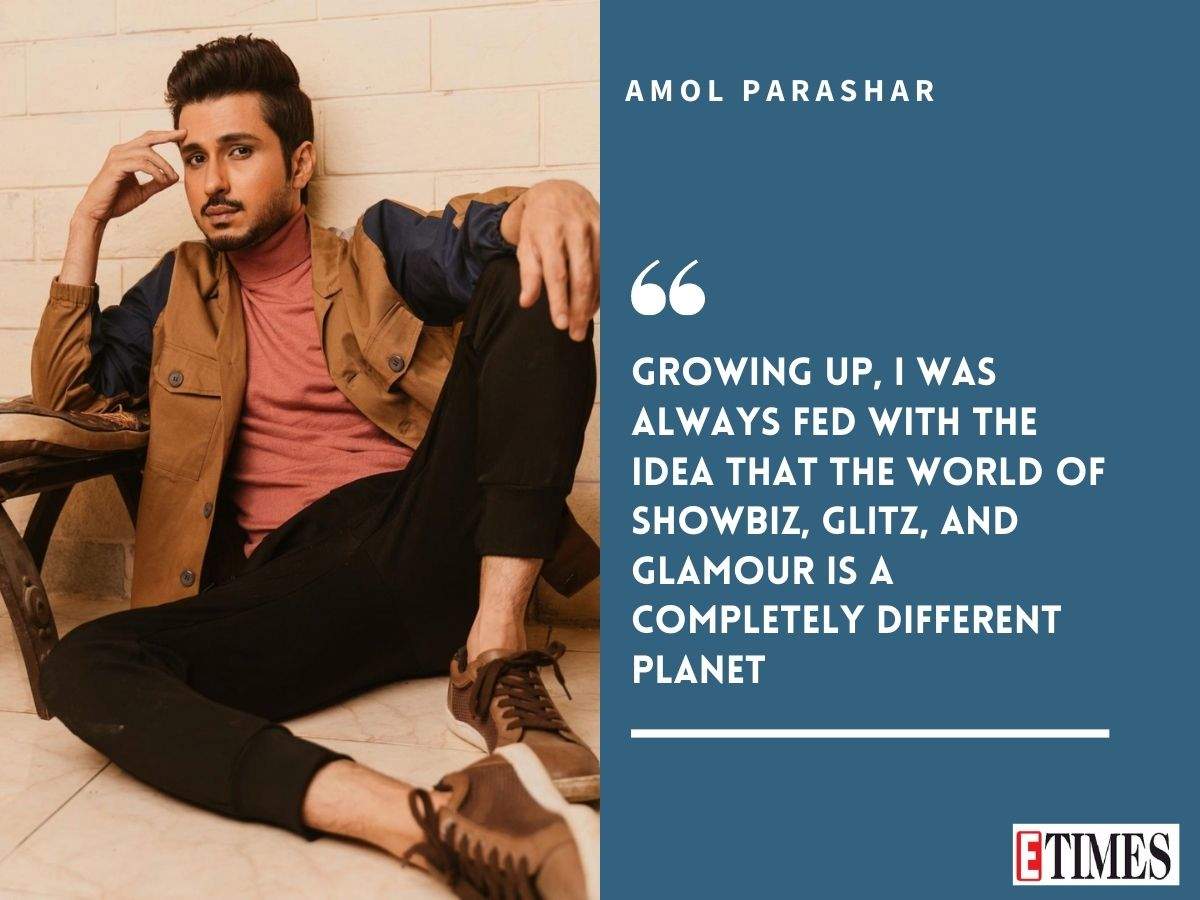 You were also one of the first ones to enter web space, even before it was ‘cool’ to do so…

Trying something new has always been my way of being engaged. When it comes to art, I love taking risks. So far, I think I’ve been lucky that many of the things that I took and tried, have worked out. Chitvan, for example. The show (Tripling) itself was a risk at that time. Nobody was investing and spending money for web shows, it was a foreign concept here, and finding the right audience was challenging too. When I read the script about ‘Chitvan’, trust me it was very scary on paper. The shooting was stressful too. I am glad I took that leap of faith, of doing it and trusting my directors. Eventually, it worked out and connected. 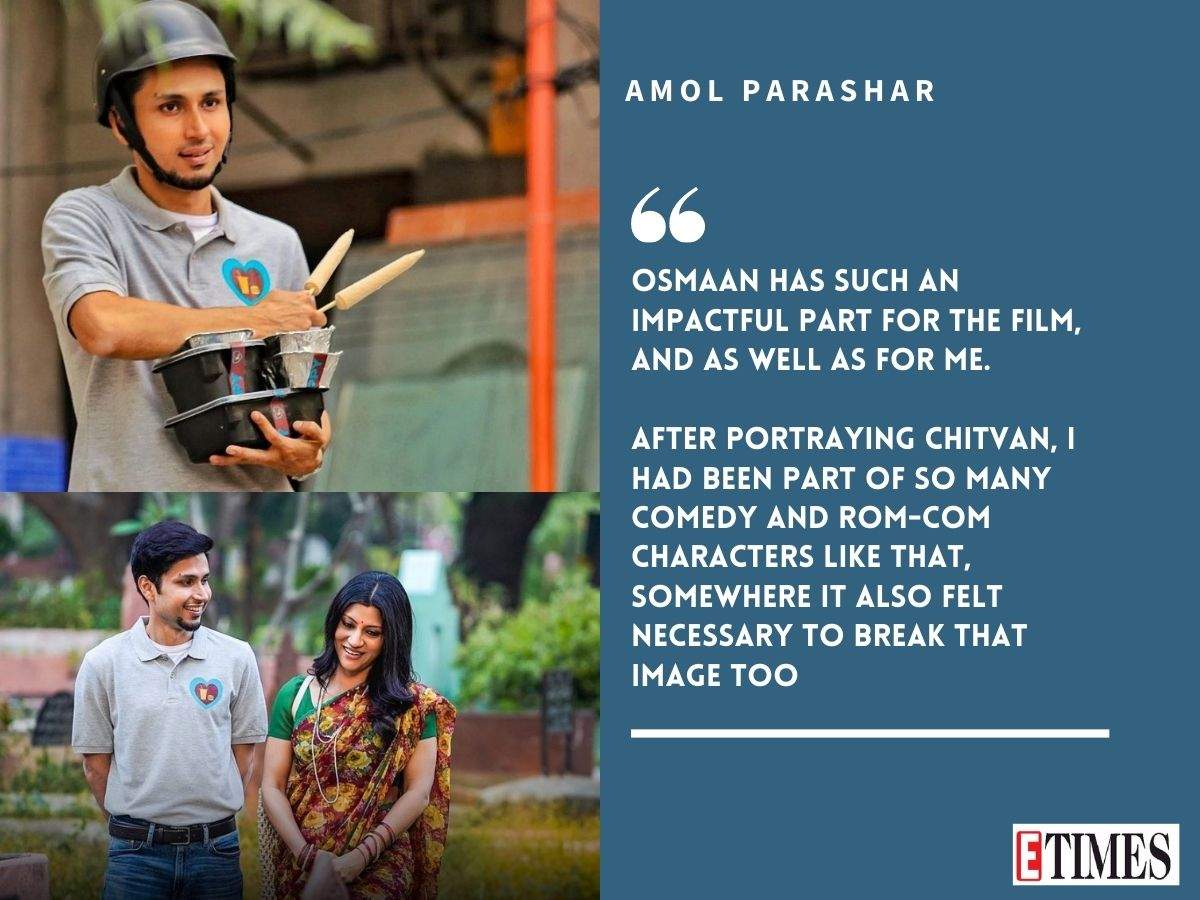 When I started out with the web, I couldn’t afford to be scared. It’s true that it wasn’t explored much. The platform felt new and interesting, and I knew the people I was starting with. I was a little stressed about playing the characters, because there are a lot of expectations from the characters, especially from the web — as each of them, no matter how big or small, has an interesting part to play.

(Laughs) I am overwhelmed actually. When we shot the scene, no one knew it would be so celebrated and talked about. Because it felt so ordinary, like just a ‘weird yet funny situation’ in that show. We were so worried at that time. In fact, many of the shows and web series which were shot 5-6 years back were not done with full confidence. 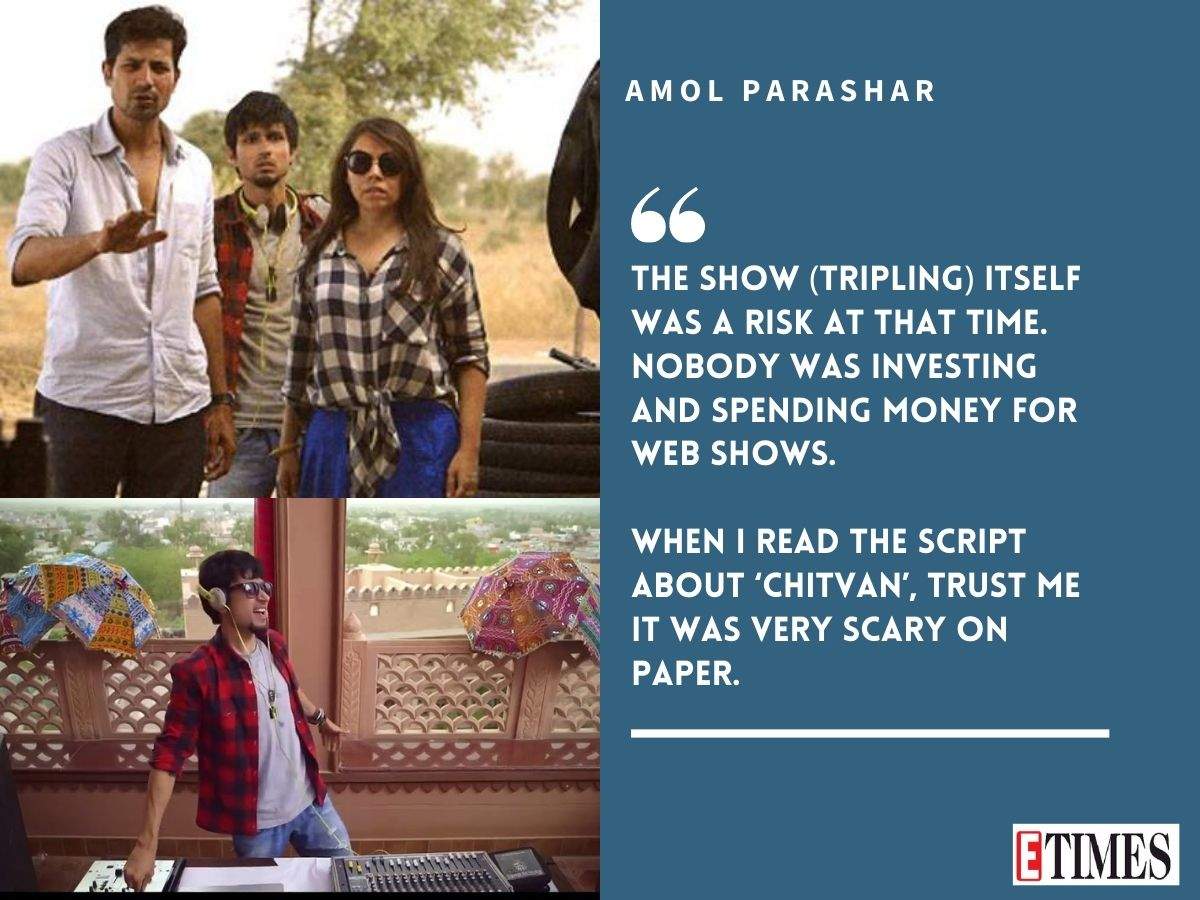 Do you feel OTT is heading in the right direction?

Well, I cannot say much if it’s really heading in the right direction. It’s going in some direction and at a very fast pace. Like movies, today there is an immense number of web shows releasing today. More like we’ve lost track of it. But the good part is, everyone is having work now. There is so much employment and opportunities. You have a plethora of offers to choose from now too.

Are you choosy about scripts?

It’s definitely not about whether a show will work or not. More like trusting your gut. But trust me even when it comes to reading and choosing scripts, there’s so much unpredictability. As actors, decision-making is the biggest part of our life. But sometimes, you work on something and it doesn’t click with the right audience, because the time wasn’t right. Sometimes, something unexpected becomes a rage. I rely heavily on my people because at the end of the day I am confused too. 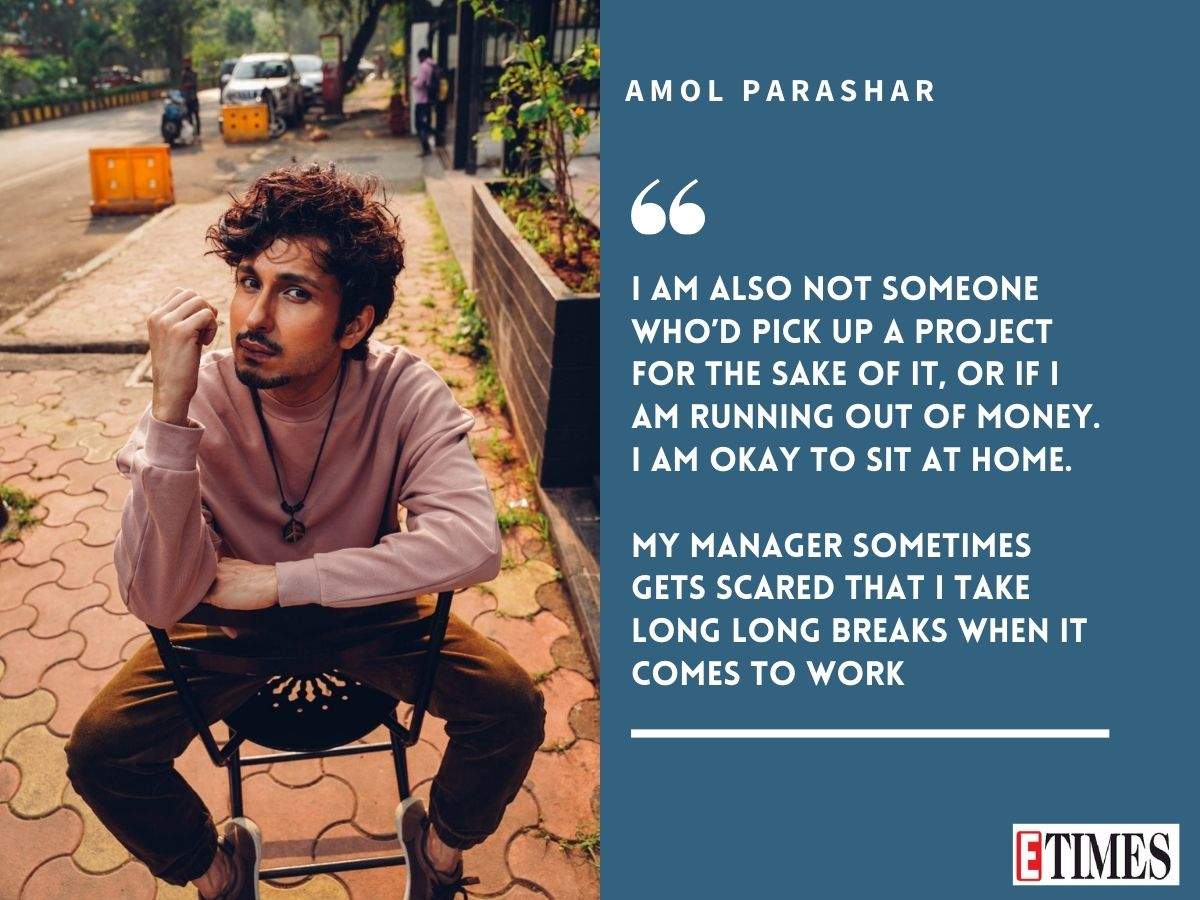 There’s pressure, but I have done most of my work based on my instincts. (Laughs) But yes, today, I am also not someone who’d pick up a project for the sake of it, or if I am running out of money. I am okay to sit at home. My manager sometimes gets scared that I take long long breaks when it comes to work. Because as an actor, being visible is so important.

How do you deal with fame?

Fame came pretty organically. It wasn’t like I became an overnight sensation or a star. It’s a good thing that it didn’t happen overnight. I had to earn it. I don’t let fame mess with my head. I like being ordinary that way. It doesn’t really bother me, more like I have that hunger to be a good actor, but keep my head down when it comes to fame. 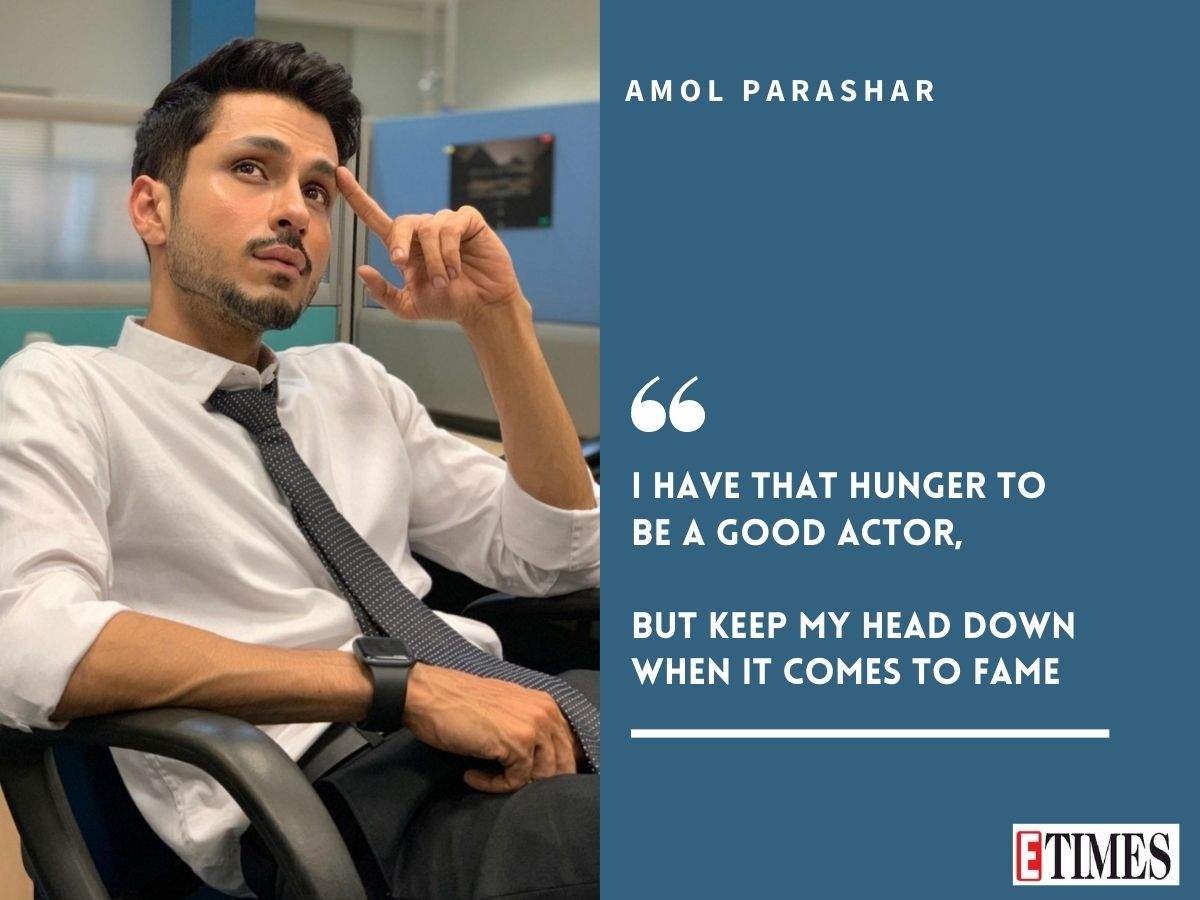 As an artiste, how do you take care of your mental health?

I’ve had my share of bad days. But I don’t let it get under my skin. From my personal experience, during my low phase, the people around me have been helpful and supportive. It’s very necessary to have friends and people you can fall back on. That sense of trust and assurance only comes from there. I’ve been lucky and blessed that way, and I am making an effort to sustain those relationships. 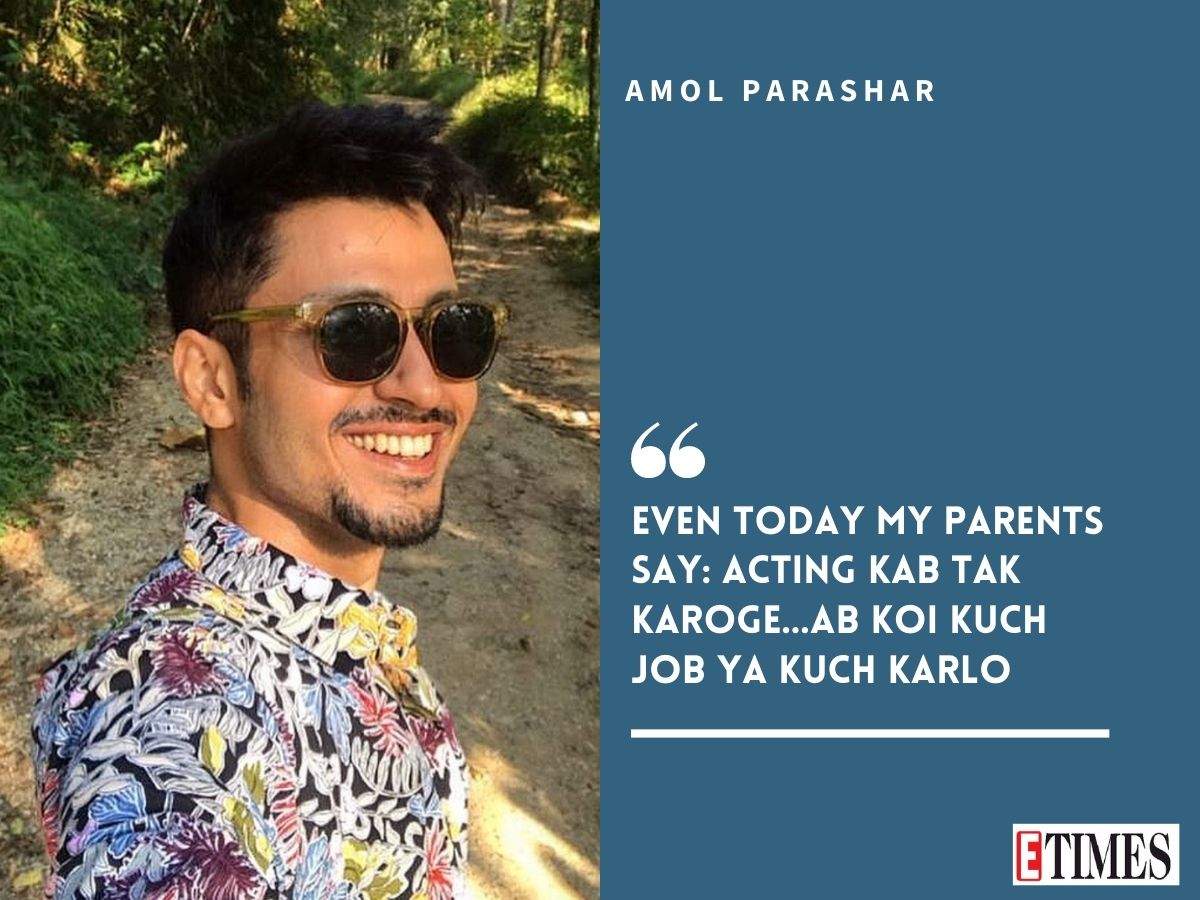 As an IITian, leaving a secure future to enter an uncertain world couldn’t have been an easy choice?

Even today my parents say: Acting kab tak karoge…ab koi kuch job ya kuch karlo (Till when will you act? At least do some job now) It was definitely scary at the time. I never really wanted to come to Mumbai and be an actor. Leaving my job and coming here was a personal choice, especially because by the end of college I had this undying love for theatre. Where my parents come from, having a stable income and stable life is the first thing. And people like us are so used to and like the uncertainties of life. Today, I am really happy, content, blessed and grateful. The reason why I am still stuck here is, there are more good things happening than bad things here.