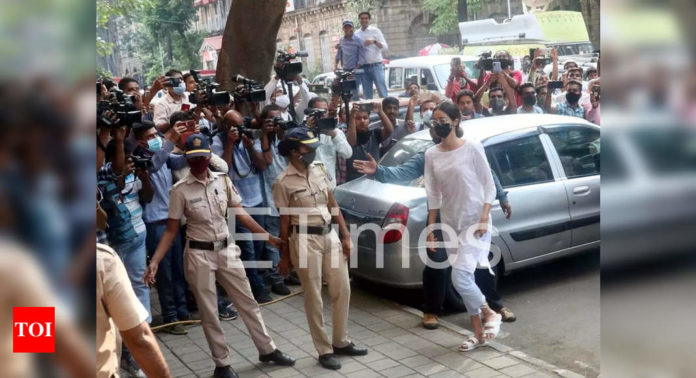 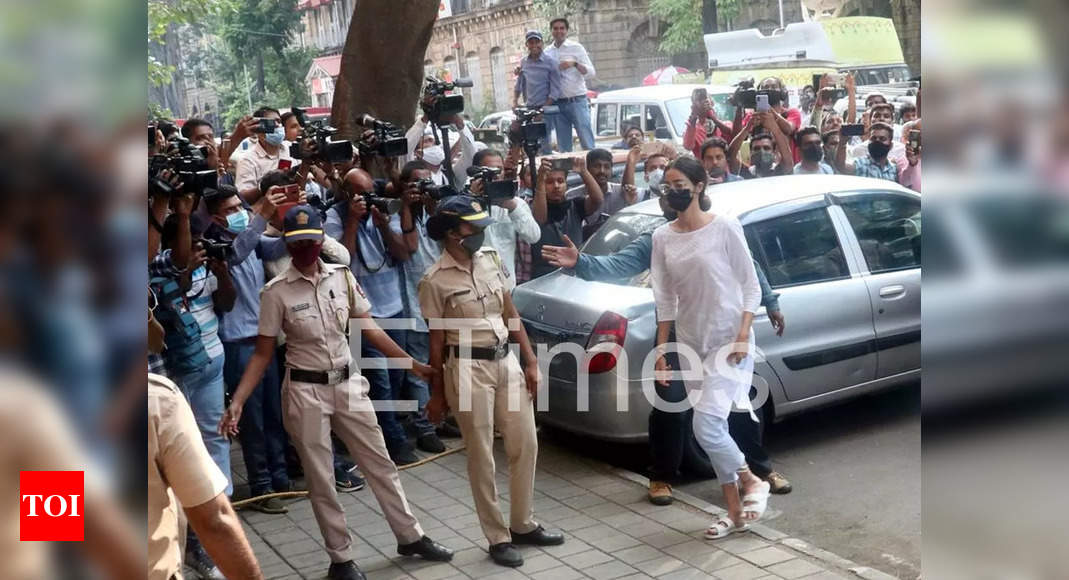 Ananya Panday, the daughter of Bollywood actor Chunky Panday, was summoned to the office of the Narcotics Control Bureau for questioning.
Also See: Shah Rukh Khan’s son Aryan Khan drug case Live Updates
The NCB claimed that the actress’ name apparently figures in some WhatsApp chats recovered from Aryan Khan’s phone and that she will be grilled by NCB zonal director Sameer Wankhede and a female officer.
According to a report on Times Now, the actress is not an ‘accused’ in the ongoing drugs case, but has been called in by the agency as a ‘witness’. The actress will reportedly be questioned about her chats with Aryan and that her statement will be recorded.

#NCB officials to quiz Actor #AnanyaPanday in connection with alleged WhatsApp chats between her & #AryanKhan.Shi… https://t.co/Q0xuaAjBrZ

Sources have revealed that Ananya’s mobile and laptop were seized by the NCB. However, when the officials were asked about the same, they refused to comment about the same.

While speaking to the media about the ongoing probe, an NCB officer clarified, “The investigation is going on. When NCB officials visit a person or location for questioning that does not mean the person is a culprit or being investigated. There are several procedures being followed.”

A team of NCB officers also paid a formal ‘visit’ to the residences of Bollywood megastar Shah Rukh Khan in Bandra and raided a location in Andheri on Thursday as part of the ongoing probe into the October 2 luxury cruiser party.

“The NCB Mumbai Zonal Unit officials visited ‘Mannat’, the residence of Aryan Khan in connection with the (Cr.94/21 case) for seeking certain material related to the investigation of the case from Shah Rukh Khan, by following due procedure of notice, etc.,” said NCB Zonal Director Sameer Wankhede in a statement later.

He also dismissed reports in sections of the media dubbing the NCB trip to the superstar’s sea-facing bungalow as a ‘raid’.

As part of its probe, the NCB has arrested a total of 20 persons so far, and more arrests are not ruled out.
Credit Source – https://timesofindia.indiatimes.com/entertainment/hindi/bollywood/news/ananya-panday-to-be-grilled-by-sameer-wankhede-on-whatsapp-chats-with-aryan-khan/articleshow/87185137.cms