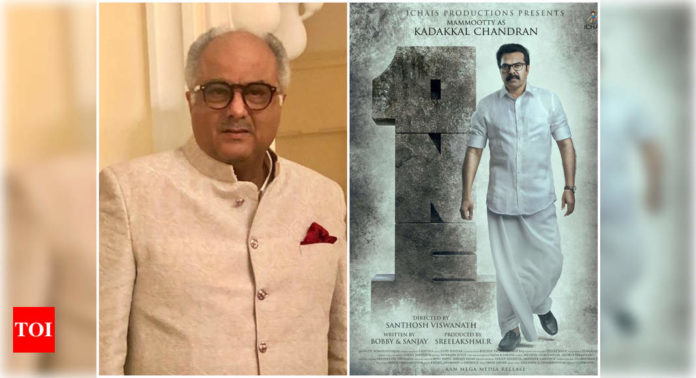 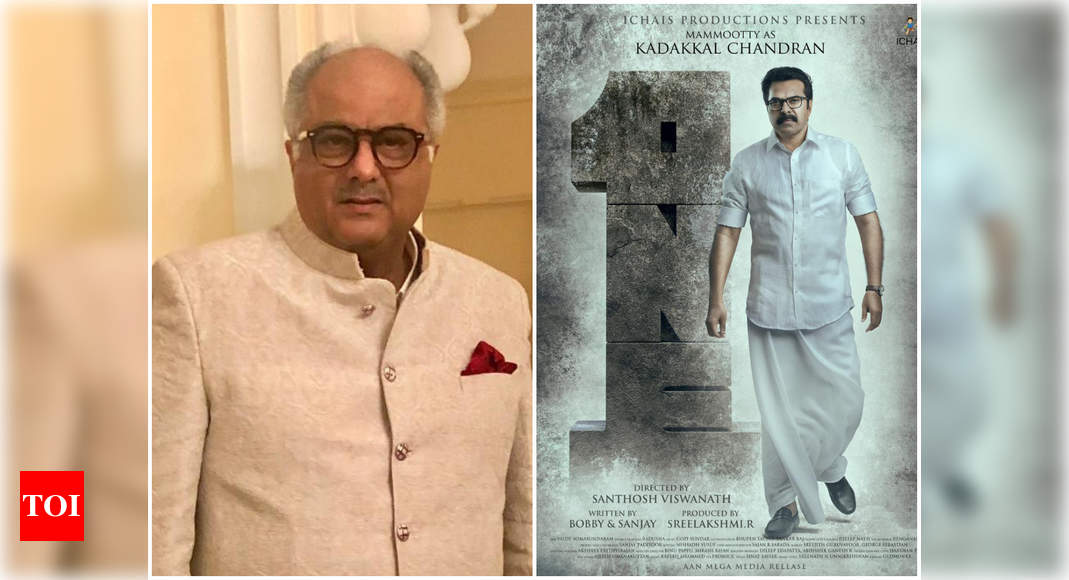 Boney Kapoor has acquired the remake rights of Mammootty’s Malyalam 2021 hit political drama ‘One’ for all Indian languages. ETimes has it that a big and dependable actor will be approached to play in the Hindi remake.
Boney’s friend and Paras Publicity’s Rajesh Vasani was the one who suggested to Boney that he should go for ‘One’.
After ‘Maidaan’ with Ajay Devgn is complete, Boney will commence the shoot of the Hindi remake of the 2019 Malayalam film ‘Helen’ with his daughter Janhavi Kapoor in the lead, followed by the Hindi remake of the 2019 Tamil film ‘Comali’ with his son Arjun Kapoor.
Vasani says, “We can proudly say that one Kapoor has captured the South industry now. Boney has made the super successful ‘Vakeel Saab’ and more recently, the remake of ‘Pink’ in Telugu with Pawan Kalyan. Soon, he will splash Ajith Kumar’s ‘Valimai’ in Tamil. He is also going to remake ‘Article 15’ in Tamil with Udhayanidhi Stalin.”

The Hindi remake of ‘One’ is likely to go on floors in the first quarter of 2022.
‘One’ was the tale that depicted the politics and governance ideologies and duties of an ideal Chief Minister. Kadakkal Chandran (Mammootty) was shown as the CM of Kerala, who undergoes a transformation and brings about a Right to Recall tool against corrupt ministers.

When contacted, Boney confirmed that he has made the purchase in question.
Credit Source – https://timesofindia.indiatimes.com/entertainment/hindi/bollywood/news/boney-kapoor-to-remake-mammoottys-one-in-hindi-exclusive/articleshow/83900822.cms