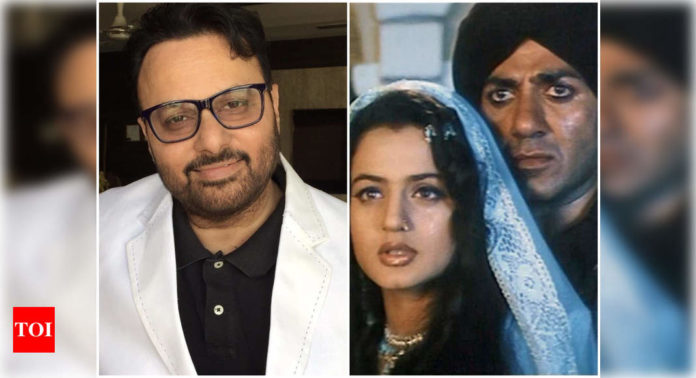 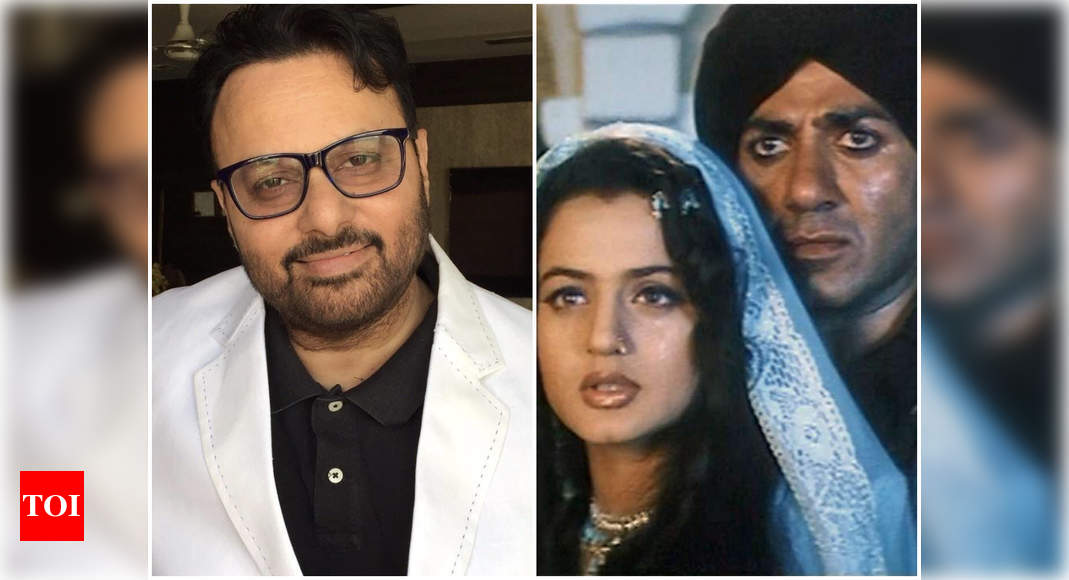 20 years ago Anil Sharma’s 2001 period drama ‘Gadar: Ek Prem Katha’, changed the way we viewed film narratives. While it had all the trappings of a regular Bollywood potboiler, it also had elements that elevated it above the rest and made the film stand apart despite being followed up by several cross-border love stories. A love story set in the time of the Partition of India in 1947, the film starred Sunny Deol, Ameesha Patel, Lilette Dubey, and Amrish Puri in pivotal roles. The film’s director, in an exclusive chat with ETimes, opens up about the creative process, and fond memories attached to the film. Read on:
What went into bringing the script of ‘Gadar: Ek Prem Katha’ to life?
I always had in mind to make a period drama consisting of a love story, which would be cherished, talked about, and reminisced for a lifetime. Other than that, I wanted viewers and individuals to know the importance of love as a strong emotion, despite all the hardships. The blend of romance with hard-core action, commercialised with a great bunch of songs and impactful dialogues is what our viewers needed, and this is how a movie remains impactful and evergreen.

There are so many stories that took birth during the partition, and when I got to know of this one, I connected with it. I studied about the time period, watched a lot of documentaries, read a lot of books, and came to a conclusion of how there were millions of people sacrificing, or being killed in the name of their country, but again, how does someone react to a situation or take care of themselves when there’s love in between?

After that, we immediately started collecting resources for production. Back then there weren’t VFX and other high-end cameras to shoot crowds or wars. Getting steam-engine trains, trucks and bogies, and assembling all of them was a challenge. Other than that, making sure that the movie connects with people 10 years or even 20 years down the line, was a challenge too. We wanted to make it real.

What are some of the fond memories from the shoot?

Just thinking about the movie gives me goosebumps. We’ve made truckloads of memories. ‘Gadar’ was itself such an intriguing story, every tiny bit we shot remains special in some way or the other. Once, when we were shooting in Lucknow, there was a political feud. We were supposed to shoot at the Bara Imambara but were informed that there was an emergency at Imambara, and were stopped from shooting. But the then-Chief Minister gave us the permit. There were two political parties fighting, and we were stuck in the middle since we had to use the shooting location. There were around 5000 people stuck with us. Hence, we couldn’t exactly shoot inside the location. Due to the political trouble, we somehow wrapped it and fled Mumbai at the earliest. A few days later, we received a report that stated there would be an attack or a bomb blast if we stepped inside the Imambara with 5000 people.

Were Sunny Deol and Ameesha Patel the first choices for the film?

Sunny Deol was already on board with us from the start. We had to find the perfect heroine. Finding a girl with body language, relevant to the ’40s-’50s era was indeed a challenge. Ameesha wasn’t in the spotlight back then. She was one film old, and so so new, and we didn’t really know much about her. We had auditioned so many girls, and there were big actresses who asked for the role, most of them didn’t have dates, while there were others who refused, some didn’t want to work with us. Ameesha had to audition. We realised she was the apt person for the role, no one else could have pulled off the character as she did.

Tell us something about the dialogues and the songs. They have achieved cult status over the years…

Yes, you are right. The dialogues and the songs became a rage. I always wanted to make a movie like ‘Sholay’, where dialogues had their own fan base. As a director, when you create a film, pay extra attention to the situations and the scenes you show. A situation-based dialogue works better and stays impactful. Today we find movies, where dialogues are used to commercialise a film, which is totally irrelevant to a situation. Since all of my dialogues in ‘Gadar’ are situation-based, maybe that’s why they remain impactful to date. (Smiles) A situation makes a dialogue a hit.
One scene from the film which is extremely special to you…

The visualisation of the ‘Musafir Jaane Wale’ song is something really close to me. The scene was indeed a visual treat for all of us–it’s painful, sensitive and sweet, and very carefully shot. Sunny and Ameesha’s on-screen romance really touched me. Other than that, the mother-son relationship portrayed in the film remains special too. Credit Source – https://timesofindia.indiatimes.com/entertainment/hindi/bollywood/news/20yearsofgadar-director-anil-sharma-we-were-once-warned-about-repercussions-if-we-stepped-inside-imambara-for-shooting/articleshow/83536654.cms