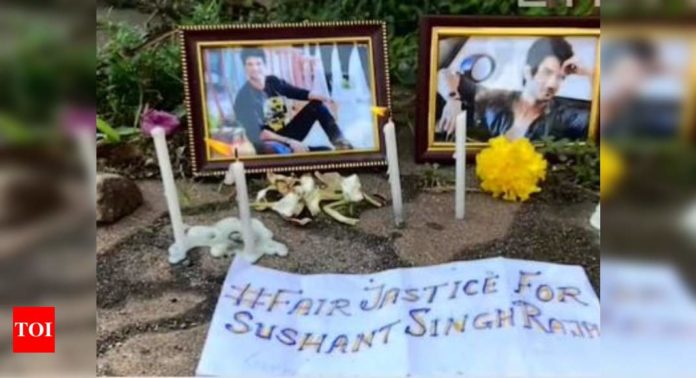 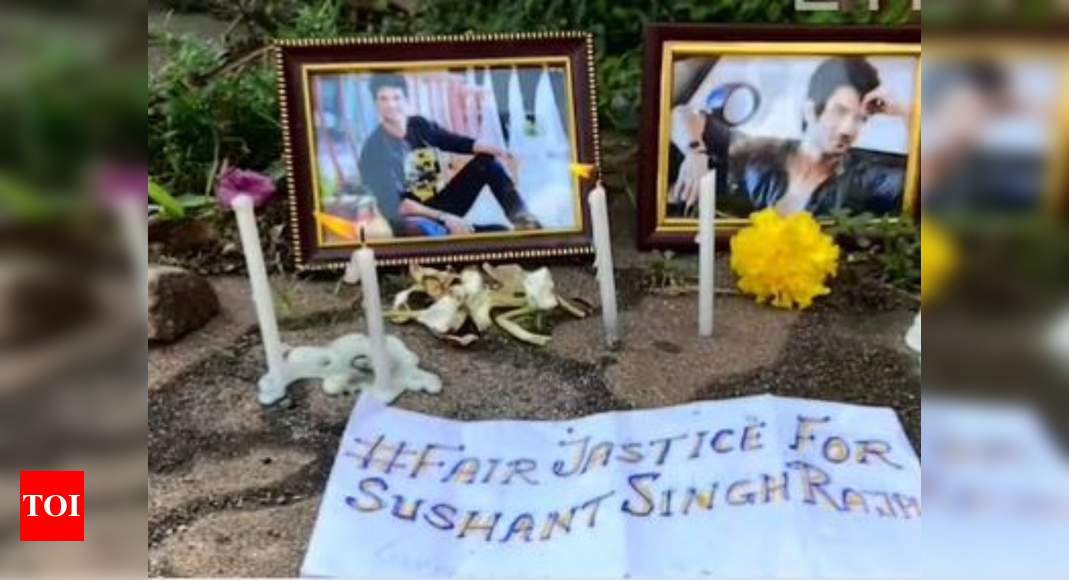 Today marks a year of Bollywood actor Sushant Singh Rajput’s untimely demise that left the entire nation in shock. The actor was found dead at his residence in Mumbai on June 14th last year. Now a year later, his fans have gathered outside his apartment in Bandra, Mumbai to pay their tributes to the actor. They were also holding placards that read, ” #FairJustice for Sushant Singh Rajput” in connection with the actor’s ongoing death case.
Have a look:

Meanwhile, fans are also remembering the young actor with heartfelt posts in his loving memory on social media and trending #SushantSinghRajput.

On the other hand, celebs are also taking turns and fondly revisiting throwback moments with SSR. Sushant’s co-star Bhumi Pendekar shared BTS pictures of him and wrote, “Miss you, your questions and everything we spoke about. From the stars to the things unknown, you showed me the world like I had never seen it before. I hope you’ve found your peace my curious sweet SSR…Om Shanti 🤍 #Forever #Ssr #Peace #neutronstar.”

In an exclusive interaction with Bombay Times, filmmaker Rumy Jafry said, “After a long time, I came across an actor, from a younger generation who I could bond with really well. In a short span of time Sushant got close to not just me, but also my family. He used to call my wife, ‘maam’, and would like to have food cooked by her. He would also chat a lot with my son and daughter. Sushant was a well learned man and could talk on any topic for hours, and that’s how he bonded with my kids too.”

Apart from his, Sushant had last worked with Sanjana Sanghi in the Hindi adaptation of ‘The Fault In Our Stars’ which was released on the OTT platform after his demise.
Credit Source – https://timesofindia.indiatimes.com/entertainment/hindi/bollywood/news/sushant-singh-rajputs-death-anniversary-fans-gather-outside-late-actors-mumbai-residence-to-pay-a-tribute/articleshow/83505433.cms