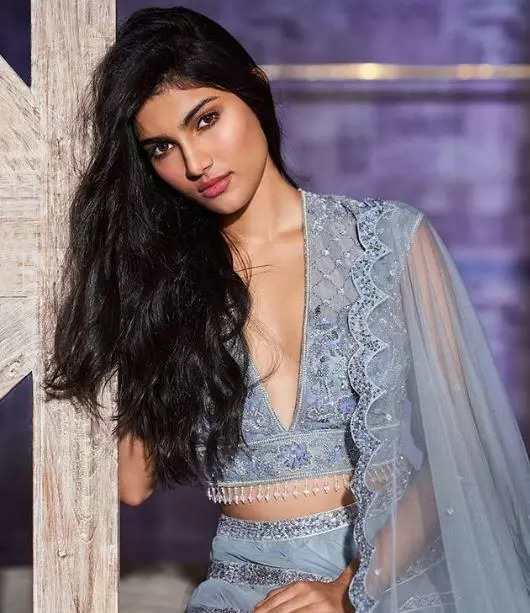 Salman Khan’s niece Alizeh has been making news since a few days. The time has come for her to enter Bollywood. There has been widespread speculation about her debut film’s director, who is going to wield the megaphone. It is known that Salman, and Alizeh’s father, Salman’s brother-in-law Atul Agnihotri, are behind the film. Now, we reveal the director.
ETimes has heard that it’s going to be Soumendra Padhi- the man who directed the ‘Jamtara’ web series starring Amit Sial, Aksha Pardasany, and Dibyendu Bhattacharya in main roles.

No prizes for guessing that the Khan-daan must have approved of this man, knowing that he is very talented. Mummy Alvira Agnihotri, inclusive!

A source says, “Soumendra was finalised for Alizeh’s first film since nearly a year. However, it is not known yet in trade circles if at all there has been a change. So, as on date, it’s Soumendra.”

We also hear that the movie in question is largely going to revolve around Alizeh.

Papa Atul Agnihotri is apparently not disclosing the director’s name yet; he did not respond to our calls and text messages. Soumendra, too, chose to remain unavailable for comment.
Credit Source – https://timesofindia.indiatimes.com/entertainment/hindi/bollywood/news/is-this-the-man-who-will-direct-salman-khans-niece-alizehs-first-film-exclusive/articleshow/88029153.cms