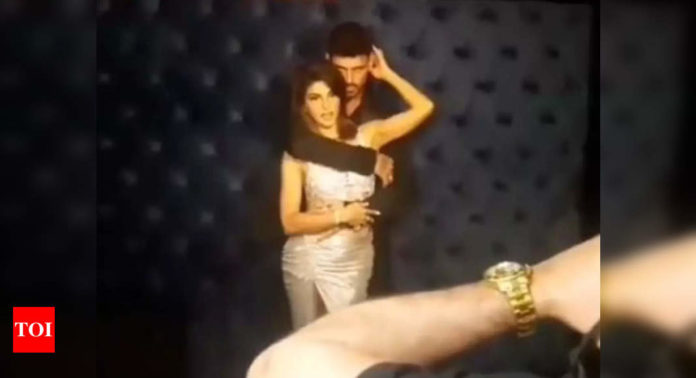 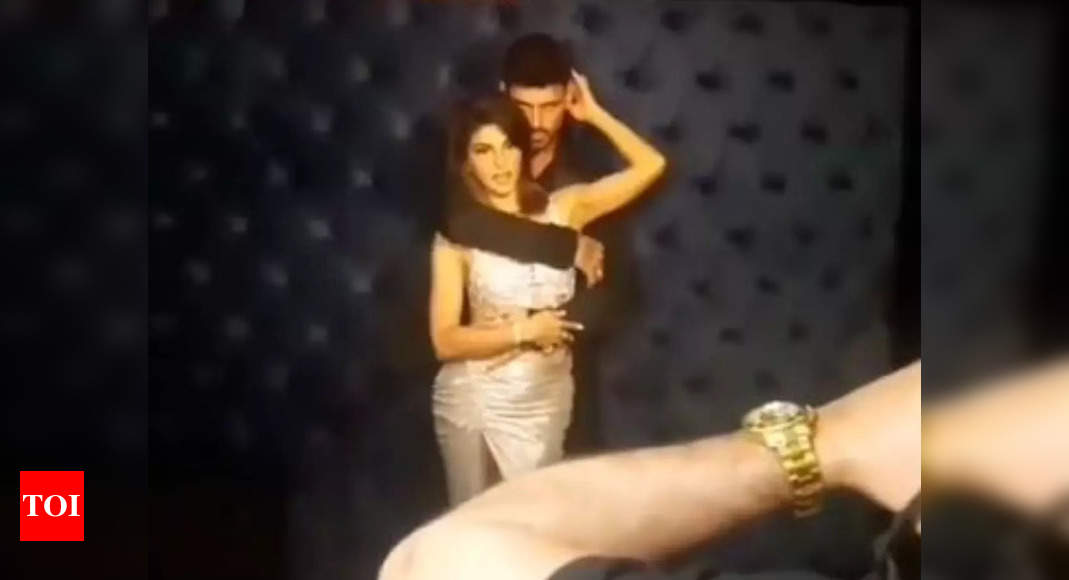 Bollywood actress Jacqueline Fernandez and global icon Michele Morrone are coming together for a special project and fans can’t keep calm!
Recently a video surfaced of Jacqueline and Michele Morrone during a photoshoot in Dubai. In the video clip, both the actors exude sizzling chemistry as they intensely posed for the camera. While Jacqueline has donned a golden high slit gown, Michele looked dapper in a black suit.

A source close to the actress reveals, “Jacqueline Fernandez flew to Dubai a couple of days ago. She had a list of things lined up for her. She started off with finishing of the events first and the most awaited collaboration for later. Jacqueline is currently shooting with the Italian actor Michele Morrone for a project in Dubai.”

This is the first time Michele Morrone is collaborating with an Indian actress on a project.

Meanwhile, on the work front, Jacqueline recently appeared in a horror-comedy film released on the OTT platform. She had shared the screenscape with Yami Gautam, Arjun, and Saif Ali Khan in lead roles.
Credit Source – https://timesofindia.indiatimes.com/entertainment/hindi/bollywood/news/jacqueline-fernandez-shoots-with-365-days-star-michele-morrone-in-dubai-video-goes-viral/articleshow/87041670.cms