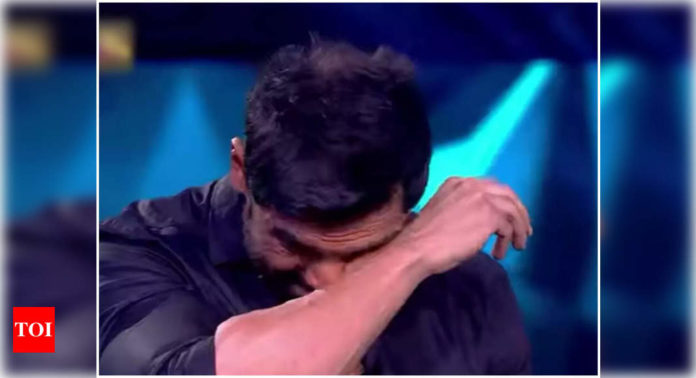 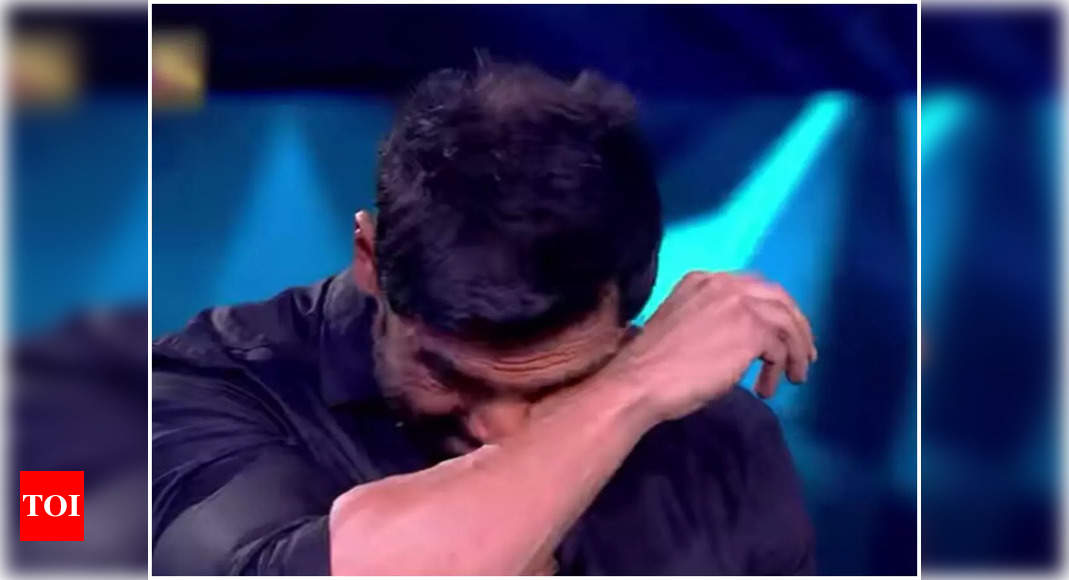 He might be a hulking super hero on screen, but behind all the muscles and machismo John Abraham is a softie and his heart is with animals and their welfare. On the recent episode of Kaun Banega Crorepati, where the team of ‘Satyameva Jayate 2’ was promoting their film, John was moved to tears, to the extent that Amitabh Bachchan had to offer the action star tissues to wipe his tears and water to calm him down.
John, who was playing along with his co-star Divya Khosla Kumar and producer Nikhil Advani, would donate his prize money to the welfare and care of abandoned and needful animals at the Kalote Animal Trust founded and managed by Animal Rights activist Sameer Vohra. During the episode, when a video featuring Vohra was aired, where the young activist spoke of several incidents of animal cruelty and misfortune, John broke down in tears. Not just John, even Nikhil Advani was seen wiping a tear, while Divya and Amitabh Bachchan, too were moved by the stories.
An inconsolable John wept and Mr Bachchan got up from his seat to offer him tissues and water. Just before this, John had also introduced well-known lawyer and Animal Activist Meet Ashar, while recalling haunting stories of people abusing speechless animals by shooting them and torturing them, too. John said, “People feels by hurting animals they can show off their manhood. I am man, too. I can break stuff pick up a motorcycle over my head, I could do a lot to show off my machismo. But hurting a voiceless animal is wrong.”

John, Meet and Sameer were both seen advocating a change in laws with regards to Prevention of Cruelty to Animals and needless to say, everyone in the audience and the celebs were all moved at with their words.