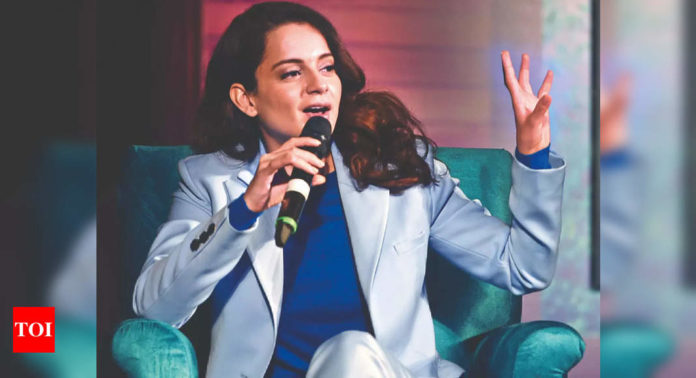 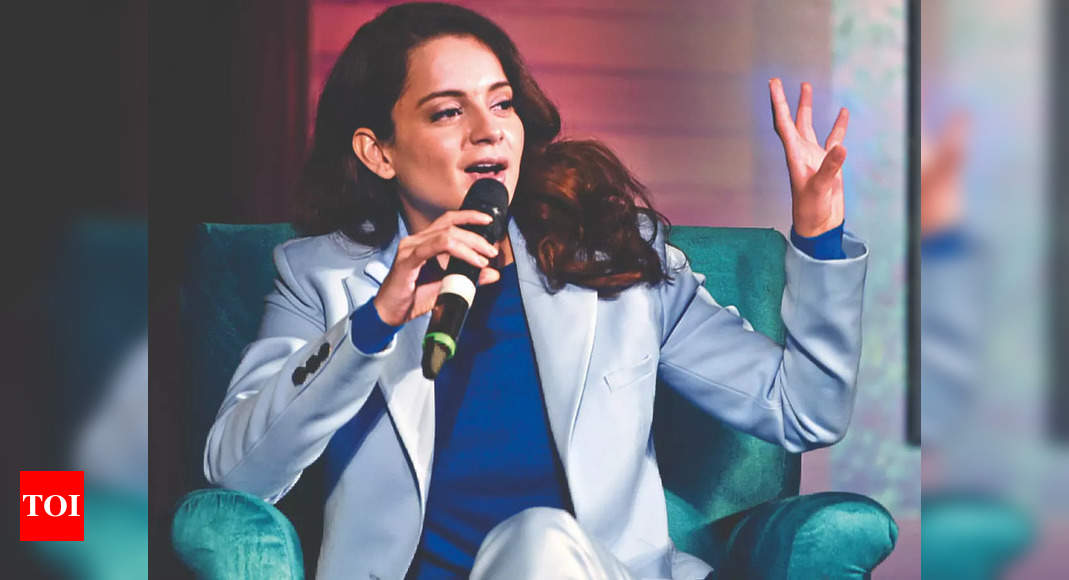 Kangana Ranaut is facing an FIR for her recent statements speaking about the farmers’ protest. The actress allegedly tagged the farmers’ protest as Khalistani movement. The FIR has been lodged at the suburban Khar police station. This comes a day after the Delhi Sikh Gurdwara Management Committee (DSGMC) submitted a complaint against the actor.
The actress has been booked under section 295A (deliberate and malicious acts, intended to outrage religious feelings of any class by insulting its religion or religious beliefs) of the Indian Penal Code (IPC) and further investigation was underway, an official told PTI. According to the official, the complainant in the case is Amarjeet Singh Sandhu, a Mumbai-based businessman who was part of a DSGMC delegation that submitted the complaint on Monday. In a statement, Sandhu accused the actor of making derogatory remarks against his community in a post on Instagram. After submitting the complaint, the DSGMC delegation, led by Manjinder Singh Sirsa, a Shiromani Akali Dal (SAD) leader who is also president of the organisation, had met Maharashtra home minister Dilip Walse Patil and top officials of the Mumbai police, and demanded action against the actress.

In the complaint, the DSGMC mentioned that the actress had intentionally and deliberately portrayed the farmers’ protest (Kisan Morcha) as a ‘Khalistani’ movement and also dubbed the Sikh community as ‘Khalistani terrorists’. She also made references to the 1984 anti-Sikh riots and the then prime minister Indira Gandhi, it said. In the post, the actor has used very derogatory and insulting language against the Sikh community, according to the complaint. “This act on her part is most degrading, disrespectful and contemptuous, which has hurt the sentiments of the Sikh community settled all over the world,” it added.

In a social media post, Kangana had stated, “Khalistani terrorists may be arm twisting the government today. But let’s not forget one woman. The only woman prime minister ne inn ko apni jooti ke niche crush kia tha (The only woman prime minister crushed them under her shoe) No matter how much suffering she caused to this nation… she crushed them like mosquitoes at the cost of her own life… Lekin desh ke tukde nahi hone diye (but didn’t let the country disintegrate) even after decades of her death aaj bhi uske naam se kaampte hai yeh inko vaisa he guru chahiye (even today, they shiver at her name, they need a guru like her).”
Credit Source – https://timesofindia.indiatimes.com/entertainment/hindi/bollywood/news/fir-filed-against-kangana-ranaut-for-allegedly-calling-farmers-protest-as-the-khalistani-movement/articleshow/87872373.cms