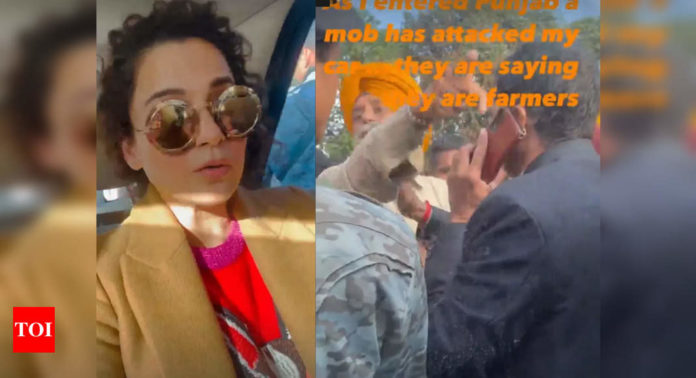 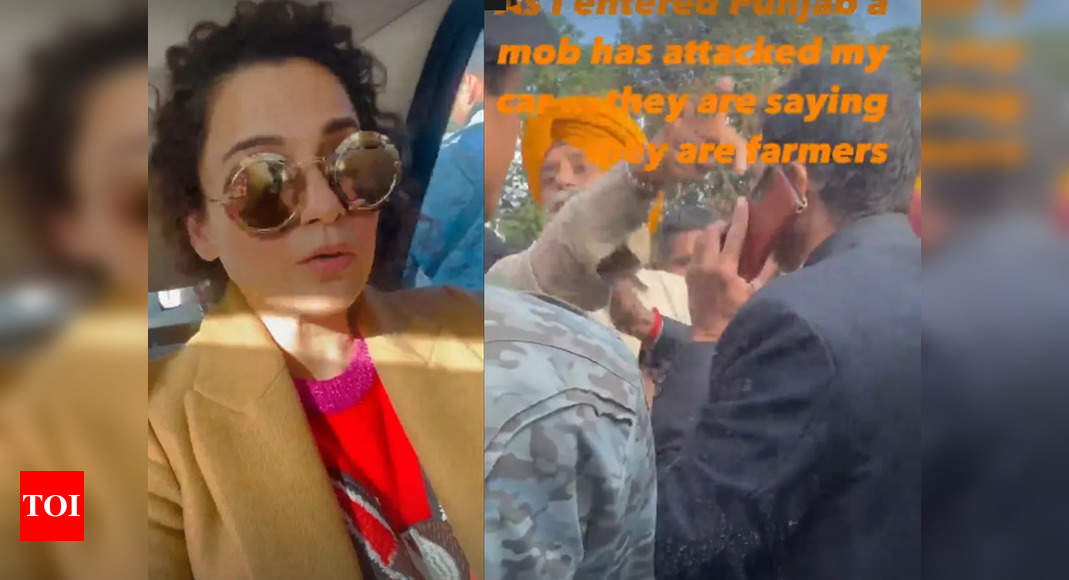 Kangana Ranaut seems to be facing protest from the people of Punjab while she was travelling from the state. The actress recoded a series of videos from her car with citizens surrounding her vehicle.
In the video, the actress revealed, “I have left from Himachal and arrived in Punjab because my flight was cancelled. My car has been surrounded by a mob who are calling themselves as farmers and are attacking me. They are hurling abuses at me and threatening to kill me.” Further alleging politics and mob lynching, the actress added, “In this country this kind of mob lynching is happening openly, if I didn’t have security then what would have happened? The situation is unbelievable. There are so many cops here but still my car is not allowed to leave. Am I some politician? This behaviour is unbelievable. A lot of people are playing politics in my name and this situation is a result of the same. If the cops wouldn’t have been here then they would be lynching openly. Shame on these people!”
In a follow up video, Kangana was seen interacting with a woman from the crowd and holding her hand. After exiting from the place, Kangana happily stated, “I am completely safe and have left from there. Thanks to Punjab police and CRPF. ”
Kangana was recently in the news after an FIR was filed against her, for her statement comparing the farmers’ protests to the Khalistani movement. The actress had also alleged that she was getting death threats and had filed an FIR for the same.