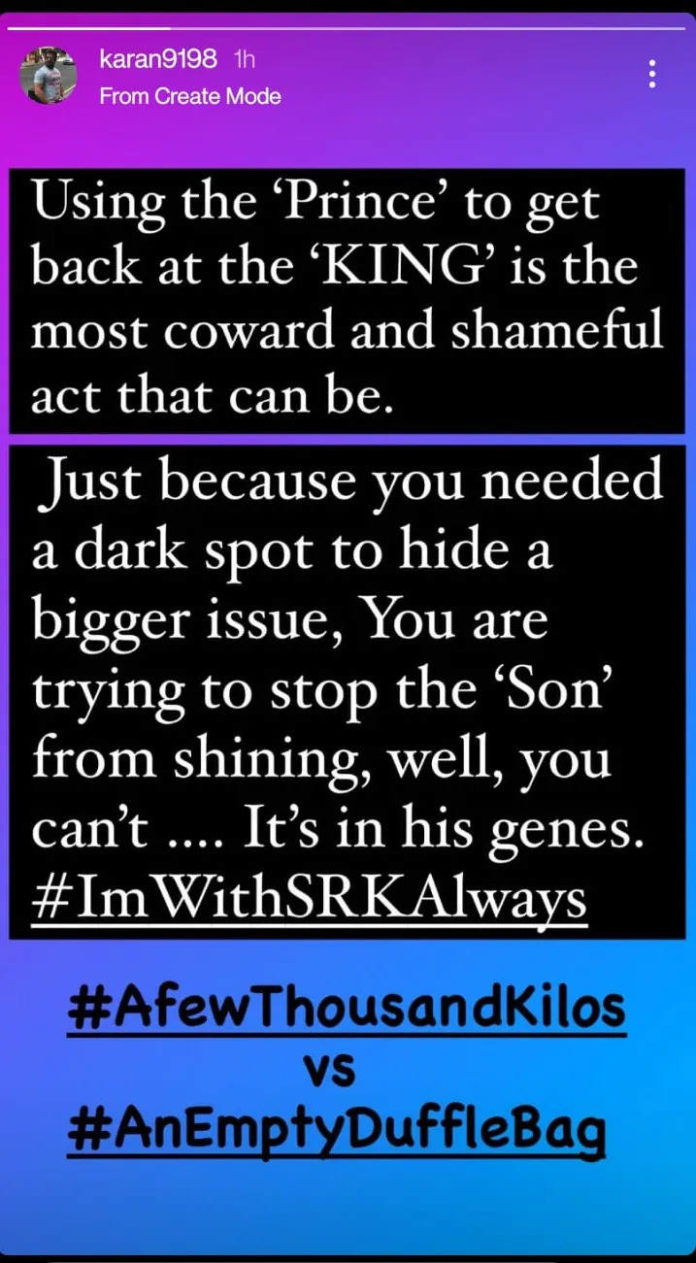 After Shah Rukh Khan and Gauri Khan’s son Aryan Khan’s arrest in an alleged drug case, B-town and TV celebs have come together to extend their support to the family. The star kid was arrested on October 3 along with seven others from the Mumbai cruise ship after the NCB busted a drug party.
TV actor Karan Patel is the latest addition to the list. He took to social media to show his support to SRK and his son. In his note, Karan mentioned that Aryan is being used to target SRK.

Sharing a note on his Instagram story, Karan wrote, “Using the ‘Prince’ to get back at the ‘KING’ is the most coward and shameful act that can be. Just because you needed a dark spot to hide a bigger issue, You are trying to stop the ‘Son’ from shining, well, you can’t… It’s in his genes. #ImWithSRKAlways,” he wrote, adding, “#AfewThousandKilos vs #AnEmptyDuffleBag” Have a look: 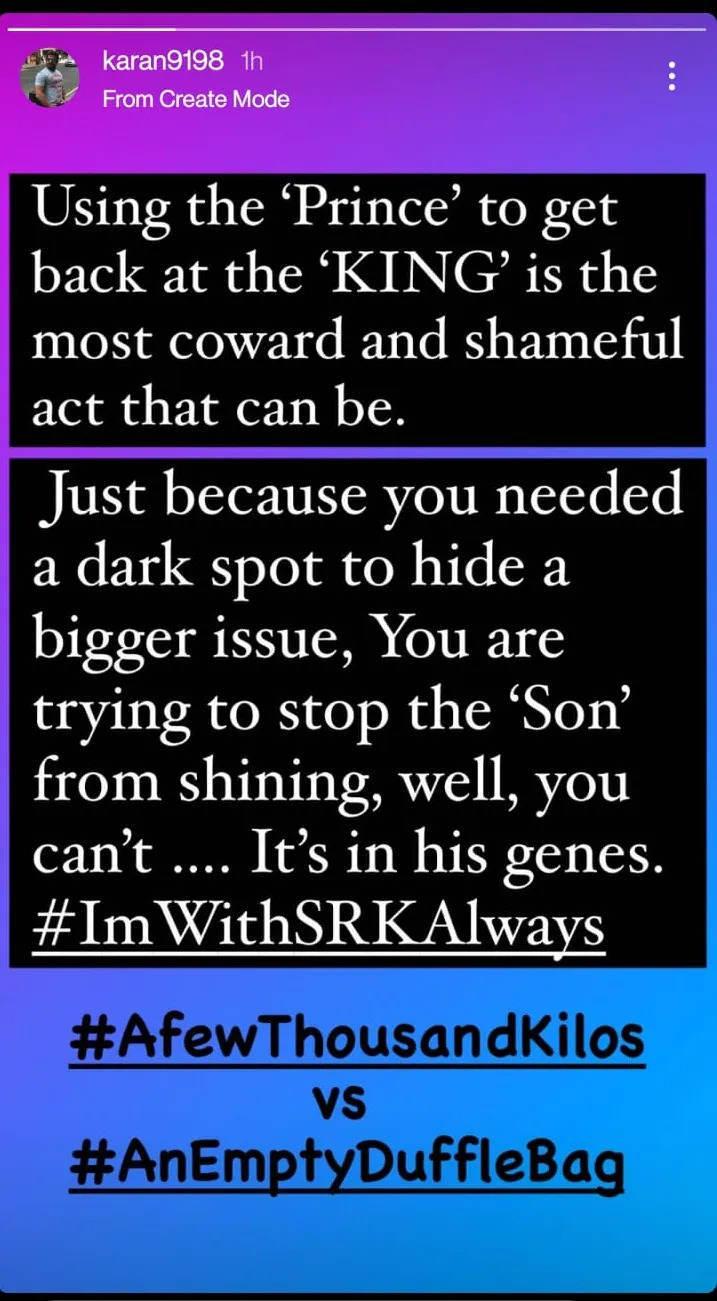 Meanwhile, Aryan’s bail plea was rejected on Friday on the grounds that it was not ‘maintainable’ and since then, he has been lodged at the Arthur Road jail. His bail plea will be heard today in the Mumbai Sessions court.
Recently, SRK and Gauri’s friends were seen visiting them at Mannat. Salman Khan and his sister Alvira Khan were seen entering their residence after Aryan’s arrest. Celebs like Hrithik Roshan, Farah Khan, Raveena Tandon, Pooja Bhatt and Suchitra Krishnamoorthi amongst others were seen posting supportive messages on social media.

SRK was busy shooting for his next with Atlee and ‘Pathan’. But the actor had to postpone his work commitments to be there for his son.
Credit Source – https://timesofindia.indiatimes.com/entertainment/hindi/bollywood/news/shah-rukh-khan-and-aryan-khan-get-support-from-karan-patel-says-using-the-prince-to-get-back-at-the-king-is-the-most-shameful-act/articleshow/86983172.cms