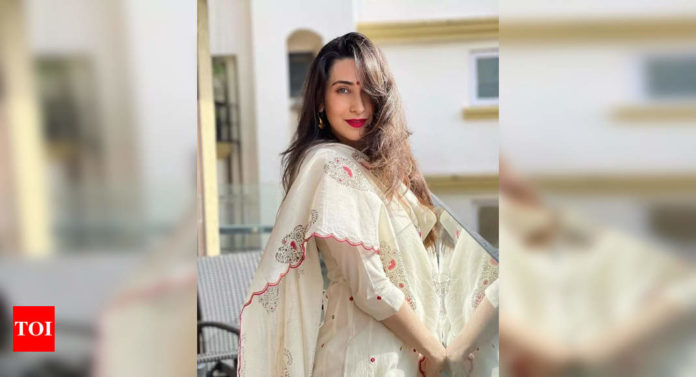 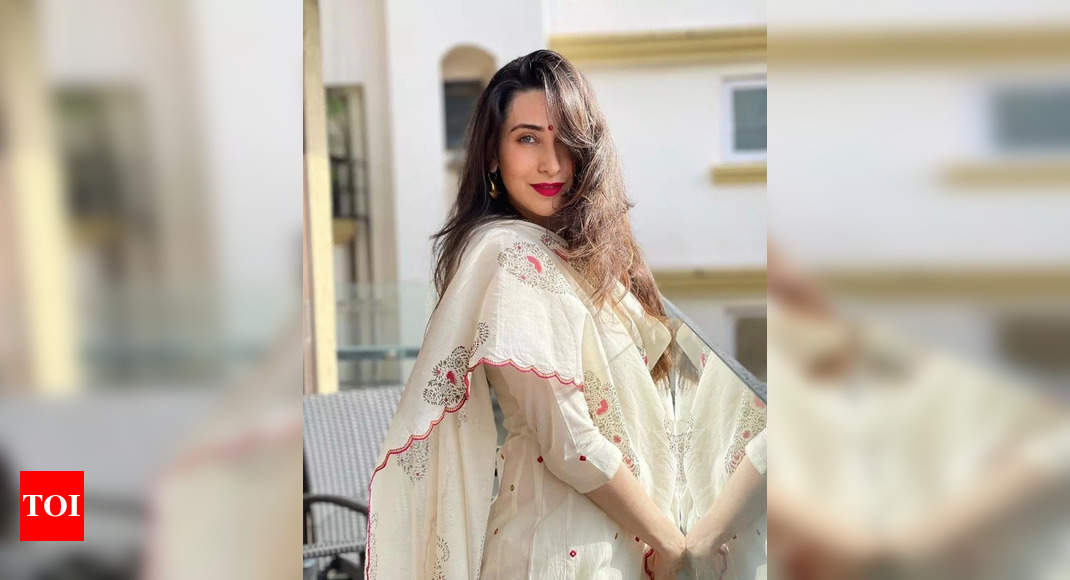 Have you seen Karisma Kapoor’s latest Instagram entry? The diva looks beyond gorgeous as she shared two stunning pictures in traditional wear and her desi look has already sent social media into a tizzy.
She may not have been seen on the big screen for a while now, but Karisma stays connected with fans via her engaging Instagram page. The actress regularly shares candid pictures from her life, whether at home spending time with family or as a celeb guest on reality shows.
In her latest post, the actress looks like a bundle of happiness giving a glimpse of her weekend vibes as she channels her inner diva. Karisma captioned it, “Being to become 🌺🙏🏼”

Karisma Kapoor has always been a fitness enthusiast and doesn’t even look a year older from when she made her showbiz debut almost three decades back. The 47-year-old looks like as graceful and fit as ever. There’s no doubt that she is aging like fine wine. Whether it’s her stellar performances or her fashion statement, the star has always been ahead of the curve.
Also Read:
On the work front, Karisma Kapoor was last seen in the 2012 film ‘Dangerous Ishhq’. Since then she has appeared in special roles in films like ‘Bombay Talkies’ and ‘Zero’. She made her OTT debut last year alongside Tillotama Shome and Dino Morea.