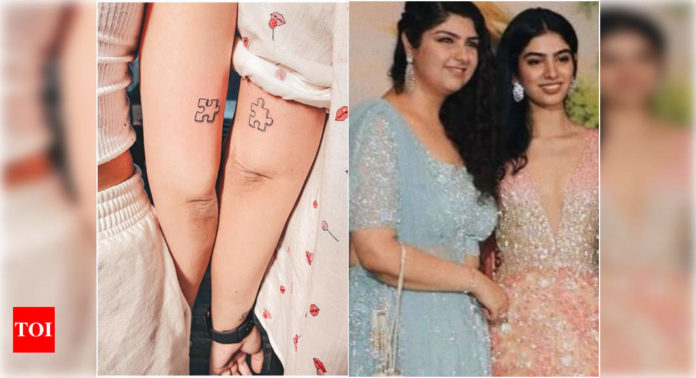 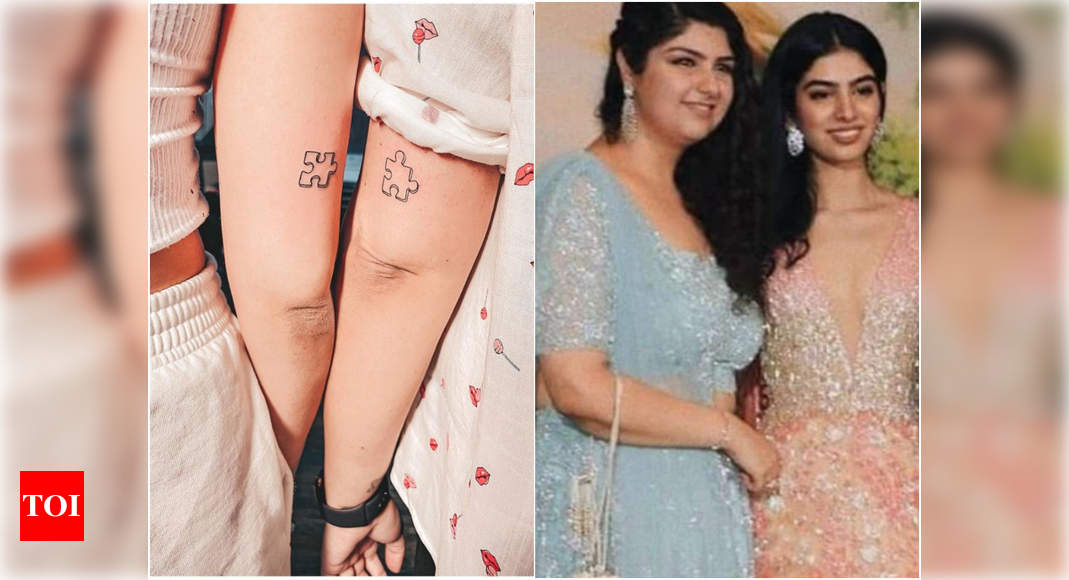 Looks like Arjun Kapoor’s sisters Khushi Kapoor and Anshula Kapoor, made an adorable new pact, and this time it was about getting matching tattoos. The sisters recently got themselves inked, inspired by the pieces of a jigsaw puzzle. Have a look :
Anshula Kapoor took to her social media handle to share a glimpse of the same and also added a little note which read, ‘Love you to pieces @khushi05k hehe 👯‍♀️ #Punny #CozWeFitTogether’. Khushi Kapoor acknowledged her sister’s adorable display of affection and wrote, ‘Love you🥺🥺❤️❤️❤️’

Meanwhile, on the work front, Khushi is most likely to be launched in 2022 according to a source. She had completed a year of preparation in acting in New York in 2019, and had been wanting to join Lee Strasberg Theatre & Film Institute. Janhvi too studied in that institute.
The source also stated that, ‘Khushi would have probably finished that course if COVID hadn’t struck, but the slow past one year hasn’t deterred her ambitions. So currently, she’s exploring what best she can avail of. Earlier, Janhvi had accompanied her to the U.S.A to help her make the best decision.