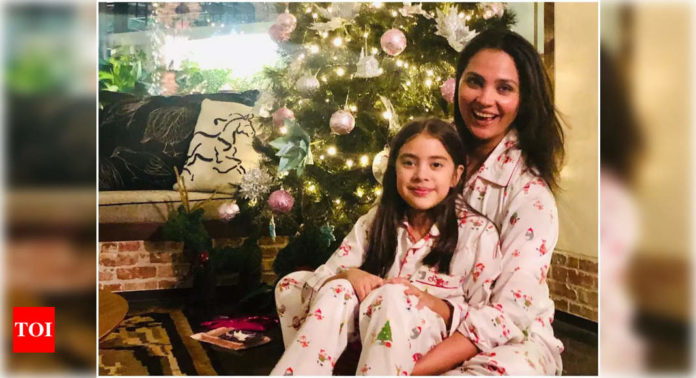 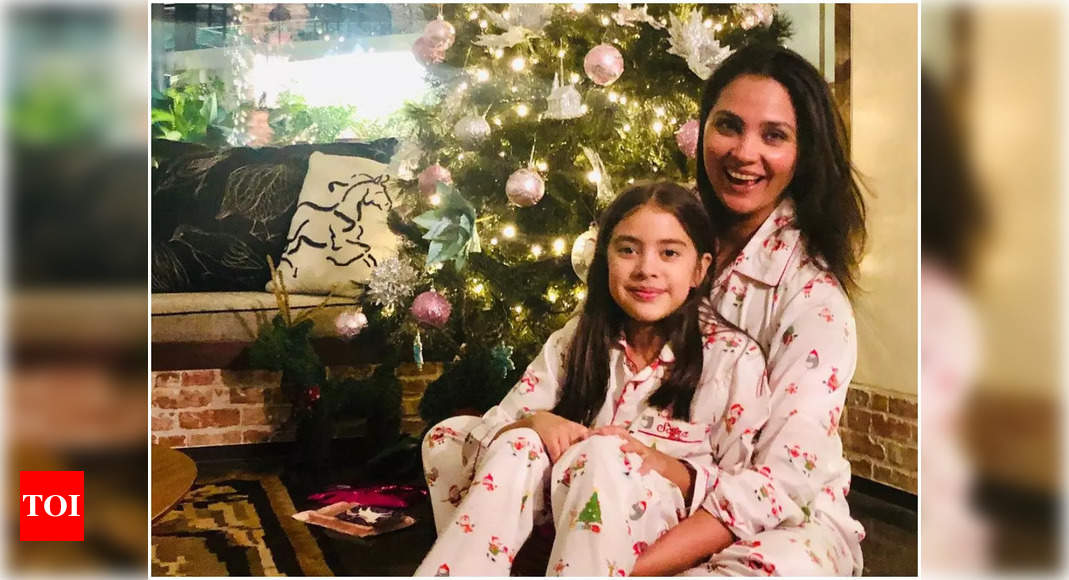 Actress Lara Dutta recently spoke about how her daughter knew the concept of divorce when she was 4 years old.
Elaborating further, the actress said, it was her husband, Mahesh Bhupathi who taught Saira about it when they were watching the classic TV show Friends. Lara said, ‘Friends’ is Mahesh’s favourite show and he got his daughter hooked onto it as well when she was just 4! So, one fine day, Saira came up to her and asked —‘Mum…’ she was playing a game and she said, ‘Oh, I’m living. This is my house, that’s your house and I’m divorce.’
Lara talked about the exact moment she had with herself on hearing the word and acknowledged that she ‘almost had a heart attack’, and asked her back who told her about the word..’ Her daughter then revealed that it was her father who spoke about it.

The ‘Bell Bottom’ actress shared that she immediately spoke to Mahesh about it and he was like, ‘No we were watching Friends and she wanted to know why Ross was married three times.’ I was like, ‘So you told her the meaning of divorce?’ That’s the kind of parents we are,” she said.