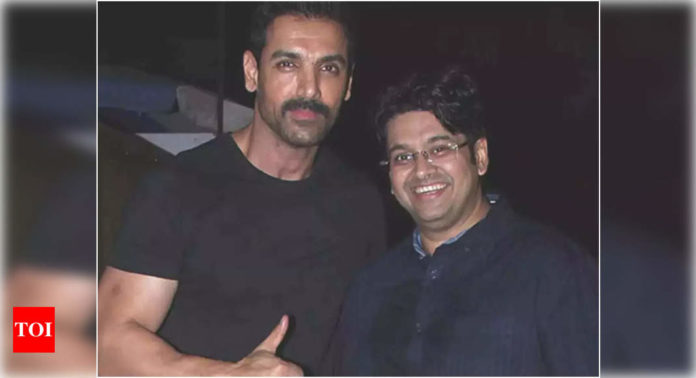 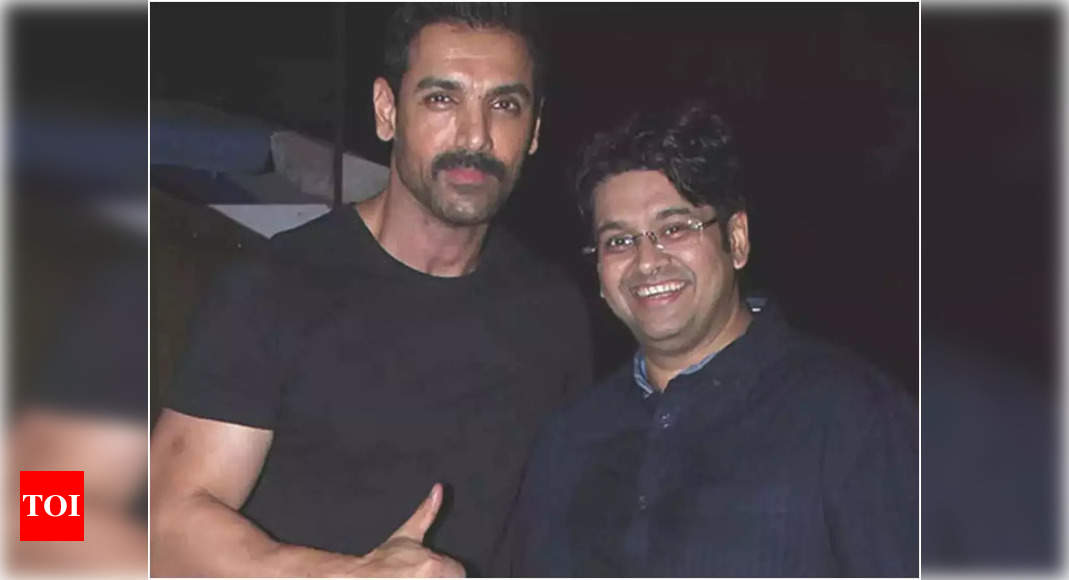 “My film is a humble tribute on my part to Manmohan Desai, Prakash Mehra, Subash Ghai, Rakesh Roshan. It’s aimed at the audience that whistles and claps in cinemas,” shares director Milap Zaveri, ahead of the release of his film ‘Satyameva Jayate 2’. From making movies for the audience to being called an outdated action filmmaker to reacting to critics’ opinions and reviews–Milap talks about everything in an exclusive conversation with ETimes. Excerpts:
‘Satyameva Jayate 2’ looks like a massy, intense, and out-and-out dark commercial entertainer. As a director how do you find the right balance between so many elements?
Well, as a director, I have grown up as an audience watching the work of filmmakers like Manmohan Desai sir, Prakash Mehra, Subhash Ghai, Rakesh Roshan. They’ve inspired me in my career. So, as a director, when you make a film like ‘Satyameva Jayate’, there is a responsibility to not only give out a strong powerful message, but also to entertain people; you don’t want to be preachy and bore people to death, you want to entertain with great dialogues, action, music, drama, heroism, romance. So, ‘Satyameva Jayate 2’ is an attempt to do all of that. And I hope I’d done it successfully with ‘Satyameva Jayate’ part 1, and ‘Marjaavaan’. Both the films did so well at the box office! So this time, the expectations are more because it’s a sequel, and again it’s coming out during a pandemic.
‘Sooryavanshi’ has paved the way for all of us. It has proved that audiences are back. They were just waiting for the right film to come. Because whenever commercial mass entertainers come to theatres, audiences go; they will not go for the boring, pseudo-intellectual stuff. They always go for entertainment and that has been proved once again.

As a director, when you create a story, what are your priorities? Do you focus on just the story, or on Jay’s perspective about the world?

Mostly it’s the story, but yes, while writing I do keep John (Abraham) in mind. In ‘Satyameva Jayate 1’, I wrote the script and then went to John, who heard it and loved it; he saved my career, my life. I tweaked a few things once he said yes. I finally had ‘Action Abraham’, then the idea of him tearing down the tyre and all that came later when we were making the film.

When I was writing part 2, I kept him in mind, because I knew what he’s good at. I know what the audience would like to see him do. I wrote those things at the script level itself. Both the films have very strong points of view against corruption. There is a strong view of right and wrong against what heroes should do.

John and you make a pretty good team. What’s the best part about working with him?

I’m just grateful that such a big star is showing so much faith in me, where he’s given me this franchise and brand, and he loves and believes in me. The kind of cinema that he likes actually is ‘Batla House’, ‘Madras Cafe’; John often jokes that Milap is my cheat day. He says he gets guilty pleasure when he gets to do these films. He’s my real-life hero, my Hulk, I believe he can smash anything (laughs). There’s a lot of respect, a lot of love, and gratitude. I owe him everything.

‘Satyameva Jayate 2’ looks like an angry film on establishments. For a country where people are so sensitive about politics, how challenging is it to place your craft?

The Censor Board has given the film a U/A certificate without cuts. Obviously, they also saw merit in what I’m trying to put out. If I’m criticising certain people in the film, I’m doing it within limits. I’m not making up stories about someone, I’m showing what happens and has happened in the country before and showing it in an entertaining way or hard-hitting way.

How do you determine who your audiences are?

Well, I’m very clear. My audience is the mass of this country, nominal aam janta – the paisa paying
public, who don’t care about critics’ reviews or pseudo-ism. They want entertainment and to have a great time in the theatres. If they get a message along with that they are most happy. Right? My Twitter handle is ‘Mass Zaveri’, so it’s very clear that I want to make bigger films for the masses. My film is a humble tribute on my part to Manmohan Desai, Prakash Mehra, Subash Ghai, Rakesh Roshan; the cinema that these directors made were so iconic and successful, and this film is a tribute to those people. It’s aimed at the audience that whistles and claps in cinemas.

While ‘Sooryavanshi’ got a solo release, in your case the numbers will be distributed between ‘Antim: The Final Truth’ and ‘Satyameva Jayate 2’. How do you look at the clash?

We are coming one day before ‘Antim’, and as far as the clash goes, ‘Sooryavanshi’ has proven that audiences are ready to come to cinema in huge numbers, right? Salman Bhai was kind and gracious enough to tweet our trailer. John tweeted theirs. That’s the kind of camaraderie and unity that his industry has. My request to audiences is to go and watch both our films. I feel both of us can do well. There are enough people out there; there are 1.3 billion people in this country.

Do box office numbers matter to you?

Only box office numbers matter to me. Nothing else matters. Box office numbers mean a lot of things—that my producers, exhibitors, distributors make money, my technicians get work because I get work. So many people’s houses run on the success of a film, right? If you give me an option of choosing between a zero-star review and box office business, I will any day choose the latter with all due respect to the critics. They all can have their point of view, I respect all of them and all of them are my friends, but I don’t make films for them. I make films for the audience.

You have also been labeled as someone who makes ‘outdated action movies’. How do you assess your craft?

Well, till audiences come to cinemas and keep watching those movies, they are obviously not outdated. The day the audience will stop coming to all those movies, then I’ll also change. I made a ‘Mastizaade’, it flopped; the audiences rejected it and I moved on and found a new genre. So, if tomorrow ‘Satyameva Jayate’ doesn’t work, I’ll reinvent. I’ll do something else. I’ll not do that if the critics say so, I will do that If my the audience tells me I’m doing something wrong. I will listen to them. If critics tell me I’m doing something wrong, I’ll respect their view but will not change my outlook on how I want to make my movies.

How much do you let critics’ reviews and opinions bother you?

I used to get affected when I was younger but now it doesn’t bug me. I think every critic has a target audience. Certain critics have to run down commercial cinema because their followers want them to. The day certain critics start liking ‘Satyameva Jayate 2’, they lose their followers (laughs). The critics don’t personally hate me, neither do they have a vendetta against me or want to pull me down. I only care about the audience’s opinions.
In the past you’ve made sex comedies, you’ve done a thriller in the form of a short film, too. How have your experiences with various genres come together to contribute to your sensibilities as a commercial filmmaker?

Whatever I’ve done as a writer-director has always been commercially entertaining, whether it was ‘Kaante’ or ‘Shootout At Wadala’ or ‘Mastizaade’ or ‘Grand Masti’ or ‘Main Tera Hero’, or ‘Ek Villain’ or ‘Housefull’ or ‘Heyy Babyy’, or ‘Satyameva Jayate’. It’s never been pseudo-intellectual. Whether it’s a comedy or a thriller or an action film, it has always been something that plays to the gallery and hopefully tries to connect with the masses. So that is what I have learned.