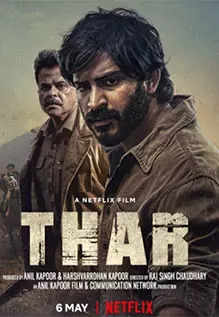 Synopsis: Set in the 80’s, a series of violent killings shake up a remote desert town in Rajasthan. Close to his retirement, local cop Surekha Singh (Anil Kapoor) is thrust to the forefront to nab the killers and uncover the motive. With various nefarious elements at play — drug trafficking, burglary and revenge — the case is trickier than it seems.

Review: As the cop and his friend-subordinate (Satish Kaushik) go around piecing together the jigsaw puzzle, they stumble upon a rugged stranger in town, Siddharth (Harsh Varrdhan Kapoor). The youngster introduces himself as an antique dealer. His stoical presence and suspicious aura intrigues a local damsel in distress (Fatima Sana Shaikh). Given the barren land’s proximity to the border, could there be more to the deaths than meets the eye?

Desert, dacoits and menacing darkness — writer-director Raj Singh Chaudhary’s film is an atmospheric, interesting reimagining of western noir. It uses the genre’s tropes with a twist and the gamble works to a certain extent in establishing tension and paranoia. A western saloon (bar) finds itself as a kachori place here frequented by the stranger and the cops. Be it the outlaws, shootouts, gold hunting, revenge, the lone cowboy aka stranger in town and extreme brutal violence, Thar sticks to its genre religiously. It unfolds like a thriller and manages to keep you engaged without slacking or stretching. However, the predictable payoff doesn’t quite live up to the rousing, slow burn build-up. You feel the story stops short of going all the way sinister in terms of psyche and not graphic violence.

As you grow older, the regret of having led a safer life is acute and that aspect is well explored through Surekha. Anil Kapoor’s character in particular is well-written but the same cannot be said for other key characters. Most are marred by formulaic bad guy existence. Dialogues do stand out though. One can trust Anurag Kashyap to conjure emotions through his clever lines. His hard-hitting dialogues never fail to challenge the socio-political status quo and caste discrimination and his courage and social awareness speak volumes in Thar as well. Production design by Wasiq Khan and Shreya Dev Dube’s cinematography deserve a special mention for making the film look technically sound and evocative.

Anil Kapoor’s film choices are only getting better and bolder with age. Be it Thar or AK vs AK, he’s showing the millennials and OTT clan what a certified movie star is made of. He commands your attention in every frame with his arresting presence and emotional conflict. Son Harsh Varrdhan has miles to go before he gets there. While his choices too are interesting and independent, his performance lacks emotional investment. Akshay Oberoi is impressive in his cameo and Jitendra Joshi, known for his work in Marathi theatre and films is solid in his significant role. It’s always fun to watch Satish Kaushik on screen and the reuniting of the Mr. India duo is most welcome.

Note: Thar is brutal and if you cannot stand graphic violence, this one’s not for you. Switching on the English subtitles is also recommended for the desert dialect isn’t everyone’s cup of tea. 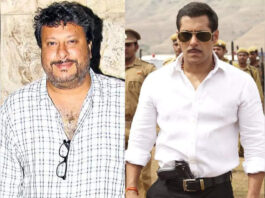 Will Tigmanshu direct Dabangg 4 for Salman? 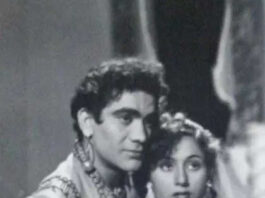 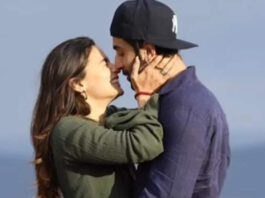