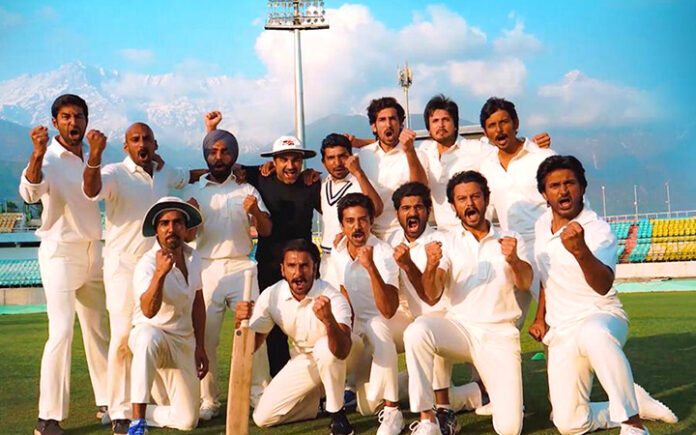 To encapsulate an iconic victory on celluloid is a Herculean task. More so, if the event took place several decades ago [almost four decades ago, in this case]. Besides getting the details and facts right, the storyteller needs to recreate the bygone era with precision and also make sure the actors portraying the parts resemble those who achieved the heroic victory. 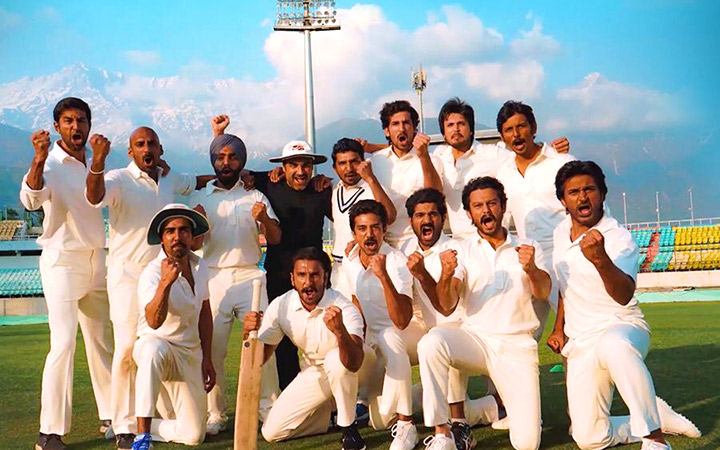 Most importantly, since it’s a cinematic format, the storyteller needs to narrate the highs and lows of the victorious past in a succinct manner to keep the moviegoer hooked to the goings-on. In this case, the outcome is known to one and all, but the journey is unknown to many. For this reason, the incidents interwoven in the screenplay ought to be absorbing, avoiding cinematic liberties. Special care should also be taken that it doesn’t become a documentary.

83 attempts to narrate the story of the underdogs – the Indian cricket team – and what transpired behind the scenes before they won the World Cup in 1983.

The generation that watched/read about the 1983 win – me included – will recall how everyone was so impatient to know the outcome of the final match. There was no social media [or news portals] then. We had to rely on radio, newspapers and of course, the B&W television to watch the crucial match. The cricketers had become household names and I distinctly remember, we were cheering and praying for the ‘Men in White’ as they took on the mighty West Indies cricket team in the finals.

The next morning, the newspapers devoted front-page headlines to celebrate the iconic victory, honouring the heroes and their heroism on the cricket pitch.

You relive those moments when you watch 83. Of course, a majority of viewers don’t know the backstory or what actually transpired behind the scenes. The film works for that reason, besides other reasons too. More on that later. For those who recall that era affectionately or were born in the 1990s [or in subsequent years], the World Cup win is immortalised on celluloid with 83.

Let’s give you a brief outline of the plot of 83… 1983. The World Cup is all set to be held in UK. The Indian cricket team – led by Kapil Dev [Ranveer Singh] – is participating amidst negligible expectations. Not just the international media, even cricket fans have zilch hopes that Indians would emerge victorious.

Director Kabir Khan and his team of writers incorporate pertinent episodes before the Indians were crowned champions. The humiliation, the nervousness, the anxiety, the pressures of facing several legendary players on pitch – 83 encompasses it all.

Yet, there are minor hiccups in the first hour especially. The entire conversation that happens in the commentary box [Boman Irani] – while all matches are being played – is in English. Agree, one has to stick to realism, but the lines spoken by Boman could’ve been in Hindi. This will certainly prove to be a hindrance for those who don’t speak/comprehend English.

Also, the first half can do with trimming. A few sequences seem stretched, which should’ve been sharpened during the edit for a better impact.

There are some moments that make you emotional too and moist-eyed as well. There’s a particular sequence of a child telling Kapil Dev that he won’t be watching Indians play the matches. Another emotional moment comes at the interval point, when the Indians have faced a humiliating defeat by the rival team. Fantastic sequences, both.

Things brighten up in the second hour and thankfully, Kabir Khan and the writers get it right for most parts. Deepika’s introduction in this hour is a plus, so is the way the screenwriting moves to the finale. The conclusion is euphoric and am sure, the viewers will greet it with cheers, claps and even ceetees.

The best is reserved for the last. Enters Kapil Dev at this point, who narrates some hitherto unknown anecdotes that deserve an ovation.

Kabir Khan’s direction is splendid. 83 is a tough film to make and despite the presence of competent actors, the film would’ve fallen flat if the execution of the sports-saga would’ve been inferior. Kabir gives his best shot, hits the boundary in the second and third acts, which is what the viewer carries home when he/she exits the auditorium. He balances the drama on pitch and the tears, laughter and smiles in the dressing room skilfully.

There’s not much scope for music here, but the one song that stays on your lips is ‘Lehra Do’. The background score is effective. The DoP captures the mood of the film with precision.

83 has a plethora of actors and while each of them have done their parts with utmost sincerity, the captain of the show is undoubtedly Ranveer Singh. He delivers a sparkling performance. 83 is one of those films that proves his versatility. He excels in a character that’s tailor-made for him. Deepika is wonderful, her soothing presence adds to the sequences she features in. Pankaj Tripathi is in terrific form. It’s a joy to watch him on screen.

Kabir devotes substantial footage to every member of the prominent cast. The ones who stand out include Jiiva, Saqib Saleem, Jatin Sarna and Ammy Virk.

On the whole, 83 is a winner – on pitch, on screen too. Those who witnessed the victory would be glad to relive the experience, while those who didn’t, will get a chance to witness how things unfolded during one of the greatest episodes of Indian sports history. Watch it!