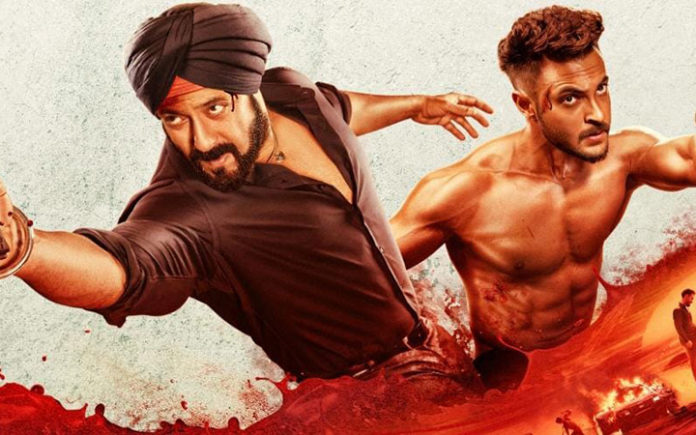 ANTIM – THE FINAL TRUTH is the story of the rivalry between a cop and a gangster. Rahul (Aayush Sharma) lives with his parents and sister in a village near Pune, Maharashtra. His father Datta Pehelwan (Sachin Khedekar) owned a land but he sold it to Shinde (Uday Tikekar) for an unreasonable price, for the lavish marriage celebration of the former’s daughter, Seema (Siddhi Dalvi). Shinde builds a farm house on Datta’s land and Datta is employed there as a security guard. Shinde ill-treats him and one day, he fires him from the job on a frivolous pretext. The family then moves to Pune where Datta Pehelwan starts working as a porter in the vegetable market. The goons of the local corporator, Salvi (Vijay Nikam), demand hafta from all the porters. A porter, Satya (Mahesh Manjrekar), one day, refuses to pay. The goons beat him up. Rahul and his friend Ganya (Rohit Haldikar) attack the goons. Rahul and Ganya are arrested and taken to the nearest police station, which is headed by Rajveer Singh (Salman Khan). He is a righteous officer and refuses to release them despite pleas from Dutta Pehelwan and Seema. Rajgir also tells Rahul to not break the law as it can cause problems to his family. In prison, Satya and Ganya are attacked by Salvi’s men. The fight is stopped by Nanya Bhai (Upendra Limaye). He sees potential in Rahul and Ganya. Once they are out of jail, Rahul expresses desire to teach Salvi a lesson. Rahul and Ganya get a chance to do so one day but they accidentally end up killing him. They are back in jail but this time, Nanya Bhai gets their bail done. Rahul then fights for the rights of the farmers who come to the vegetable market. He decides to give everyone a fair price for their produce. Nanya Bhai sees potential in Rahul’s business model and he becomes a partner. Rahul also starts doing Nanya Bhai’s dirty work like getting farm lands forcefully from poor peasants. Rahul sees nothing wrong in that but one day, Satya informs him that it was Nanya Bhai who compelled Datta Pehelwan to sell his land at a rate below the market price. Nanya had also threatened to rape Seema if Datta Pehelwan had refused the offer. Meanwhile, MLA Ambir (Sharad Ponkshe), arch nemesis of Nanya, tells Rahul to finish Nanya. What happens next forms the rest of the film. 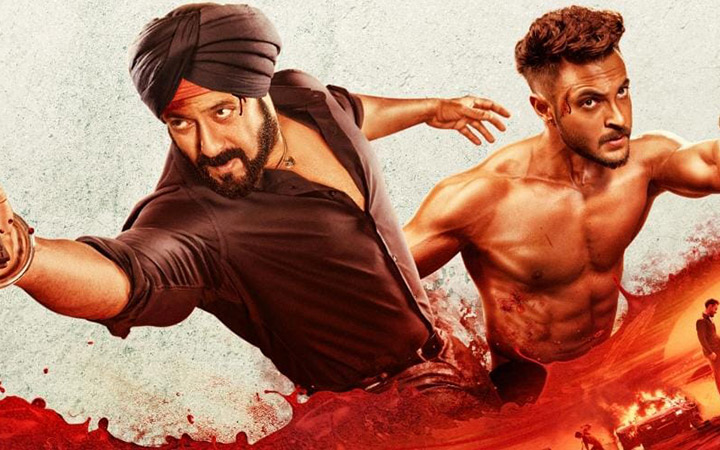 ANTIM – THE FINAL TRUTH is the official remake of the 2018 Marathi film MULSHI PATTERN [written and directed by Pravin Tarde]. Pravin Tarde’s story touches upon some important issues like land mafia, migration of rural population and their exploitation in urban areas, etc. Mahesh V Manjrekar, Abhijeet Deshpande and Siddarth Salvi’s screenplay is decent in the first half but is unexciting in the second half. The characters and the plot points are such that the film could have gone to great heights. Instead, the writers pepper the narrative with beaten-to-death and insipid scenes post intermission. A few scenes, however, are exceptionally penned. Mahesh V Manjrekar, Abhijeet Deshpande and Siddarth Salvi’s dialogues are sharp and commercial, without going over the top.

Mahesh V Manjrekar’s direction is fine. The veteran director tries his best to make the goings-on exciting. He also gives a very realistic look and realistic setting to the film. A few sequences are very arresting like Rajveer and Rahul’s meetings in the police station and Rahul’s assault on Salvi. The intermission point is dramatic. Post-interval, two sequences stand out – one, when Manda (Mahima Makwana) admonishes Rahul in front of hundreds in the market, and two, when Rahul tells Datta to come stay with him and the latter refuses. Barring these two sequences and the climax, the second half is unimaginative. The grand plan of Rajveer to start a war between the warring gangs is childish and is presented as the greatest plan ever thought by a character in a film.

ANTIM – THE FINAL TRUTH doesn’t waste time and the characters and their problems are introduced at the very start. Rajveer’s entry is heroic. The first half is engaging and one expects the film will turn to be a great fare in the second half, especially after Rajveer and Rahul’s fight at the interval point. Sadly, the film goes downhill after the interval. The chase and the final fight is when the film picks up. But the film ends on a very dark and depressing note. Also, the film is very local in nature. Due to these two factors, the film’s reach might be limited.

Aayush Sharma: “An ADVICE I received from Salman Khan that I’ll follow all my life is…”| Rapid Fire

Salman Khan is not in top form but he manages to create impact in a few scenes. Thankfully, he has a significant role and is there in the film from start to finish. Aayush Sharma has improved a lot from his debut film, LOVEYATRI [2018]. The actor has worked hard and it shows. Besides an able performance, his dialogue delivery is also praiseworthy. Mahima Makwana makes a confident debut and is memorable in the scene where she blasts Aayush. Sachin Khedekar is dependable. Upendra Limaye leaves a huge mark in a small role. Uday Tikekar is decent while Vijay Nikam is good in the cameo. Mahesh Manjrekar plays a role similar to the one he played in DABANGG [2010]. His dialogues are difficult to understand. Jisshu Sengupta (Pitya) and Nikitin Dheer (Daya) are poor. Prem Dharmadhikari (Sidhu) gives a decent performance and has a significant role. Rohit Haldikar is there for most parts of the film but doesn’t have much to do. Sayaji Shinde (Uday) and Bharat Ganeshpure (Lawyer) lend able support. Sharad Ponkshe, Siddhi Dalvi and Chhaya Kadam (Rahul’s mother) don’t get much scope. Waluscha De Sousa looks gorgeous in the item song.

Hitesh Modak’s music is forgettable. The only song that stands out is ‘Koi Toh Aayega’; it is played in the background and enhances impact. The rest of the songs – ‘Bhai Ka Birthday’, ‘Hone Laga’, ‘Chingari’ and ‘Vignaharta’ are disappointing. Ravi Basrur’s background score has the massy vibe.

Karan B Rawat’s cinematography is passable, but certain top angle drone shots of the market are spectacular. Vikram Dahiya’s action is not gory and works well. The intro action scene by ANL Arasu is the best action piece in the film. Prashant R Rane’s production design is realistic. Ashley Rebello and Alvira Khan Agnihotri’s costumes are real and yet appealing. Bunty Nagi’s editing is neat.

On the whole, ANTIM – THE FINAL TRUTH has an entertaining first half and the face-off between Salman Khan and Aayush Sharma keeps the interest going. But the unexciting second half diminishes the overall impact.