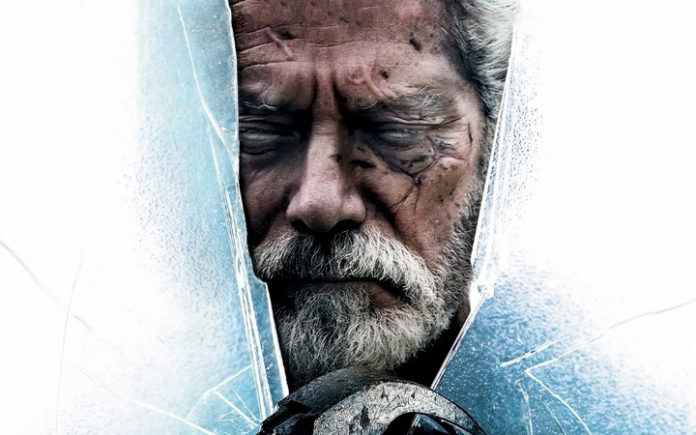 DON’T BREATHE 2 is the story of an old, blind man whose quiet solace life is disturbed when his past sins catch up with him. Eight years after the events of the first film, blind Navy Seal veteran Norman Nordstrom (Stephen Lang) lives with his 11-year-old daughter, Phoenix (Madelyn Grace), and his Rottweiler, Shadow, in a Detroit suburb. Norman has told Phoenix that her mother died after their old house caught fire. Norman is quite protective of Phoenix and rarely allows her to go out. He is home-schooling her to keep her safe. The only time she’s allowed to go out is when Hernandez (Stephanie Arcila) comes to their house once in a while. She is a veteran army ranger who wants Phoenix to go out and get the first-hand experience of the outside world. One day, when Phoenix is out with Hernandez, the former bumps into Raylan (Brendan Sexton III), who tries to misbehave with her. But she is saved as Shadows scares him away. Hernandez drops Phoenix home and while she is returning, Raylan and his gang kill her. They then reach Norman’s house. First, they lure Shadow away and kill him. Later, they infiltrate the house. Norman realizes something is wrong when he discovers Shadow’s body. Phoenix, too, realizes in the nick of time the presence of an intruder and hides. Sadly, for both, they soon get confronted by Raylan and his gang members. Raylan shocks Phoenix as he tells her that he is her real father. What happens next forms the rest of the film. 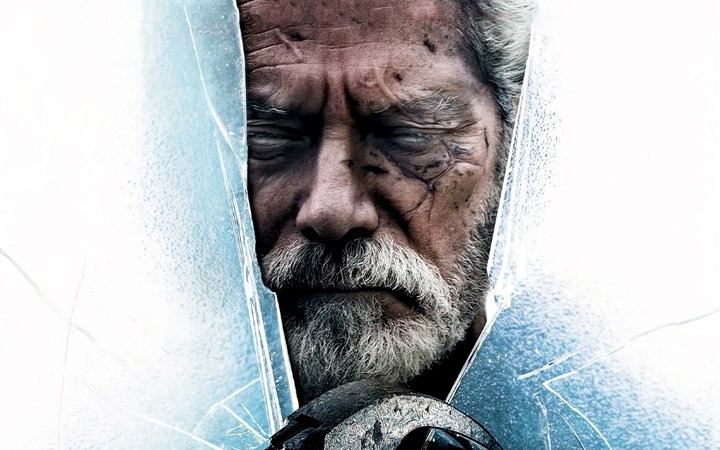 Fede Álvarez and Rodo Sayagues’s story sounds exciting on paper, especially when compared to the happenings of the first film. Fede Álvarez and Rodo Sayagues’s screenplay is interesting, but only in parts. A few scenes are exceptional and add to the thrill. But the goings-on becomes repetitive and the second half is far from convincing. Dialogues are nothing special.

Rodo Sayagues’s direction is decent but is let down by the writing. He knows the techniques and how to add the required thrill. And he does show his brilliance in some scenes. However, the film faces several shortcomings. To begin with, in DON’T BREATHE [2016], Norman was the antagonist. Audiences rooted for the other three characters and not for him. Here, for most parts, audiences are expected to root for Norman. Knowing very well how evil he was in the first part, it’ll become difficult for many viewers to empathize with him. Secondly, the first half is a bit repetitive and is just like the first part as once again, the blind man is trying to ward off intruders. The madness shifts to a new location in the second half, but then it becomes unconvincing. And lastly, DON’T BREATHE 2 is full of violent and gory scenes. The first part wasn’t on the same lines and yet, it worked. But the excessive gore in DON’T BREATHE 2 looks out of place and might put off a section of viewers.

DON’T BREATHE 2 begins well as audiences get acquainted with the changes in Norman’s life and with the characters of Phoenix and Hernandez. Not much time is wasted and soon, the break-in in Norman’s house occurs. A few moments here and there are impressive; the scene where Phoenix is trapped in a mini container and how she comes out of it is nail-biting. But it also gives a been-there-done-there feeling. The second half, too, has some individualistic scenes that stand out. But here, the film gets predictable and also the motive of Phoenix’s real parents behind kidnapping her is very silly. The film ends with a hint that a third part might also be in the offing. 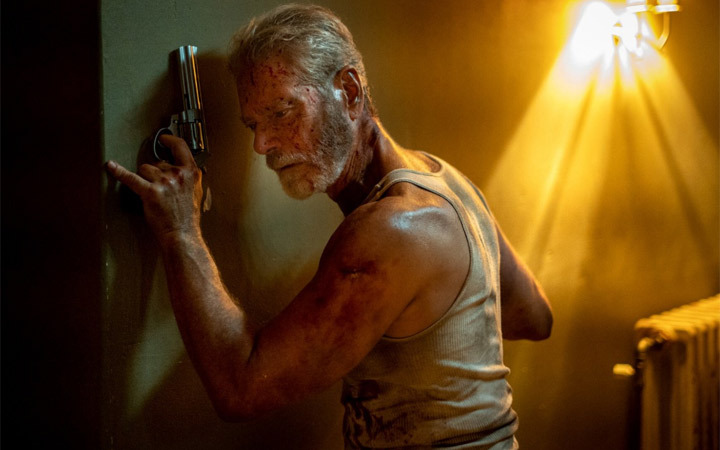 Stephen Lang, as expected, rocks the show, and carries the film on his shoulders. Madelyn Grace plays a difficult part with perfection. Brendan Sexton III is fine as the gangster. Stephanie Arcila does well in a small role. Fiona O’Shaughnessy (Josephine) leaves a mark. Steffan Rhodri (The surgeon) seemed like a significant character, especially the way he was introduced, but gets limited scope. Adam Young, Bobby Schofield, Rocci Williams and Christian Zagia are okay as the gang leaders.

Roque Baños’s music enhances the thrill and drama. Pedro Luque’s cinematography is top-class. The lensman had impressed even in the first part with his creative shot takings and he does the same even in the sequel. David Warren’s production design is authentic and spooky. Action is needlessly violent and full of bloodshed. Jan Kovac’s editing is razor sharp.

On the whole, DON’T BREATHE 2 is not as good as the first part and proves to be a disappointment due to similar plot points in the first half as in the first part, predictable and unconvincing script, and excessive bloodshed and gore.