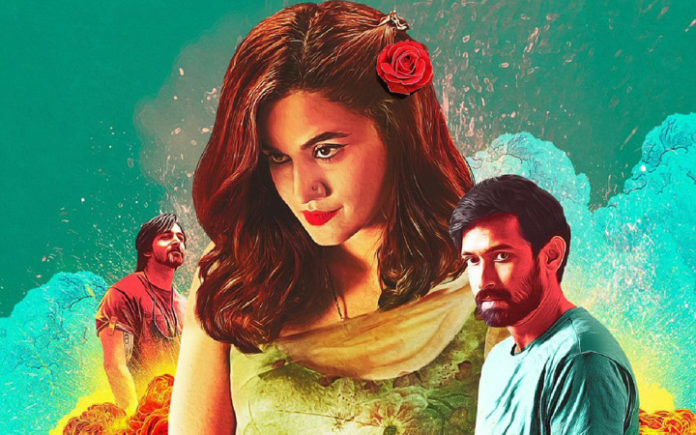 Director Vinil Mathew made a smashing debut with the light-hearted entertainer, HASEE TOH PHASEE [2014]. 7 years later, he’s back with his next outing, HASEEN DILLRUBA. This time, he has chosen a dark subject with a dash of thrill and whodunit. The casting and the intriguing trailer has already made people curious. So does HASEEN DILLRUBA manage to shock and entertain the audiences? Or does it fail to impress? Let’s analyse. 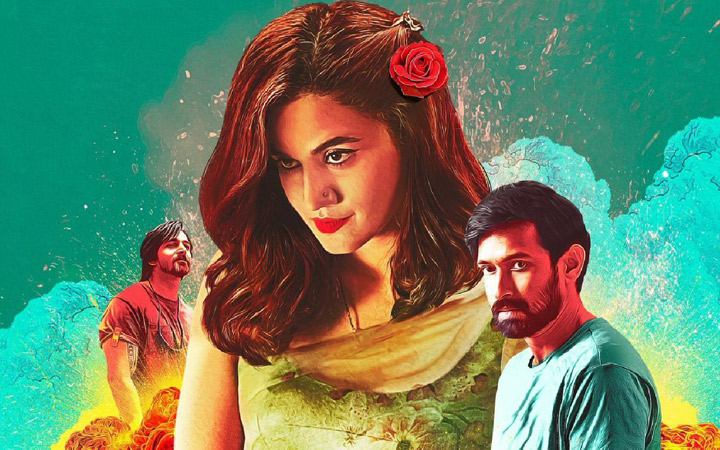 HASEEN DILLRUBA is the story of a wife accused of murdering her husband. Rishabh Saxena aka Rishu (Vikrant Massey) resides in Jwalapur along with his mother Lata (Yamini Das) and father Brijraj (Daya Shankar Pandey). He is looking for a girl for marriage and his search leads him to Rani Kashyap (Taapsee Pannu) in Delhi. Rishu falls for Rani instantly. Lata realizes that Rani is not the simple and homely girl that she’s looking for. But Rishu is adamant. The marriage takes place. A nervous Rishu fails to consummate the marriage. Lata, meanwhile, starts chiding Rani for lying that she can cook. One day, Rishu overhears Rani speaking to her mother (Alka Kaushal) and her masi (Puja Sarup) that Rishu is not good in bed. Rishu is hurt and retreats into a shell. Rani gets lonely. One day, Rishu’s cousin Neel Tripathi (Harshvardhan Rane) comes to stay with the Saxena’s. Neel is dashing and well-built and Rani gets charmed by her. Neel realizes that Rani is attracted to her and both begin a fling. Rani falls in love with Neel to the extent that she begins to learn cooking so that she can feed him his favourite dishes. One day, Neel expresses the desire to have mutton. Rani, who’s a vegetarian, agrees and goes out to buy meat. The same day, she tells Neel that she’d like to end the marriage and move in with him. A commitment-phobic Neel panics and runs away. Rani is hurt and she blurts the truth to Rishu. Rishu wanted to have a fresh start but this confession hurts him even more. A few months later, an explosion takes place in the Saxena residence, killing Rishu. The investigating officer, Kishore Rawat (Aditya Srivastava), is sure that Rani has killed Rishu. What happens next forms the rest of the film.

Kanika Dhillon’s story works only in parts. The characters are interesting and coupled with the setting, the story had the potential to be a great murder mystery. But things go haywire in the second half. Kanika Dhillon’s screenplay is not consistent. Some scenes are very well written and thought of. The first 45 minutes raises the expectations of a thrilling next hour and keeps you hooked. But the subsequent portions suffer due to inept writing. Kanika Dhillon’s dialogues are sharp and well-worded.

HASEEN DILLRUBA begins on a thrilling note and instantly sets the mood. The scene where Rishu meets Rani for the first time is hilarious and the same goes for the scene where Lata protests by pretending to kill herself. Then the sequence where Rani blasts Rishu in the bedroom is sure to make viewers chuckle. In other words, the first 45 minutes to 60 minutes doesn’t give viewers any reason to complain. Later, however, the film slows down and even becomes unconvincing. A few developments are not easy to digest and are sure to get thumbs down from the viewers. In the pre-climax, the interest rises once again, especially in the lie detector scene. But the finale acts as a disappointment. 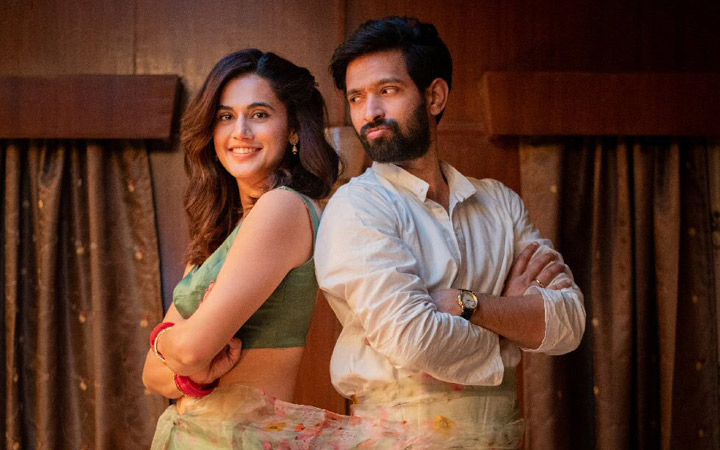 Vinil Mathew’s direction could have been better, especially when we have seen what he’s capable of in his debut film. The narrative is like a see-saw – while the film goes on another level at some places, there are scenes where the interest level drops. The initial portions are interesting and even Neel’s entry adds spice to the narrative. However, the biggest problem of the film is the climax. In a suspense thriller, the viewer is keen to know the suspects, the actual murderer and the motive behind the murder. The climax where the identity of the murderer as well as the motive is revealed comes across as a downer, outright unconvincing and difficult to fathom.

Talking of performances, Taapsee Pannu yet again delivers a smashing performance. The actress has raised a certain bar for herself and fortunately, she manages to meet the expectations through her act. The role and script required her to switch between being vulnerable and bold, and she manages to be fully convincing. Vikrant Massey, too, gives his best shot. In fact, his role has a lot of shades and it’s a treat to see how he essays the part. Harshvardhan Rane has a late entry and has limited screen time. But he puts up a great show. Aditya Srivastava does remind one of his role in the TV show ‘CID’. But he is too good and also raises laughs in a few scenes. Yamini Das is hilarious while Daya Shankar Pandey is fine. Alka Kaushal and Puja Sarup are decent in their small roles. Ashish Verma (Afzar) is fair.

Amit Trivedi’s music is forgettable. ‘Dil Melt Melt’ is placed in a great situation. ‘Lakeeran’, ‘Phisal Ja Tu’ and ‘Mila Tu’ fail to register. Amar Mangrulkar’s background score is better and leaves a mark in the thrilling scenes. Jayakrishna Gummadi’s cinematography is appropriate and the locales of Rishikesh are well shot. Madhur Madhavan and Swapnil Bhalerao’s production design is straight out of life. Varsha Chandanani and Shilpa Makhija’s costumes are realistic with Taapsee’s clothes standing out. Vikramjeet Dahiya’s action is convincing and not over the top. Shweta Venkat Mathew’s editing is not up to the mark as the film should have been shorter.

On the whole, HASEEN DILLRUBA is embellished with some fine performances but the unconvincing narrative in the second half and the disappointing climax spoils the show.