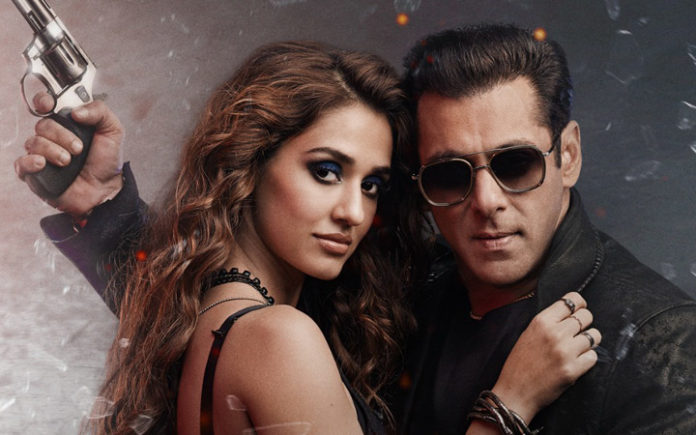 A Salman Khan film is special. RADHE – YOUR MOST WANTED BHAI – directed by Prabhu Deva – is in news for varied reasons. First and foremost, it’s a Salman Khan movie and he teams up with Prabhu Deva yet again. Also, the hybrid release, which is being viewed by one and all, more so within the film fraternity.

Let’s begin with the plot, without revealing spoilers…

RADHE narrates the story of an honest cop – Radhe [Salman Khan] – who wants to rid the city of drug menace. The drug lord – Rana [Randeep Hooda] – is ruthless and eliminates anyone and everyone who crosses his path. Radhe and Rana come face to face at regular intervals. Will Radhe put an end to Rana’s nefarious activities?

Based on South Korean crime drama THE OUTLAWS, RADHE rests on a clichéd plot and predictable situations, but banking entirely on Salman’s star power to camouflage the deficiencies. The viewer can guesstimate what’s in store next, but the fast-moving narrative coupled with some stylishly executed action pieces keep you hooked.

RADHE has its share of hiccups. The romance between Salman and Disha looks forced. Ditto for Jackie Shroff’s track, which could’ve done with some electrifying moments. If the intention was to keep the character light, nope, that doesn’t really work.

Director Prabhu Deva is entrusted with an oft-repeated plot and there’s not much he can do. The confrontations between Salman and Randeep show the director’s expertise, so do the sequences between Salman and Azaan, but moments such as these are extremely few. The latter half, especially, could’ve done with some interesting twists and turns. Also, after a point, one genuinely feels that the writers have run out of ideas. The climax is arresting, but we have seen far better and more exciting action-packed endings in Salman’s films in the past.

Salman Khan: “Radhe has got NOTHING to do with Wanted, ye Wanted ka BAAP hai”

Salman Khan is fiery and it is his presence that keeps you glued to the proceedings, despite the shortcomings. He is in super form, but, sadly, the writing doesn’t do justice to his stardom. Randeep Hooda is menacing and delivers a convincing performance.

Disha Patani looks good, but her presence is purely ornamental. Jackie Shroff is funny initially, but his portions don’t really work after a point. The remaining actors are passable.

The soundtrack is a plus. However, the two best tracks – ‘Seeti Maar’ and the title song – are reserved for the latter half. While the former is already popular, the title track is energetic.

Cinematography captures the mood of the film right. The action sequences – although well executed – get gory and brutal at times.

On the whole, RADHE – YOUR MOST WANTED BHAI is a Salman Khan show all the way. The film has some massy moments, which would have attracted ample footfalls at single screens specifically. However, the clichéd plot and predictable proceedings act as a speed breaker. RADHE is strictly for Salman Khan fans.