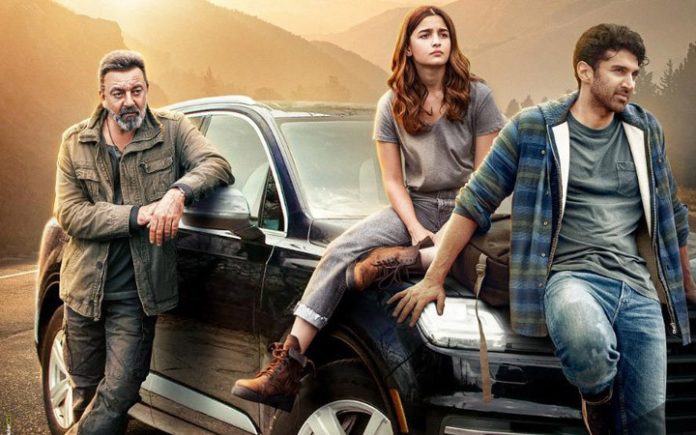 A list of one of the prolific directors of Bollywood will remain incomplete if Mahesh Bhatt isn’t mentioned. He carved a niche for himself and impressed audiences and critics alike with his ability to handle light-hearted musicals as well serious, intense dramas with equal panache. One of his memorable films in the latter category was SADAK [1991]. The film was appreciated for its performances, particularly Sadashiv Amrapurkar as the villainous Maharani, subject and music. 29 years later, Mahesh Bhatt decides to take this story forward with SADAK 2. It is a significant film as it also marks Mahesh Bhatt’s return to direction after almost 21 years. That it’s the first film of his daughter Alia Bhatt with the Bhatt’s Vishesh Films banner also makes it special. So does SADAK 2 manage to entertain and thrill audiences just like the first part? Or does it fail to entertain? Let’s analyse. 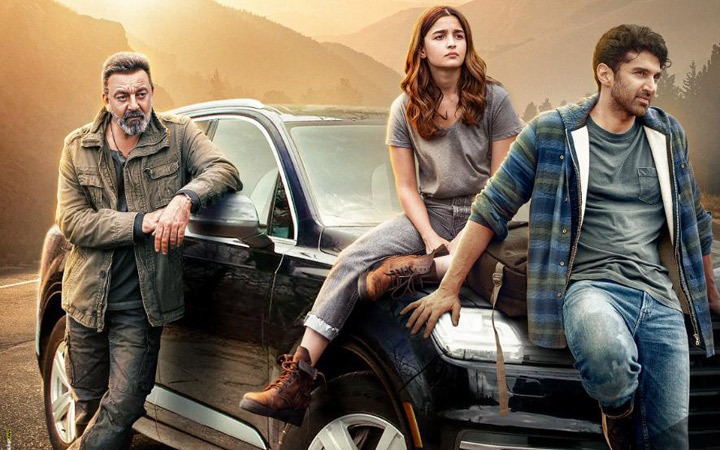 SADAK 2 is the story of a girl trying to expose a powerful godman. Aryaa (Alia Bhatt) has lost her mother Shakuntala to cancer but she feels that it’s because of the involvement of a godman Gyaan Prakash (Makarand Deshpande). Her father, Yogesh Desai (Jisshu Sengupta) is a devout follower of Gyaan Prakash and he fails to realize the truth. He even gets married to Shakuntala’s sister Nandini (Priyanka Bose), also a follower of Gyaan Prakash. Aryaa meanwhile starts an online campaign against this godman and gets close to 2 lakh followers. It also helps her meet Vishal (Aditya Roy Kapur) and both soon start a relationship. All is going well but one day, Gyaan Prakash attempts to kill Aarya by sending a henchman. Vishal, however, kills the henchman for which he’s jailed. Aryaa is sent to a mental asylum and falsely declared mentally ill. Her online activities are also ceased. She, however, escapes from the hospital and decides to go to Mount Kailash. This is because her 21st birthday is round the corner and her mother had wished that she visit this holy place on this important day of her life. She books a cab three months in advance from Pooja Travels and Tours, run by Pooja (Pooja Bhatt) and her husband Ravi (Sanjay Dutt). After Pooja accepts the booking, she dies in a road accident. Ravi is shattered and turns suicidal. This is when Aryaa lands up at his place and demands to go to Ranikhet from where she’s supposed to take a chopper to Mount Kailash. Ravi reluctantly accepts the booking, because of Pooja’s reference. The journey begins and both end up telling each other about the sorrows of their lives. Incidentally, Vishal, too, gets released from the prison and he also joins in the journey. Unfortunately, Gyaan Prakash’s men catch up with the trio. The godman sends his most devoted disciple, Dilip Hathkataa (Gulshan Grover), to finish them off. What happens next forms the rest of the film.

Mahesh Bhatt’s direction doesn’t work. Direction has always been his forte but here, he doesn’t seem to be in form at all. There are glaring loopholes in the film and his execution does nothing to hide them well. Vishal, for instance, is jailed for murdering a man. By Aryaa’s own admission, the cops arrested him because they were ordered to do so by Gyaan Prakash. Yet, how on earth he manages to get released from the prison is something that goes bouncer. The twist in the track of Yogesh Desai also is very unconvincing. The worst is however reserved for the climax. From the scene where Ravi feeds a sedated cake to Aryaa and Vishal, to Ravi entering a powerful godman’s place with ease, the last 20 minutes will make it difficult for viewers to tolerate.

SADAK 2 begins on a bizarre note. The introduction of characters is not done well and it makes it clear that it won’t be a smooth ride. The film gets a bit better once Aryaa and Ravi get to know each other. However, logic consistently takes a backseat and that becomes too much after a point. The scene where Ravi gets into action mode and bashes up Dilip Hathkataa and his men raises interest. Also, the scene where Aryaa makes it clear that she still loves Vishal, despite knowing the truth, is heartening. But more and more twists are unveiled and instead of surprising, it ends up depressing the audiences. One still expects the ending to be a highpoint. Instead, it is shockingly insipid and poor. The final scene is supposed to be moving but thanks to the lack of sense and logic in most of the film, this particular sequence doesn’t evoke any emotion.

Sanjay Dutt is the best highlight of the film. He is in his element and manages to give a convincing performance. He also looks quite dapper. Alia Bhatt too puts in her best but is letdown by the weak script. She, too, looks quite ravishing. Aditya Roy Kapur is fine but he hardly gets scope in the second half. Pooja Bhatt is not there in the film at all and only her voice is heard. Makarand Deshpande hams all the way and comes across as a weak villain. Jisshu Sengupta also overacts a lot. Same goes for Priyanka Bose. Gulshan Grover is criminally wasted. His character seemed so cool but doesn’t have much to do. John Gardner (John) and Mohan Kapur (Rajesh Puri) are the only two supporting actors who don’t overact in this film. Anil George (Om), Himanshu Bhatt (Gaurav), Jehangir Karkaria (Dr Dastur), Chrisann Pereira (Naina Das) and Akash Khurana (Psychiatrist) are okay.

Music of this film doesn’t have a shelf life. ‘Ishq Kamaal’ has some recall value but the rest of the songs – ‘Shukriya’, ‘Tum Se Hi’ and ‘Dil Ki Purani Sadak’ – don’t leave a mark. Sandeep Chowta’s background score is sans complaints.

On the whole, SADAK 2 is confusing, depressing and a dull fare.