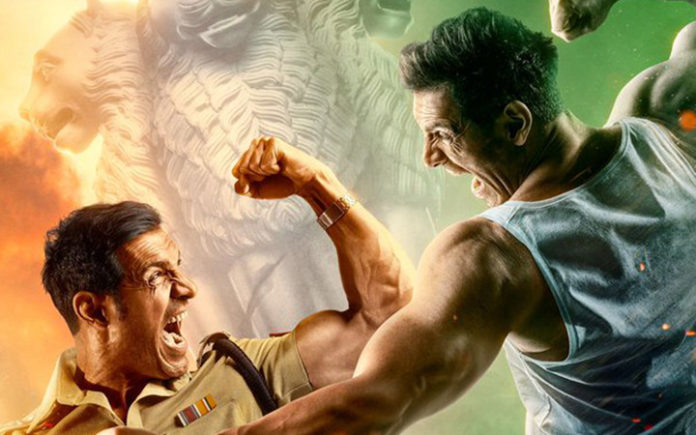 SATYAMEVA JAYATE 2 is the story of a family’s fight against corruption. Satya Balram Azaad (John Abraham) is the home minister in a coalition government in Uttar Pradesh. He tries to pass an anti-corruption bill in the assembly but his own alliance partners oppose. Interestingly, one of the MLA who votes against the bill is Satya’s wife, Vidya Azaad (Divya Khosla Kumar). She is the daughter of Chandra Prakash (Harsh Chhaya), the Chief Minister of Uttar Pradesh. Meanwhile, the doctors in a government hospital in the state go on strike. A mother pleads them to treat her daughter who has met with an accident. The doctor leading the strike refuses. The victim dies in front of the protesting doctors and media. The same night, a vigilante (John Abraham), kills the doctor leading the strike in an act of revenge. His death leads to the strike being withdrawn. The vigilante becomes an overnight hero. Chandra Prakash is not impressed and he tells DCP Upadhyaya (Anup Soni) to find the culprit. The DCP hands over the case to Jay Balram Azaad (John Abraham), twin brother of Satya Balram Azaad. On the other hand, another scandal rocks the state as many children fall ill after consuming a meal in a madrasa. In the government hospital where they are admitted, there’s shortage of oxygen cylinders. Hence, 40 of those kids die. Satya finds out that the spoilt foodgrains were supplied by a relative of Tripathi (Daya Shankar Prasad). And the one responsible to supply oxygen in the government hospital is a close aide of Shankar Prasad (Zakir Hussain). Both Tripathi and Shankar are from the alliance party and they threaten to withdraw support when Satya confronts them. It now comes to light that the vigilante is none other than Satya. He now kills both Tripathi and Shankar. A few days later, a third incident occurs as a flyover in the state collapses. The contractor of the flyover, Madan Lal Joshi (Rituraj Singh) refuses to take responsibility. Jay and others conclude that he’s going to get killed by the vigilante. What happens next forms the rest of the film. 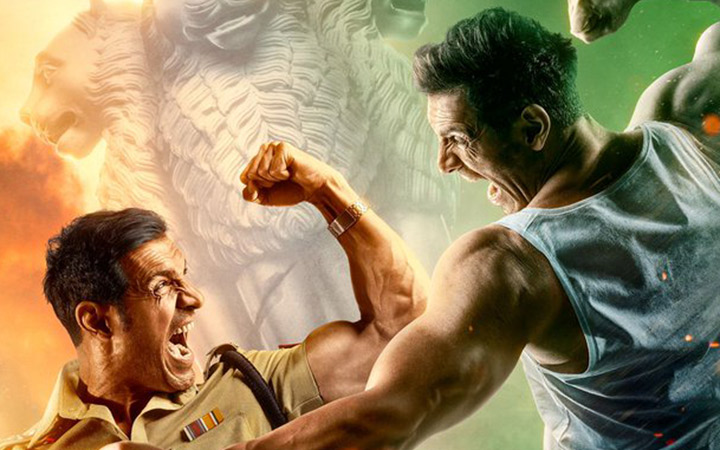 Milap Milan Zaveri’s story is massy, as expected. He has touched upon a lot of issues, many of which are relatable for the common man. However in the second half, too many issues are presented and they come across as standalone issues.

Milap Milan Zaveri’s screenplay is very engaging. The script is such that the film never gets low or dull. Something or the other is constantly happening from start to finish. Milap Milan Zaveri’s dialogues are clapworthy. There are some powerful one liners in nearly every sentence and this is really commendable.

Milap Milan Zaveri’s direction is supreme and it’s clear that he has evolved. This isn’t an easy film to pull off as it has three characters, all of which are played by one actor and moreover, it is treated in a very commercial manner. Some scenes are executed exceptionally. In fact, the entry of Jay Balram Azaad, the interval point, the fight sequence of Dadasaab Balram Azaad (John Abraham) etc. will create a riot in cinemas. On the flipside, while the first half moves like a rocket, the second half dips slightly. The Karwa Chauth scene slows down the narrative. Also, the film might not be everyone’s cup of tea as it is a complete mass film in all respects.

SATYAMEVA JAYATE 2 starts off with a bang without wasting any time. The assembly scene is rocking but the film gets better as Satya kills the vigilante and later the corrupt netas. The entry of Jay is a highlight and the way the national anthem is incorporated is seen to be believed. The twist in the interval point comes as a bolt from the blue. Post interval, the flashback portion of Dadasaab is engaging. The film then falls but picks up in the finale.

SATYAMEVA JAYATE 2 is completely a John Abraham show. The actor has outdone himself and has played the three characters in a superb manner. Each character stands out but the cop one is the one where he plays to the gallery and it’ll be loved by the masses followed by the farmer one. Divya Khosla Kumar looks stunning and delivers an able performance. Harsh Chhaya is decent. Anup Soni doesn’t get much scope. Daya Shankar Prasad and Zakir Hussain are decent. Sunita Kapoor (Suhasini) leaves a tremendous mark. Rajendra Gupta, Shaad Randhawa, Sahil Vaid, Saleem Shah, Bhagyashree Limaye and others lend able support. Nora Fatehi is sizzling hot. 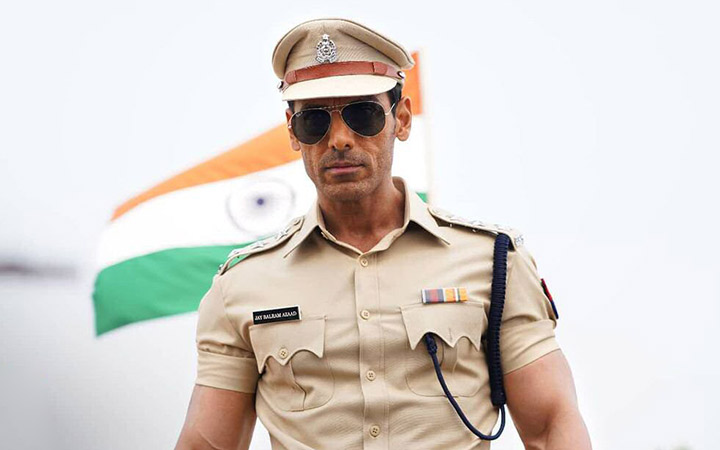 The Music of the film is fine. ‘Kusu Kusu’ is a chartbuster already. ‘Tenu Lehenga’ comes at a great juncture. ‘Jann Gann Mann’ is very touching. ‘Meri Zindagi Hai Tu‘ is passable. Sanjoy Chowdhury’s background score is loud but it works well for the film. The Dadasaab theme is memorable.

Dudley’s cinematography is appropriate. Amin Khatib’s action is one of the highlights of the film. But at a few places, it is raw and quite gory. Priya Suhass’s production design adds to the film’s appeal. Akshaye Tyagi’s costumes are realistic yet glamorous. Nora Fatehi’s costumes (by Sandeep Khosla, Abu Jani) are quite hot. Futureworks and Variate Studio’s VFX is neat. Maahir Zaveri’s editing is fine in the first half but could have been better and slicker in the second half.

On the whole, SATYAMEVA JAYATE 2 is a power packed mass entertainer, and is embellished with some highly entertaining moments and a bravura performance by John Abraham. At the box office, it has the potential to open huge and sustain well in the long run.