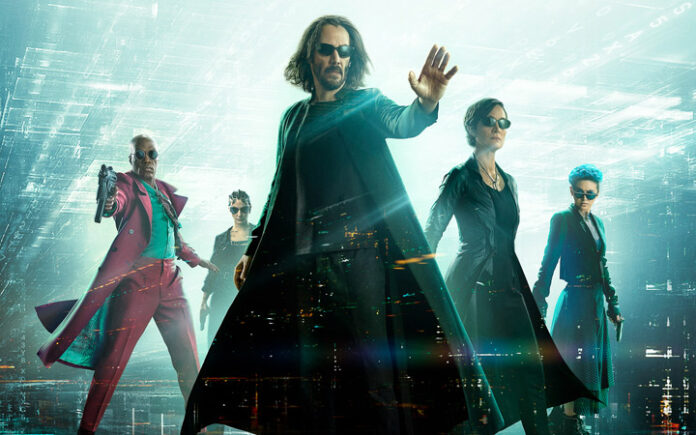 Over 20 years after the release of the first film in the franchise THE MATRIX, we see the release of THE MATRIX: RESURRECTIONS. Taking the story of Neo AKA Thomas Anderson forward, the film starts off with Keanu Reeves’ character living a normal everyday mundane life as Thomas Anderson. However, he is plagued by dreams and visuals of an alternate life. His therapist put him on certain blue pills that help alleviate the situation. But things come to a front when he is given a red pill. Are the visions he has glimpses of, an alternate reality? Or are they simply dreams or unfulfilled wishes? Will Mr. Anderson understand what they are? Will he take the plunge down the rabbit hole to understand better what THE MATRIX: RESURRECTIONS is all about? With Lana Wachowski returning to helm the project, great things are expected. But will the new film live up to the legacy left behind by the previous three or will it be just another cash grab attempt that will ultimately ruin a franchise is what we analyse. 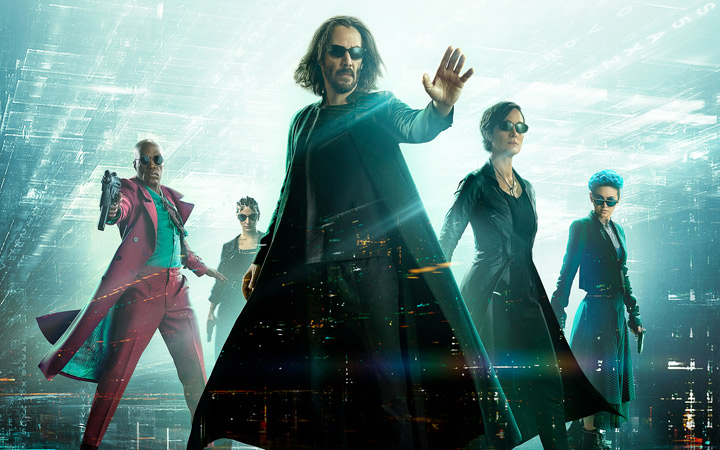 The film takes off with Mr. Anderson having an encounter with Morpheus (Yahya Abdul-Mateen II) who gives him a red pill to open his mind. From here, he is plunged head first into the Matrix, returning to his long forgotten self Neo. However, there isn’t anything new to expect. Given that the film takes the story of Neo and Trinity (Carrie-Anne Moss) forward, it is essentially somewhat of a love story set against the backdrop of an ever changing world with plenty of action. Sadly, THE MATRIX: RESURRECTIONS is a far cry from the 1999 film. With segments thrown in from each of the previous three parts along with new footage, the film does not make for an appealing watch. In fact, the long drawn out action, and drama sequences make it hard for the viewer to stay seated. Unlike the first film, do not expect stand out scenes that will leave a lasting impression. Moreover, the chemistry between Neo and Trinity seems lost, though both actors, Reeves and Moss try their hardest to ‘resurrect’ the chemistry, it remains a lost cause. On the other hand, the ability of the film to use its own story in a rather ironic fashion is something to watch out for.

However, what really takes down the film is that it’s too complicated, even for those who have seen THE MATRIX trilogy. The last part of the series appeared nearly 18 years ago. Many might have not refreshed their memory and watched the three parts before venturing out for THE MATRIX: RESURRECTIONS. For such viewers, the film is sure to go bouncer. It won’t be wrong to say that even those who would have binged-watched the earlier parts would find it difficult to comprehend what is going on. The complex jargon in the dialogues hampers the impact even more. The release period of the film, on the other hand, is also quite wrong.

Talking about performances, Keanu Reeves has done a good job, giving it his all. Returning as Neo/ Thomas Anderson, Reeves manages to get back into the mould that we have witnessed in the previous films. The same goes for Carrie-Anne Moss as well, essaying her role as Trinity/Tiffany Moss does equally well to fit into her character. However, the same cannot be said for Yahya Abdul-Mateen II who takes over as the hacker Morpheus from Laurence Fishburne. Despite having limited screen time, with Fishburne’s character appearing from archive footage, Mateen fails to impress. On the other hand, Neil Patrick Harris as The Analyst, and Jonathan Groff as Smith both of whom have taken over characters reprised by others in the past, have excelled. In fact, their rendition of their given roles, takes their characters to another level. Priyanka Chopra Jonas as Sati is wasted and is hardly there for around 8-10 minutes. Though she plays a pivotal role in the film, her acting prowess has been highly underutilized. 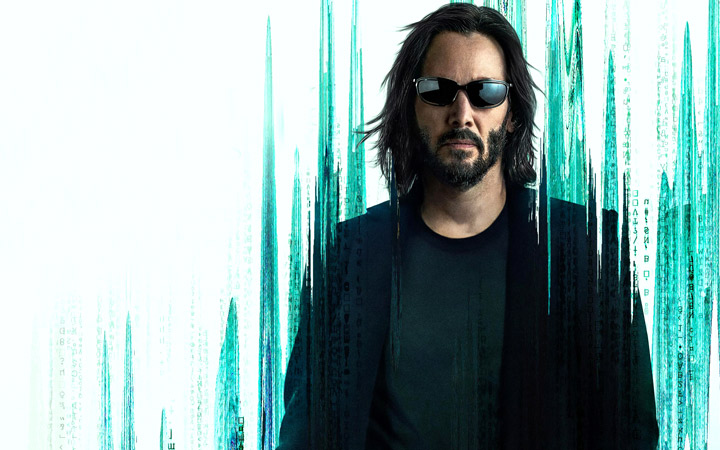 Coming to the visuals, one expects a lot when talking about the fourth film in the MATRIX franchise. Going by what we saw in THE MATRIX, THE MATRIX RELOADED, and THE MATRIX REVOLUTIONS, it is expected that MATRIX: RESURRECTIONS would take things a notch higher. However, here again the viewer is let down. Though the CGI is well executed and seamless, one expects much more. In fact, the 1999 release given its time period was way ahead in terms of technology used. For a film made in 2021, MATRIX: RESURRECTIONS could have been so much better visually. As for Johnny Klimek and Tom Tykwer’s music, there is not much to expect either. Taking a cue from the previous films, the music of MATRIX: RESURRECTIONS is more or less on a similar scale. Do not expect something to stand out.

Daniele Massaccesi and John Toll’s cinematography is on point. With stunning views, the duo has done a decent job. But, Joseph Jett Sally’s editing leaves a lot to be deserted. At 2 hours and 28 minutes, the film is way too long, with certain sequences being drawn out for no reason. The same goes for the action. Though the actors have put their best foot forward, at times the action sequences seem to be never ending, leaving the viewer disenchanted.

On the whole, MATRIX: RESURRECTIONS does not live up to the previous films in the franchise. A film that need not have been made, this one does not warrant ruining a franchise. The film has a complicated and convoluted plot that will leave viewers disenchanted. At the Indian box office, it’ll face a very tough time, considering it releases right between last week’s successful films, SPIDER-MAN: NO WAY HOME and PUSHPA and the much awaited upcoming film, 83.