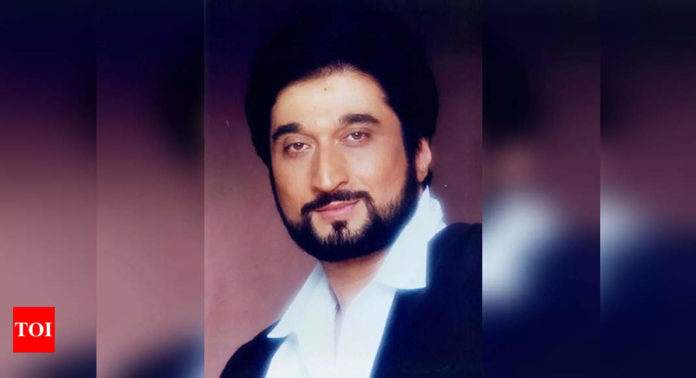 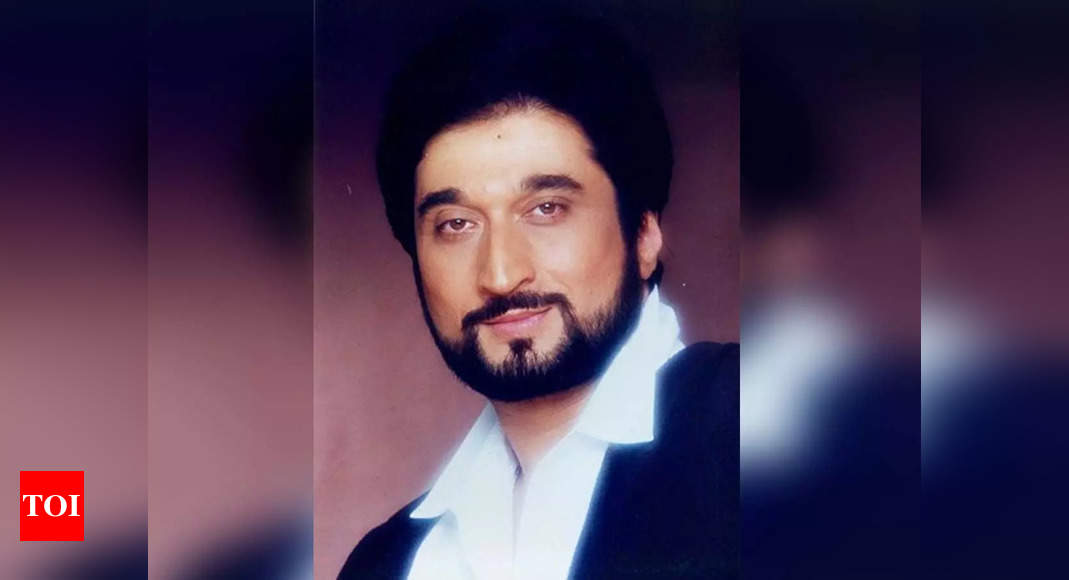 The irony of this composition is not lost on music director Nadeem Saifi, who even after 25 years, yearns for his motherland. An ache that’s in resonance with his heartbeats. Music baron, Gulshan Kumar’s (T-Series) killing on August 12, 1997 turned life turtle for Nadeem. Lugged in a cesspool of accusations, Nadeem stayed out of India, alternating between Dubai and London. While the Mumbai courts have reportedly absolved him of charges of conspiracy in the murder, the legendary musician waits to return home…

Circa 1990. Nadeem-Shravan made both melody and history with Mahesh Bhatt’s chartbuster ‘Aashiqui’. Walking away with the limelight and laurels at the premiere of the film itself, the duo redefined the profile of music directors. A blitzkrieg of bestsellers… ‘Dil Hai Ke Maanta Nahin’, ‘Saajan’, ‘Sadak’, ‘Deewana’, ‘Phool Aur Kaante’, ‘Pardes’… put them on cassette covers and billboards. Their Midas magic bankrolled ventures, certified stardom for rookies and windfall for producers. Nadeem, flamboyant and charismatic, even appeared in a music video setting a precedent… until destiny sledgehammered it all.

His love for music unsilenced, his spirit invincible, Nadeem Saifi is all geared to rock the charts once again with his melodies. A heart-to-heart conversation from the Queen’s realm…

The buzz is that you have lots of big projects lined-up.

Yes, there are loads of offers to compose music for films and perform concerts. I’m delighted that people are interested in working with me. But one thing that these 25 years of ‘exile’ have taught me is to keep my plans to myself. I fear buri nazar (evil eye). Hone wali cheez phir nahi hoti (Opportunities won’t present themselves again). Also, the current scenario is such that music producers want to possess the intellectual property rights. That’s a matter of concern as it implies that we would lose the intellectual property rights and may not get our deserved royalty. For a composer/ lyricist, music is his sole bread and butter. You wouldn’t want a composer to be reduced to a plumber to survive. Would you?

I work with responsibility. I take time to say yes. There are many facts to be ascertained. Earlier, signing a contract was simple. Today it could comprise eight to 80 pages. A little delay in reading the agreement on my part shouldn’t be misconstrued as playing hard to get. After having dealt with an intricate legal case in the past (referring to the Gulshan Kumar murder case), I’d rather be prudent.

What urged you to get back to composing music?

I’m left zapped by the phenomenal singing talent in the young girls and boys in India. They have got me excited to work. Every day that passes is one day missed for me. Unfortunately, we lack composers, who can harness such enormous talent. Somewhere down the line, I’d love to coach young composers and singers, who in my opinion are unaware how to utilize and present their talent.

A superstar like Rajesh Khanna was known for his popular songs. So was Shammi Kapoor. Coming closer, Shah Rukh Khan, Salman Khan… are also associated with their songs. In the South Asian arena, songs give identity to the star. I hope to surpass my last success with my music. My sole intention is to entertain my fans. I want to bring a smile to their faces. I want them to fall in love because love is always better than hate.

Reportedly, you were upset with singers who reprise your songs on tv shows but stay away from giving credit…

Singers acknowledge my contribution, praise my talent and speak about me on small podiums and low-profile channels. But strangely, they refrain from mentioning Nadeem-Shravan in popular shows like The Kapil Sharma Show or other shows on widely watched channels like Sony. Kumar Sanu is addressed as Melody King. What melody has he composed for God’s sake? Today anyone can say anything and get away with it. I’m left gaping open-mouthed and in exasperation at it all.

What gave brand Nadeem-Shravan an edge over others?

(Smiles) It’s a trade secret. But I will put it succinctly. It was the distinct style in which the mukhda was written and the melody composed. Even today, composers have no qualms taking my mukhdas and ‘recreating’ songs. There are hordes of such remixes. I humbly state that after Rajesh Khanna, it was Nadeem-Shravan who enjoyed a similar craze. Hamari usi cheez ko nazar lag gayee (Our success got jinxed).

From BR Chopraji, the Raj Kapoor family, J Om Prakashji, brothers Mahesh and Mukesh Bhatt, Ratan Jain, Ramesh Taurani, Kumar Taurani, Suneel Darshan, Riku Rakeshnath… we worked with all. Scoring the music for ‘Aa Ab Laut Chalein’ was a challenge. Chintu (the late Rishi Kapoor) said, ‘You will have to surpass Raj Kapoor’s iconic song Aa ab laut chalein (‘Jis Desh Mein Ganga Behti Hai’ -1960). By God’s grace we could do justice to it. Sadly, I had some differences with Subhash Ghaiji vis-à-vis the song I Love My India (‘Pardes’). Incidentally, I Love My India stands for what India is, its soul. That it’s played on Independence Day and Republic Day is a matter of pride for me.

We featured on hoardings, cassettes and banners. That’s because we were the most saleable duo of the era. The producers too had stars in their eyes. They wanted to make history, not just money. We got whatever we asked for. If we asked for a car, it was delivered within the next 10 days on our driveway. If we asked for a foreign trip, first class travel tickets for the entire family were left on our table. The love we received from India, from Asians, even those in the US and the UK… is unimaginable. Recently, my friends, who visited Africa, sent me a video of a group of youngsters dancing to my song O yaara dil lagana (‘Agni Sakshi’ 1996). Truly, music has a universal language and cuts beyond borders.

Can you share a memory of those times that still makes you emotional?

Every day was like Eid or Diwali. Each day brought in more adulation and love. When my car stopped at traffic signals, beggars (God bless them) on spotting me, would hum my songs. They’d touch my car affectionately, as though they were patting me. That memory gives me gooseflesh. That gesture, that blessing remains with me. Millions of fans still write to me. Initially, they would urge me to create music. Today they have turned aggressive in their demand that I return. They say they’re absolutely hooked to the melodious style of music and want more of it.

With regards to the Gulshan Kumar case, what do you have to say about the darkest phase in your life?

Initially, I took it lightly believing the misconception would be cleared soon. Nobody expected things to take an ugly turn. To Papaji (the late Gulshan Kumar) I was like a younger brother. He loved me a lot. The very fact that I want to return to India, proves my innocence. I have suffered this exile for nothing. Someone, who entertained India and Asians across the globe… this is the biggest injustice done to me.

You believe you were framed…

Yes of course, it was a conspiracy to frame me. The UK High Court, the UK Supreme Court, the House of Lords and even the Sessions Court judge, Honorable Justice ML Tahilyani, confirmed that there wasn’t an iota of evidence against me. He said, ‘the conspiracy charges must fail against all the accused’. It was a preemptive desire to name and frame me. I was persecuted and targeted. The then police commissioner, who accused me, was arrested a day after his retirement and pushed into a police van unceremoniously by constables. If that’s not divine justice, what is?

It must have been painful to stay away from what you loved most – making music!

Of course! Mere saath bahut nainsaafi hui hai (I’ve suffered at the hands of injustice). I have complete faith in the judicial system, which is believed to be fearless. But I’m disappointed that somewhere they seem afraid to deliver justice. Music runs in my veins. I can come up with a tune even at 2 am and disturb my dear wife Sultana asking her to tape it. I’m a self-confessed music machine. I have a huge collection of tunes. Insha’Allah they will be heard soon.

Did the whole experience make you more spiritual?

Definitely. I believe this world is temporary and no matter what your faith, you should remember the hereafter. The end is the same for all. The return is to the Creator. Retribution is a certainty. Ibadat (worship) gives me peace. I tell God, ‘Give me success but not at the cost of forgetting you’. If I ever launch my own channel, the tagline would be – Prayers first, music later! Incidentally, by God’s grace Dilbar dilbar (‘Sirf Tum’) has garnered around 1.8 billion views, Dheere dheere se meri zindagi mein aana (‘Aashiqui’) has won 700 million hits and Sun meri shehzadi (‘Dilwale’) has crossed 600 million on YouTube. I am humbled.

What do you miss the most about India?
My heart pines for India. I miss the warmth of its people, my friends and my relatives. Actually, my closest relatives are my fans. India represents love. I believe an Indian can only give love. The ‘exile’ made me realize how important the motherland is. You can have everything around you. But nothing equals watan ki mitti ki khushboo (the smell of your nation’s soil). The lines Aye desh se aanewale bata, kaisa hai mera mehboob vatan from the song O yaaron maaf karna from ‘Aa Ab Laut Chalein’ resonates that.

What lessons did the pandemic leave behind for you?

Respect your family. Be kind to your neighbours. No one around you should remain hungry. The South Indian film industry truly believes in charity. Hence their actors are revered so much. What’s the use of stacking millions? We need more people like Azim Premji, who donate big-heartedly. How can a human being enjoy boozing away at a nightclub when his fellow beings are deprived of meals? Above all, we must forget and forgive. Only love can help us survive.

A word on the late Shravan, who passed away during the pandemic…

Shravan was a dear friend. I have great memories of our struggling days. During times of struggle, we are at our innocent best. I pray for his soul.