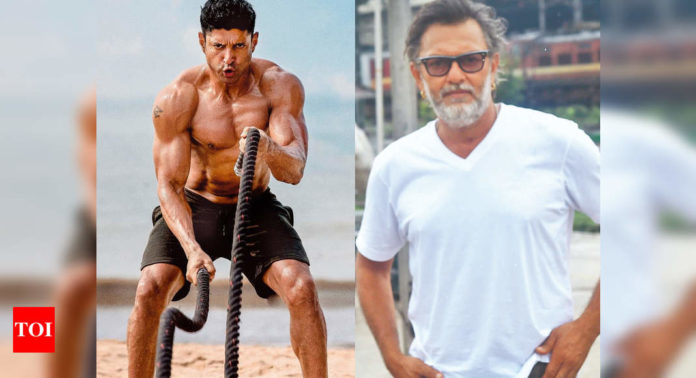 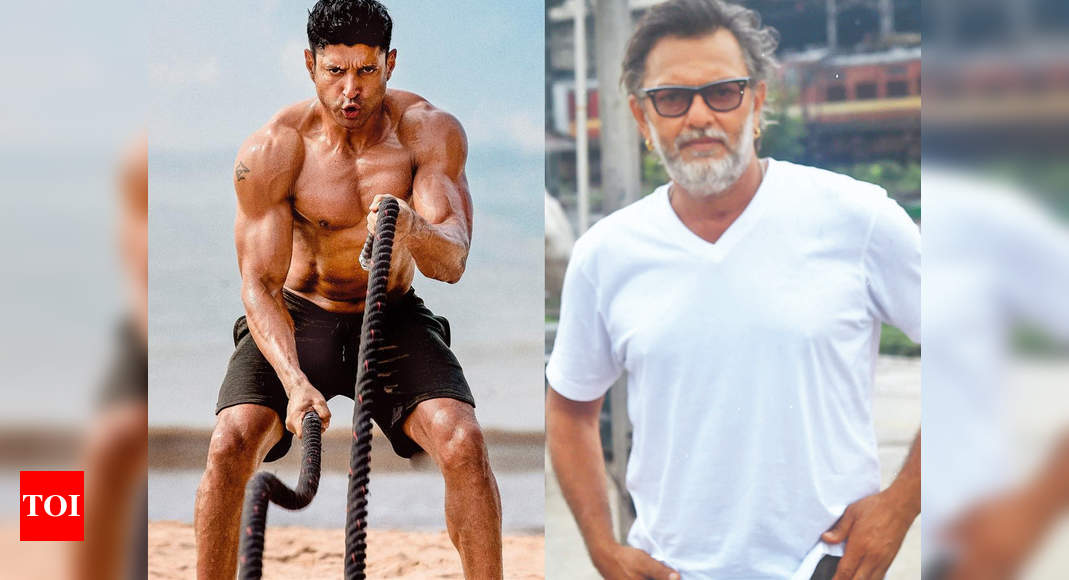 Farhan Akhtar has once again undergone a massive physical transformation to essay the role of a boxer in ‘Toofaan’ and his impressive feat is being lauded by fans. Having joined forces with Rakeysh Omprakash Mehra, the actor is promising yet another entertainer. As the film releases, director Rakeysh shares his thought on reuniting with Farhan, while producer Ritesh Sidhwani opens up on streaming platforms and Friday fights. Excerpts:

When Toofaan was conceptualised, was Farhan Akhtar the first choice to play Aziz?
Rakeysh Omprakash Mehra: We had done ‘Bhaag Milkha Bhaag’ together, which gave us a lot of recognition, critical acclaim, and box office success. Post that, there was always a hunger to collaborate again. So, for the next couple of years, we discussed ideas, and then one day I got a call from Farhan who told me this story of Toofaan, and it’s an amazing character. The idea germinated from Farhan and the writers sprinkled gold dust all over it.

From ‘Bhaag Milkha Bhaag’ in 2013 to ‘Toofaan’ in 2021… how will you describe Farhan’s growth over the years as a performer?
Rakeysh Omprakash Mehra: Over time, I have come to learn that either you are an actor or not an actor. I have always seen an actor in Farhan and I did offer him a role in ‘Rang De Basanti’, nearly 16 years ago. At that time he was amused and it didn’t occur to him that he will be acting one day, at least he didn’t share, and said, “No, I have not thought about that”. He read the script and even responded to it, not as an actor but as a friend. So, for me, there is an actor in him. But how deep can we dive into him and get out what we want? I think he is as deep as an ocean and the deeper you go, you find more depth. So it is up to the challenge we throw at him and I am sure he relishes challenges. The more difficult the part, the better he performs.

‘Toofaan’ trailer was packed with emotions, drama, and action, it seemed like a movie meant for theatres. But now that it is releasing on OTT, how do you feel?
Ritesh Sidhwani: In the past year a lot has changed for a lot of people. In the current scenario, this is the best possible option and the safest. We want to take our movies to theatres, but in the present situation, we all feel that there is no option of doing that. Going to cinemas will always be there because we like to go out. Right now, the opportunity which we are getting is to release the film in 240 countries so that people get to enjoy the movie in the safest way. This is the best way to release ‘Toofaan’ and we couldn’t have asked for anything more. It is the right decision.

But there is no box office when it comes to OTT. Does that disappoint you?
Rakeysh Omprakash Mehra: Honestly, box office never troubles me. That’s not why I get into a film. Yes, once you get into it, you do your best and hope for it to break all records, but that is not the reason why I make the film and definitely not the reason why we decided to do ‘Toofaan’. What is box office? It is the translation of the acceptance of the larger masses of your film, which we will anyway get to know. Whether people embrace your film or not, numbers are otherwise semantics for me. Fortunately, the reach of this film is over 200 countries; it is also dubbed in English for an even wider reach. This is very important and we are getting to showcase our story to the rest of the world on a larger platform. For me, that in itself is a huge blessing.

Has OTT made monetisation of movies easier as compared to the fight for Fridays?


Ritesh Sidhwani: There is a new revenue stream that has come in, because from theatre you would go directly to satellite and DVD. But it has now been substituted. But what has happened with digital platforms is that it is helping to reach out to a wider audience. Box office is just a number, whereas your ultimate goal is to reach out to the maximum number of people. Now films are going more global. Pre-Covid, it was a serious challenge to release your movie in a theatrical market in most countries. Now suddenly, with digital, you have a lot more markets opening up where previously movies were consumed through piracy or when someone heard about it.

In ‘Rang De Basanti’ you had tackled themes of youth dealing with political and social challenges. ‘Bhaag Milkha Bhaag’ was a sports biopic and ‘Toofaan’ is again is a realistic-inspirational story. Over the years, do you feel that by narrating these stories, somewhere these problems and realities have compounded or reduced?

Rakeysh Omprakash Mehra: It is not about problems or realities going or reducing. Cinema, consciously or subconsciously, reflects real times and the reel normally is a mirror of the real. Down the ages, certain aspects of cinema had defined the time it was made in as such. So when ‘RDB’ was made and some years before ‘Dil Chahta Hai’ was made, they both represented a new India, a new youth. So, it was very relevant and captured that time so well. I hope we can say the same for ‘Toofaan’, but that only time will tell us.

Farhan Akhtar is also a director, but when you are calling the shots, does he completely submit to your vision?

Rakeysh Omprakash Mehra: On the sets, one is doing his or her job. For an actor, to play such a difficult part, is already very overwhelming and it is very important for him to look up to his director for all the cues and direction. We are doing our jobs as such. Having said that, working with talents like Aamir Khan in ‘Rang De Basanti’ and Farhan in ‘Toofaan’ and ‘Bhaag Milkha Bhaag’, your job becomes much easier because of their deep understanding of the medium and the art of cinema. They really get what you want to say, and it is good that Farhan is a director himself, so, he knows the journey inside out.
Credit Source – https://timesofindia.indiatimes.com/entertainment/hindi/bollywood/news/rakeysh-omprakash-mehra-16-years-ago-i-had-offered-farhan-akhtar-a-role-in-rang-de-basanti-because-i-have-always-seen-an-actor-in-him/articleshow/84475006.cms