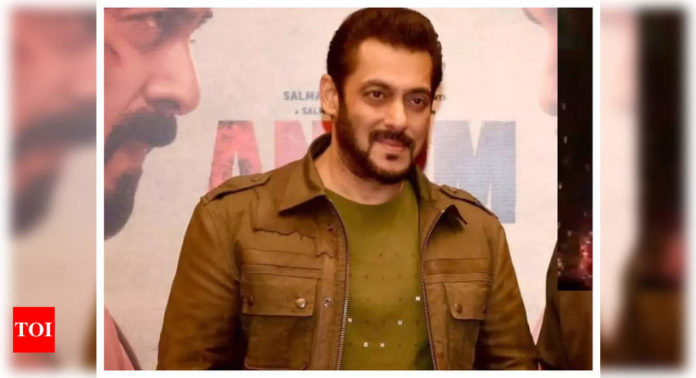 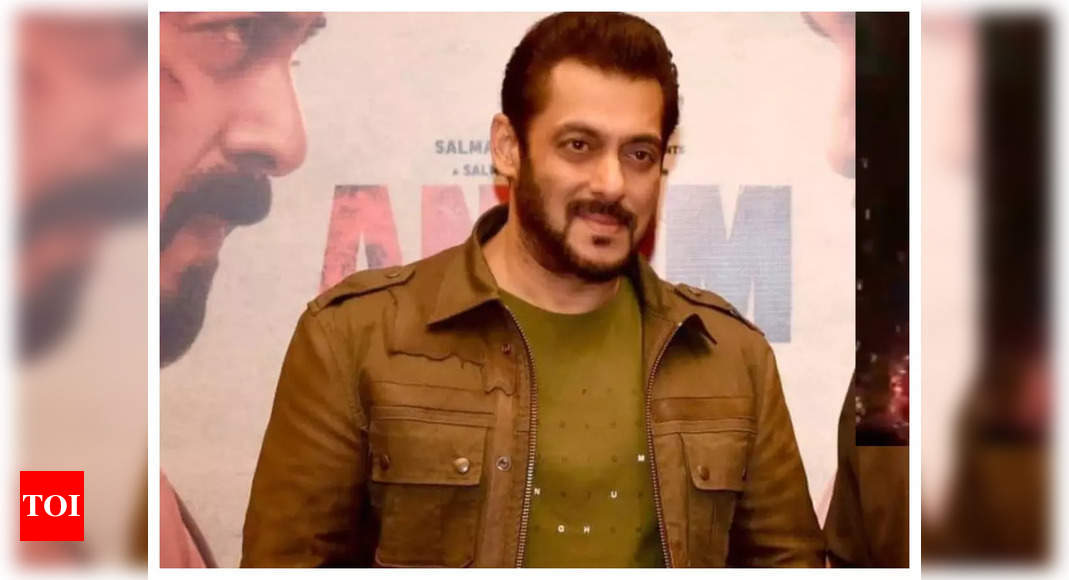 Salman Khan’s captivating charisma and his words find an audience whether it’s on the big screen or real life. His latest release ‘Antim’ has found its feet at the box office and is getting good feedback from the audience, too. Salman recently spoke to the media about the film’s success and his character, as well. He spoke about playing a character totally different from the ones he’s done before and even revealed some unheard of details about his grandfather Abdul Rashid, who was a cop with Indore Police. Here are excerpts from the chat:

Would you want to create a spin off for your character in ‘Antim’, since it has received positive feedback from the fans?

Salman Khan: We thought of that but then there would be no Aayush in that so, we let go of that idea.

Mahesh Manjrekar: It could be a prequel as well.
Salman: We already have a story for the prequel of ‘Antim’.

Mahesh: If we make a sequel, then it will have to come later on, as Rahuliya could exist in a different way through his relationship with Manda in the movie. In the prequel, we can focus on why Rajveer’s family wasn’t shown in ‘Antim’.

How nervous was Aayush Sharma before he started work on ‘Antim’?


Salman: No, he worked very hard. Whatever anger he had within him about not getting work for so long after his debut, he has put out in this movie through his character, which I feel is the best way to take one’s anger out. The intention was that Aayush should be appreciated and he has been appreciated. It was good fun to make him work more on the sets by telling him to do retakes, when he would perform in front of me. And the impact has been quite good. He was also slightly confused about what I was doing on screen. In his own scenes, he was fantastic but when he was face to face with me, then he did get nervous. I had to tell him to relax and do it aaram se. I wasn’t playing up much so he used to think that woh kucch zyada toh nahi kar raha hai (he shouldn’t go overboard).

You have played a cop in ‘Auzaar’, ‘Patthar Ke Phool’, ‘Wanted’, ‘Garv’, ‘Dabangg’, ‘Radhe’ and ‘Antim’, which has been your personal favourite cop?


Salman: They’re all great cop dramas. In ‘Kick’, my character becomes the cop later on. So, I can’t compare. I’ve not seen my favourite cop yet. My grandfather Abdul Rashid is my favourite cop. He passed away when my father was 9. He was a DIG Police in Indore, Madhya Pradesh.

You’re known to give a lot of input to your character in your movies. How vital is it for an actor to be involved in the process of filmmaking and not just acting?


Salman: That depends from actor to actor.

It’s a rarity to have a Salman Khan movie that doesn’t have a heroine paired opposite him.


Salman: Mahesh and I decided that mutually.

Mahesh: We decided on it because it was taking away from the main angle of the story.

There were reports that actress Pragya Jaiswal was approached to feature opposite Salman, but then it was decided to not have her character in the movie. Such a decision can also affect a movie’s production. Why did you decide to not have an actress opposite Salman in ‘Antim’?


Mahesh: What I liked was Salman himself decided to not have a heroine in this movie. In spite of all the money spent and everything, it was for the betterment.

How much do you relate to the character in real life when it comes to not romancing?
No. I do like romance.

Mahesh, you’ve acted with Salman Khan in the past and this is the first time you’re directing him. Is he a director’s actor?


Mahesh: He’s a comfortable actor. I was fine working with him because I knew him. Not only in films, but I’ve been to his house a million times. So I know him on a personal level, too. I know Salman’s capability as an actor. You see, when I look at my son, I don’t feel like casting him in a movie because I know he won’t be able to act. I can’t get something out of a person who doesn’t have it. First of all, I’m quite different as a director but however with Salman, it was comfortable working on this project.

Salman, you have an image of a family man. ‘Prem’ is the character people relate to whenever they think of you. It’s been a long time, we haven’t seen that side of yours on screen. When will we get to see that?


Salman: When Sooraj Barjatya will make a movie, that is his USP. He will come up with a family project soon.

‘Antim’ is doing well at the box-office, what are your thoughts on that?


Salman: I think it is doing much better because of the word of mouth that I am in the film. Earlier people thought I was there in the film for only 5-15 minutes. However, it is untrue. That rumour died down after people watched the movie. We will also be travelling to few states like Gujarat, Delhi, to promote the movie so the perception will change. Aayush will be promoting the movie in Mumbai. We have decided few days ago that he should promote it well in the city, but maybe he will join us for one or two cities. First, we will go then Aayush will go to these places. We will go to Punjab, Delhi, Gujarat, Indore, Hyderabad, and Bengaluru.

Maheshji, how difficult was it for you to remake a regional movie in Bollywood, because people always have certain expectations from a Salman Khan film?


Mahesh: I think content today is the king. I see a lot of films which have a Punjabi flavour. If the film is good, it fares well. I saw ‘Meenakshi Sundareshwar’, which has a South Indian angle. It worked quite well, too.

Salman: If ‘Baahubali’ can do a business of Rs 500 crores then why not a Bollywood movie? Today, audiences of the Hindi film industry are very welcoming.

During your interactions for ‘Radhe’, we had asked you about the time when we will see you in an out and out comedy again. Has that search been fulfilled?

Salman: Yes, it has. You’ll be seeing me in one very soon.

Are you working with Anees Bazmee?

Salman: Hoga hoga kucch zaroor hoga (Something will happen for sure).

Salman: I’ve got ‘
Tiger 3’ and under SKF, I am starting a few projects which won’t have me but they’re very good films.


How difficult was it to maintain your trademark abs while prepping up for your fight scene with Aayush Sharma in ‘Antim’?

Salman: It was very easy. It was a one-and-a-half week body. Aayush built his body over a period of four months. I prefer to do it in that much time. When I need to train, I choose cardio training twice a week and I do it correctly. That’s enough for me to come back into the shape that I need to be in.

Salman: We’ve almost finished shooting for ‘Tiger 3’. Right now, my focus is on ‘Antim’ and then there is Ahaan’s ‘Tadap’ and Ranveer’s ‘83’ in the offing as well.

Can the Salman Khan-Mahesh Manjrekar, actor-director pair turn out to be an iconic one?

Salman: It has already turned out to be one. Mahesh Manjrekar came on board for this film almost overnight at my Panvel farmhouse. I just asked him, ‘
Bhau karnaar ka hey?’ (Will you do it?) and he said, ‘
Ho karnaar (Yes I will).’