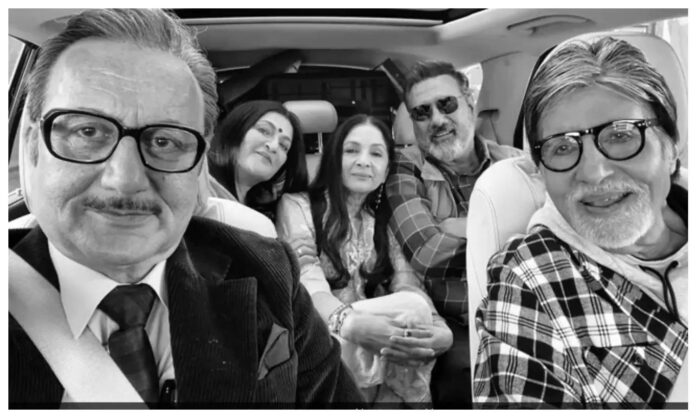 There are very few actors in the film industry who are not only keeping up with the changing times but have also maintained their charm on the big screen. Actress Sarika is certainly one of them. After impressing one and all with her performance in ‘Modern Love Mumbai’, the talented actress is all set to treat her audience with her next film, ‘Uunchai’.
Ahead of the release of the film, ETimes caught up with the actress for an exclusive interview where she spilled the beans on working with Sooraj Barjatya, actors willing to play their age, her daughters Shruti and Akshara and more. Excerpts…

How did you come on board for ‘Uunchai’?

I got a call from Rajshri Productions and I was told Sooraj Barjatya wants to talk to me about a film. It was the lockdown period. I spoke to him, and he emailed me the script of the film. I really liked my role and the script. That’s how I came on board!
How was it being a part of a Sooraj j Barjatya film?


This was not like a typical Sooraj Barjatya film. For the first time, he too has stepped out of his comfort zone and made a different kind of film. However, working with him was absolutely fantastic. He is a very different kind of director. Having worked with some really good directors, you crave to work with more such people. And working with a filmmaker like Sooraj ji is a blessing for any actor.

As a person, he is very humble, honest, down to earth, and understanding. As a director, he is unbelievably fantastic. He is a total team player. He has his own vision, but he encourages us to put out our thoughts. Everyone has their perspective, and I have always loved a space where the director’s and my perspectives merge, and that little area there is where the character is born. Sooraj ji is really open to doing that, and that is what I loved the most about working with him. You actually have to work with him to experience how wonderful it is to work with him. 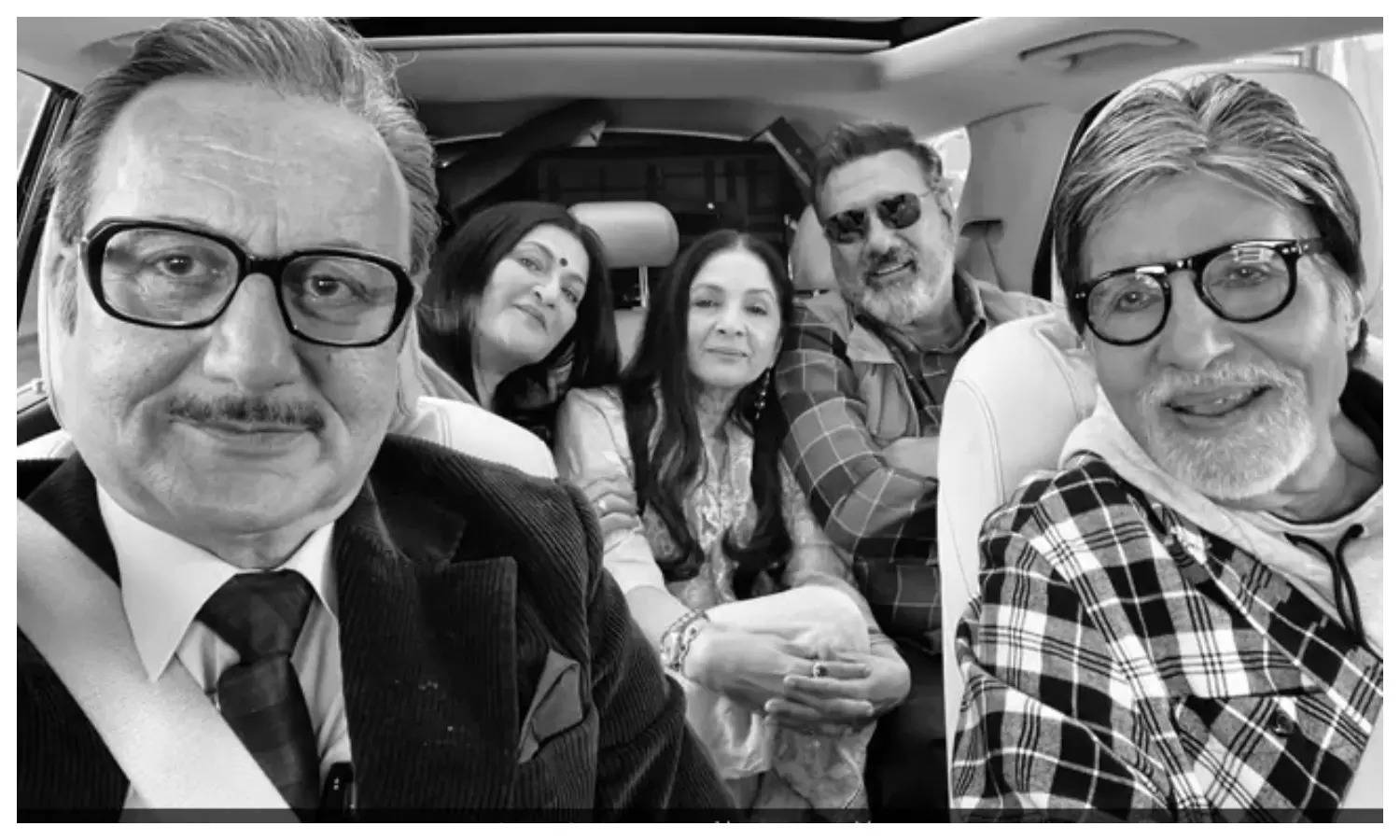 The trailer shows you guys having a lot of fun. How was it on the sets while shooting?


It was really fun. Boman Irani is somebody I have worked with before, and he is an absolute sweetheart, funny and a brilliant co-star. So is Anupam Kher ji. Even with Bachchan sahab I have worked before. So when you are working with such wonderful co-stars, the work is very good. On a personal level, it was a lot of fun. Everybody was very secure on the set, nobody was competing with each other. Fortunately for me, I had my track with the four of them, and it was absolutely wonderful.

Who did you bond with the most on the sets?


We all bonded very well with others on the set actually. But I think I bonded the most with Sooraj ji because he was also my director so he had that plus one status.

Is it refreshing to see actors willing to play their age, unlike in earlier times?


I feel actors were ready to play their age earlier too, but nobody gave them an opportunity. Maybe they didn’t get any scripts or roles that justified their age. Now that they are getting scripts and roles like these, actors are more forthcoming. Initially, they were just characters in the film like mother, father, sister, brother, uncle, and aunty. However, it is no longer like that. There are proper characters now, so they are more willing.

Even actresses above 40 are not only standing out with their performances in films but are also shouldering a film on their own. How do you look at this change as an actor?


It is a very good change. It has happened all along, but now it is happening more. Maybe makers are now more aware and accepting. Even in real life, women have come into positions of power. Seeing all this, maybe filmmakers have now realised that they need to be more inclusive of this aspect of society and life.

You have been in this industry for about four decades now. How do you look back at your journey so far?


I look at it as a learning experience all the way through. When I was a kid, I was definitely learning. Later, I was still learning. The beautiful part about learning is that no matter how many years you do something, you meet new people and there are still new things to learn. So I think my whole journey has been a process of learning.

You seem to share a great bond with both your daughters, Shruti and Akshara. Who do you think is more like you when it comes to nature and personality?


I feel that they have a bit of both of us and then they are themselves. 40 percent of them are us parents, and the remaining 60 percent are their individual personalities. Parents have this tendency to think that their child should be like them, think like them, or live life like them. However, I feel that is not really what happens and not something one should expect because, in reality, every individual is different. Children grow up with their parents, so they pick up things here and there from them but beyond that when they reach a certain age, their individual personality starts to emerge. Finally, they are who they are.

When you are not working, what is it that you love doing the most?


I love to watch everything – films, documentaries, series but good ones. I actually go hunting for good ones everywhere. After that I just like to read. Initially, I used to just read all the time because films were just in theatres we didn’t have OTT at the time. Now, reading has taken second place. I also hear a lot of good music. Credit Source – https://timesofindia.indiatimes.com/entertainment/hindi/bollywood/news/sarika-shruti-and-akshara-have-a-bit-of-both-kamal-haasan-and-me-exclusive/articleshow/95395653.cms

Those trolling Shweta get schooled

Ranbir on holding his daughter for the 1st time