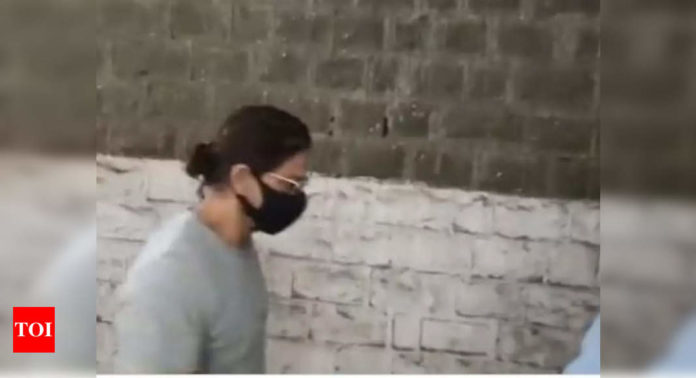 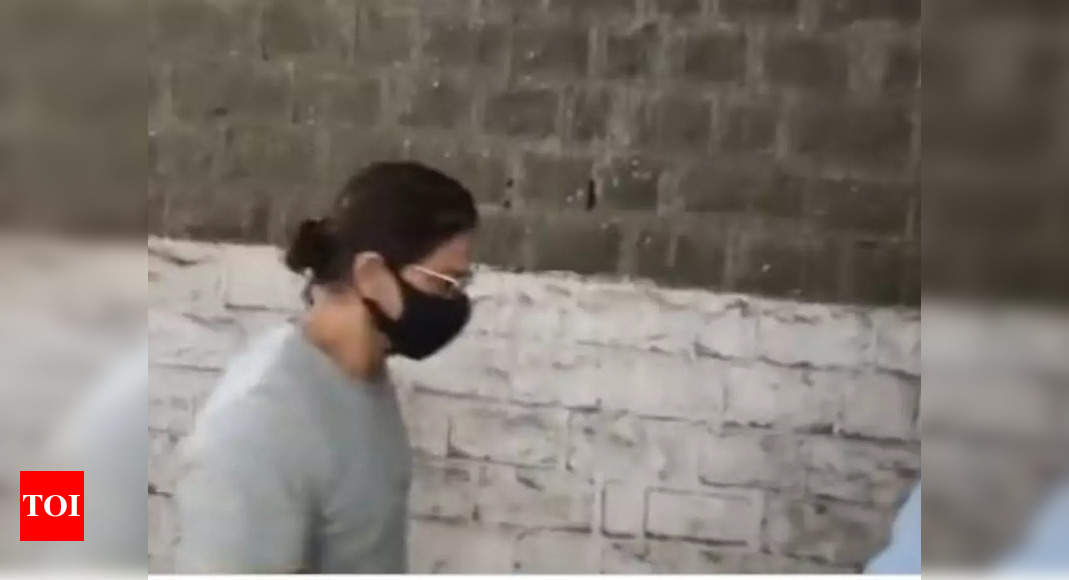 On Thursday morning Bollywood superstar Shah Rukh Khan reached Arthur Road Jail in Mumbai to meet his son Aryan Khan after his bail plea was rejected by a special NDPS court yesterday. The star kid is currently lodged in Jail in connection with the case of seizure of banned drugs aboard a cruise ship off the Mumbai coast.
Watch video:

Aryan Khan has approached the Bombay High Court seeking bail in the matter. His advocates have filed an appeal in the HC, challenging the lower court’s order and will be presenting the matter before the court today at 10: 00 am.

The appeal is likely to be mentioned before a single bench of Justice N W Sambre.

Meanwhile, on Wednesday, when the matter was called out for order in the afternoon, special judge Patil said, “Rejected.” Reportedly, Aryan’s bail was rejected by the court on the basis of WhatsApp chats that were recovered from his phone. The NCB has alleged that these chats establish his nexus with suppliers and peddlers. The NDPS court said, “Prima facie material showing that Khan was in contact with persons dealing in prohibited narcotic substances as alleged by prosecution.”

Aryan Khan and the others have been booked for offences under Sections 8(c), 20(b), 27, 28, 29 and 35 of the NDPS Act. They were arrested by the Narcotics Control Bureau (NCB) on October 3 and are presently in judicial custody.

The star kid was nabbed by the NCB along with seven others on October 2. The agency raided a cruise ship in Mumbai and busted a drug party.