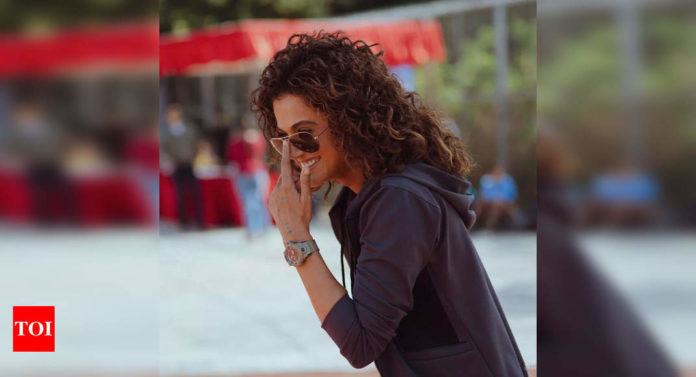 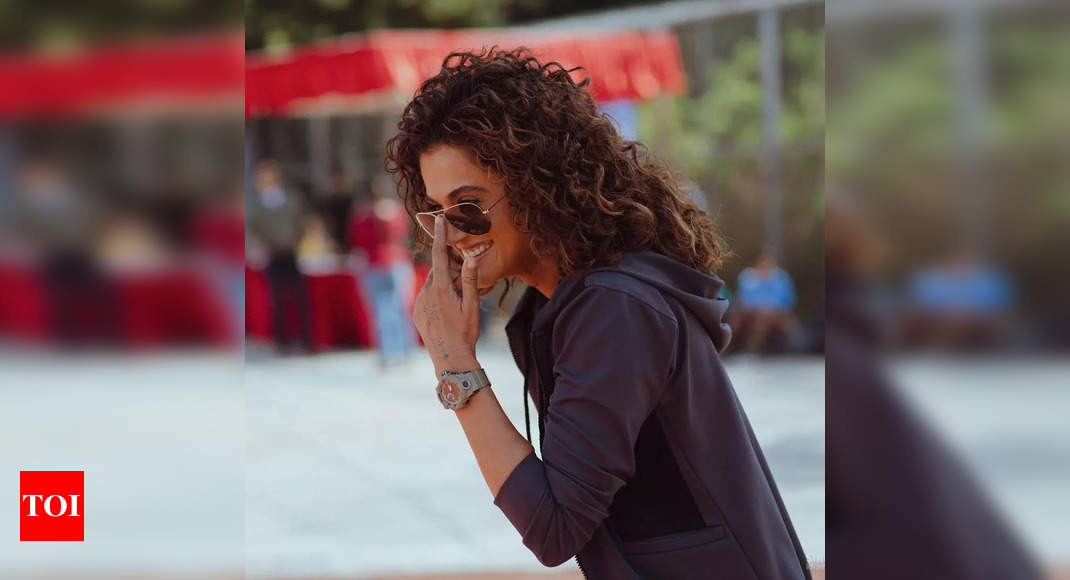 Taapsee Pannu has often talked about her struggles to ‘fit in’ before being established as a successful actor. She also raised his voice addressing body positivity and took a dig at the industry’s false beauty standards.
During a recent interview with a magazine, Taapsee revealed that she, too, was worried about her appearance and look like an actor at some point. In her initial days in showbiz, the actress was advised to share screen with big names and to reach the top behave and look in a certain way. Taapsee appeared in many Telugu and a few Tamil films before she made her Bollywood debut with the 2013 film ‘Chashme Baddoor’.
She admitted that in the beginning, she was obsessed with changing herself, trying to be more glamorous and a little dumb but she didn’t fit in. She was wise enough to quickly realize that those films will never make her an actor. And that’s she decided to do something out-of-the-box, completely unconventional, and not-so heroine-like. It finally worked for Taapsee. Now she understands how beautiful it is when you truly love the way you are.

Incidentally, Taapsee had earlier revealed how insecure she used to feel about her look and even underwent a chemical treatment to straighten her curly hair.
The actor further revealed how she realized that she has to be relatable rather than being aspirational. The actor who will soon be seen in ‘Shabaash Mithu’ learned this hard lesson while working in the South. So, after stepping into Bollywood the one thing she always kept in mind is that she will never repeat her mistakes.

Pannu has a series of interesting projects lined up as she will star in ‘Loop Lapeta’, ‘Dobaaraa’, ‘Blurr’ and ‘Mishan Impossible’ alongside ‘Shabaash Mithu’. She earned accolades for her supreme act in the last two releases ‘Haseen Dillruba’ and ‘Rashmi Rocket’.