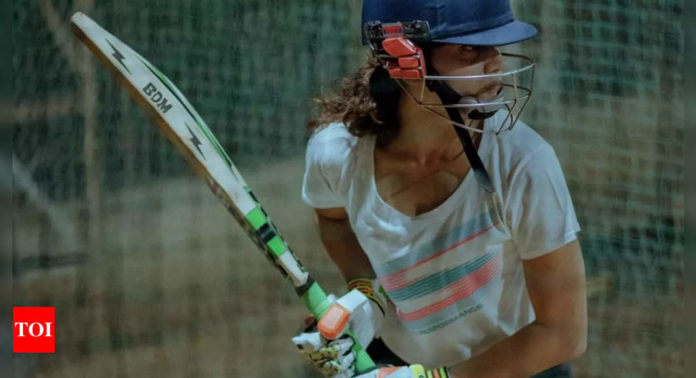 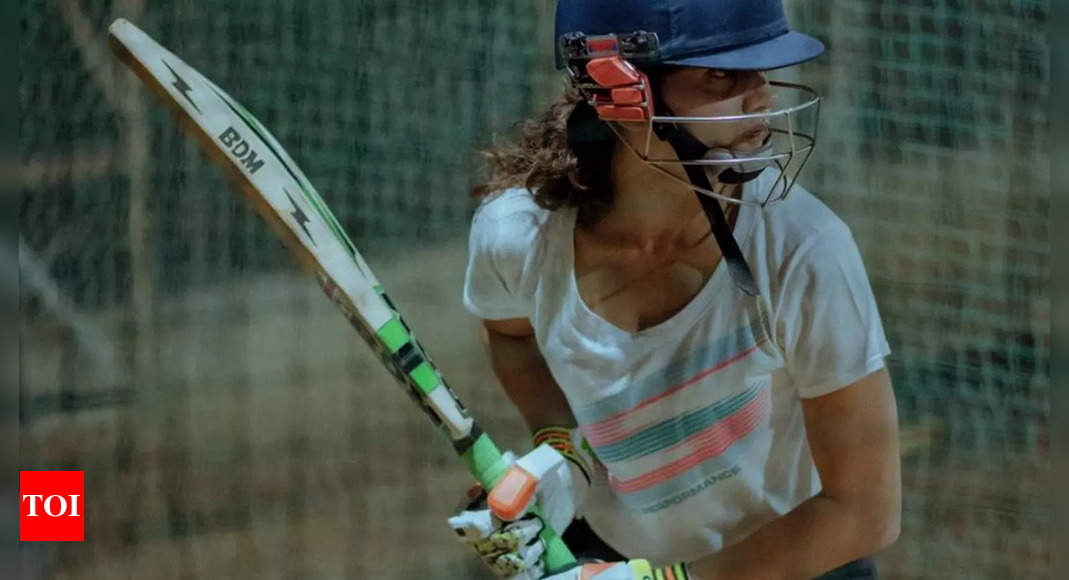 Bollywood actress Taapsee Pannu has left fans impressed with her impressive transformation for her upcoming sports films – ‘Shabaash Mithu’ and ‘Rashmi Rocket’.
The actress, who has been in a rather sporty moody lately, took to her handle to post a photo from her training session at a sports stadium. Dressed in running gear, Pannu best described the picture as the calm before the storm, and penned a few lines in Hindi that read, “बहुत सर पे चढ़ा रखा है इसे, किसी की नहीं सुनती, पर खुद की सुनती है …. बहुत बड़ी बात है.”

Blown away by her ripped physique, fans flooded her comments section with heart-eyes emoticons and lauding her saying, “Mind-blowing transformation.”

Taapsee will soon be seen on the big screen as Indian women’s cricket team captain, Mithali Raj in the biopic that chronicles her struggles and success story.

This photo comes just a day after the actress treated fans to a throwback post from her school days when she won the first prize. “Bahot tezz daudti hai……bachpan se. #CantKeepCalm #OnYourMarks Runs very fast……from childhood)” she captioned the photo.

While the actress is currently spending her time on the cricket pitch, she is also awaiting the release of her highly anticipated film ‘Rashmi Rocket’. The film is expected to release sometime in 2021.