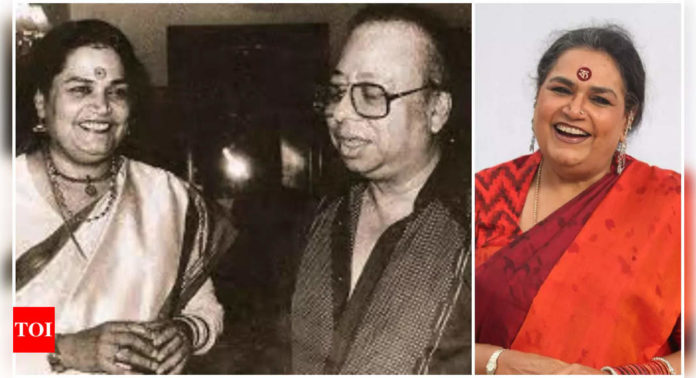 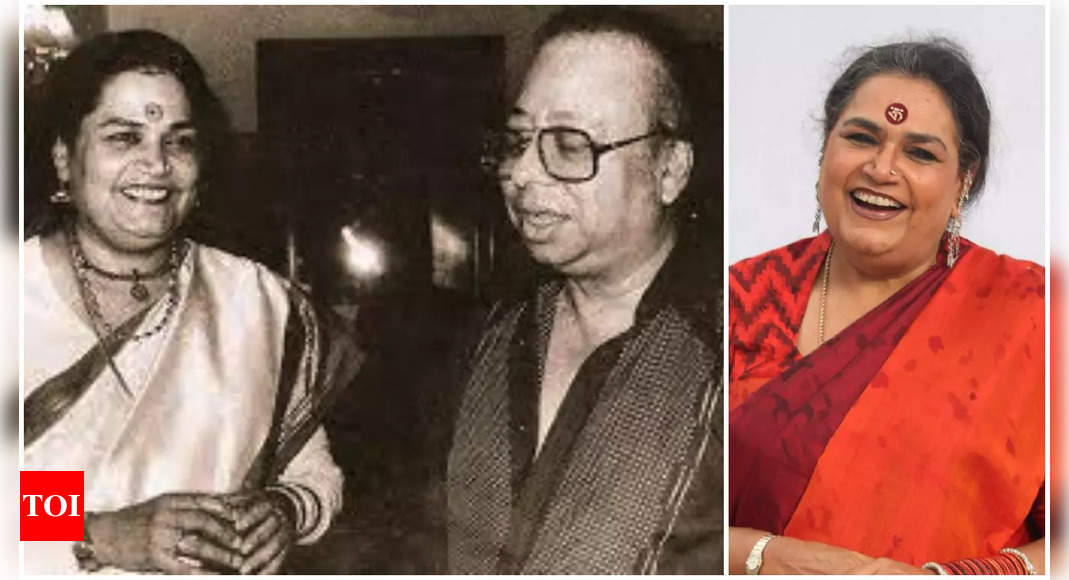 Usha Uthup, the unforgettable singer of Bollywood, was a part of the ‘Hare Rama Hare Krishna’ family. Having lent her voice to the title song of the 1971 film helmed by Dev Anand , today she is a proud woman that the riff of the Dum Maro Dum song from the film in question was played at the iPhone 13 launch (yesterday).
Talking exclusively to ETimes an hour ago, Usha Uthup said, “This is a very special, golden moment for RD Burman. I wish he was alive to enjoy it.”

Added Usha Uthup, “It was such a proud moment for me when I was asked to sing in ‘Hare Rama Hare Krishna’. I was a performer and Dev saab had especially flown into Chennai with Shashi Kapoor and RD Burman to listen to me. Later when he told me that they wanted me to sing for ‘Hare Rama Hare Krishna’, I was speechless; my joy knew no bounds.”

iPhone 13 launch yesterday has caught the ears of everyone. This afternoon, we brought you Zeenat Aman on whom the song was picturised, talking about it. The lady is otherwise a very private person and seldom speaks out, ‘rare’ would be a modest word for her reactions and interviews both.

When contacted, Zeenat Aman told ETimes exclusively, “The film was shot in Kathmandu and when I heard this song for the first time, I loved it but surely didn’t expect it to become such a mammoth chartbuster.” Still sometimes referred to as the Dum Maro Dum girl, Zeenat added, “They all talk to me about this time when I am at any music event even today.”

Zeenat Aman further said that it was such an exhilarating feeling to learn that the 1971 music of ‘Hare Rama Hare Krishna’ (which was her debut film) was still so relevant and resonating. “Wow,” she gushed.

Alongside, the social media continues to remain wild with frenzy about the Dum Maro Dum riff at the iPhone 13 launch.
Credit Source – https://timesofindia.indiatimes.com/entertainment/hindi/bollywood/news/i-wish-rd-burman-was-alive-to-enjoy-the-dum-maro-dum-moment-on-iphone-13-launch-says-usha-uthup-exclusive/articleshow/86233087.cms