Humayun’s Tomb – A Walk Through the Past

Humayun’s Tomb @ AM 6.15 – Humbly! It is an unknown hour to me. However, today was different. The duo, a very upbeat Mahadevan Chidambram and I, the drowsy eyed reluctant early bird, had planned for a short motorbike ride to photograph the recently restored Humayun’s Tomb. The monument that took 9 years to build 400 years ago took 7 years to restore (Wow!) and has been the talk of the town ever since Prime Minister Manmohan Singh inaugurated it on 18th of September 2013.

The massive restoration work of Humayun’s Tomb was undertaken by the Aga Khan Trust for Culture & Sir Dorabji Tata Trust, in partnership with Archaeological Survey of India (ASI). It involved a 200,000 man-day effort of craftsmen (including master craftsmen from Uzbekistan) who worked to apply 21,000 square metres of lime plaster, reset 5,400 square metres of sandstone on the terrace and lift 3,700 square metres of stone plinth to reconstruct the collapsed arcade and dome.

Around 12 hectares of lawns were replanted at Humayun’s Tomb, and over 2500 trees and plants, including mango, lemon, neem, hibiscus and jasmine cuttings, were planted in the gardens. A new water circulation system for the walkway channels was installed. To ensure that water flowed naturally through the channels and pools on the 12-hectare (30 acre) site without the aid of hydraulic systems, the water channels were re-laid to an exacting grade of one centimetre every 40 metres (1:4000 scale). This eventually enabled water to flow through the watercourses in the gardens, and dormant fountains to start functioning once again. Other tasks in this mammoth restoration project included setting up a rainwater harvesting system using 128 ground water recharge pits, silt removal and revitalisation of old wells that were discovered during the restoration work. (Click here to download/read official documentation in PDF format). Do you fancy this now?

Well we did. We set out at AM 6:55 and rode directly toHumayun’s Tomb – “Hmm … No breakfast”. As we parked, so did the ticket issuer. Morning walkers, photography enthusiasts and twosomes dotted the manicured lawns. The world was already there. Blimey! At AM 7:40. Well! We will have humans in our photos. No! More luck. The pathways also had a few canines prancing around this UNESCO World Heritage Site. Phew! I thought aloud if they had volunteered to stay away for the inauguration and were back to reclaim what once belonged to the Sur Dynasty and then the Mughals. No response. The mutts stayed muted.

At Humayun’s Tomb, we picked up our tickets for Rs.10 each after convincing the chatty ticket issuer that we were not NRIs (NRIs and Overseas Visitors have to shell out Rs.250) and entered the precincts. The pathway to the main doorway was lined up with vinyl storyboards and standees (the site exhibition) announcing the various aspects of the  restoration of the tomb. These may stay hoisted here till the nature claims them or the scavengers strike. I prefer the scavengers so that the cleanup happens sooner and the modern plastic disappears from the horizon of historic splendour.

The great part starts from here. The main double-storeyed gateway of Humayun’s Tomb was shiny new though it is still work in progress (we saw the camouflaged scaffolding).

As we crossed over there it was – Humayun’s Tomb, aplomb in its restored grandeur with lush green Char Bagh & The Waterways (hmm… nice name for a rock band). The scene was incredibly tranquil and calming. The only music being sung was by the merrily chirping parrots. Even the canines didn’t do any royal bow wow. And we did spot some peacocks too. A visit will take you around an hour or more depending upon how strong your wanderer spirit is. There is a lot to see and the place is very well marked. On the way back, you may also seek blessings at Gurudwara Damdama Sahib which is right next door. If you intend to go with your family and “the” picnic basket, please ensure that the litter is contained and removed – make a mark on hordes of “Goras” we saw coming in. Or! Better still head out to Odeon Sweets in Gole Market as we did for some scrumptious Chola Bhaturas. 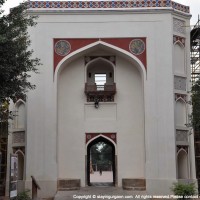 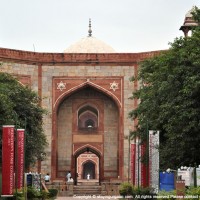 The main Gateway to Humayun’s Tomb 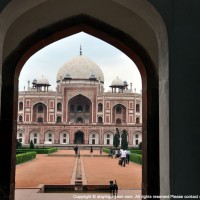 Humayun’s Tomb seen through the gateway 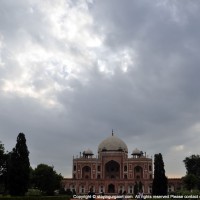 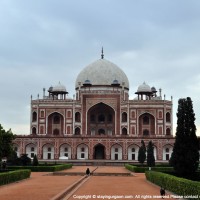 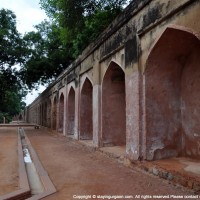 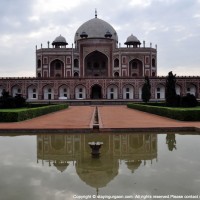 The restored grandeur of Humayun’s Tomb 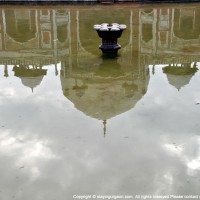 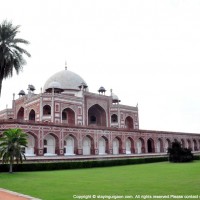 An angular view of Humayun’s Tomb from Char Bagh 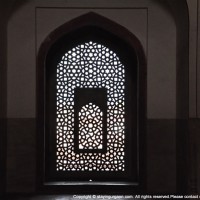 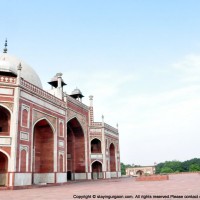 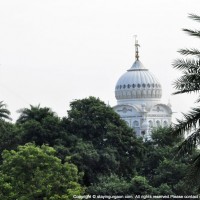 Gurdwara Dam Dama Sahib, Delhi, as seen from the terrace of Humayun’s tomb 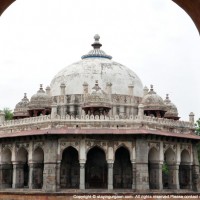 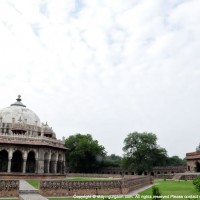 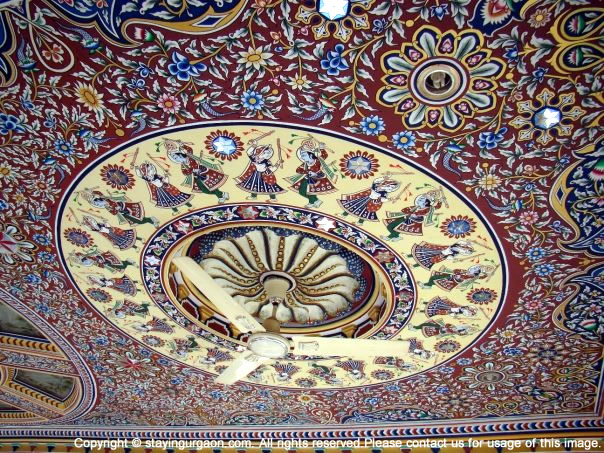 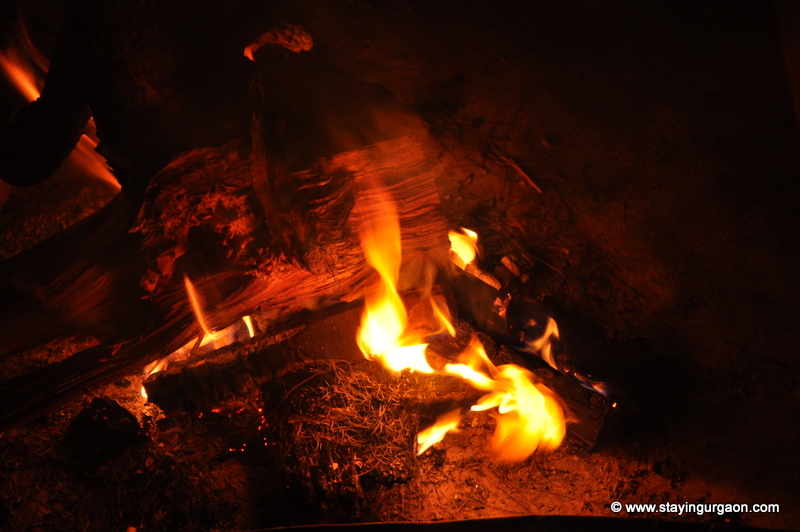 Mitwah Cottages – Your One on One with Nature