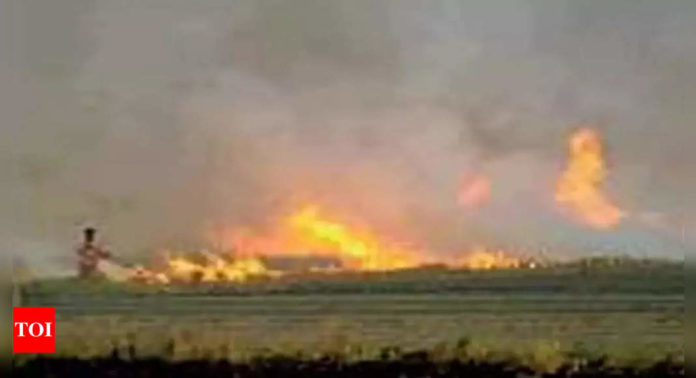 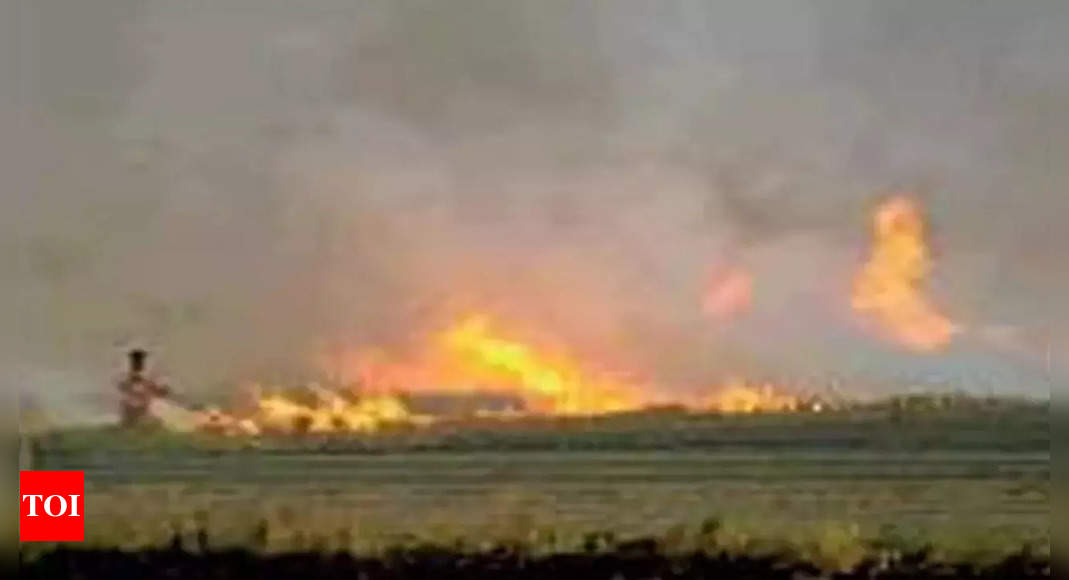 KARNAL: Stubble burning continues unabated in Haryana. On Friday, 363 fresh cases were caught by Haryana Space Applications Centre (HARSAC), which is the highest single-day surge so far.
With 116 cases, Karnal reported the highest number of incidents, while 100 and 67 field fires were spotted in Kaithal and Kurukshetra districts, respectively. With this, the total number of stubble burning cases (active fire locations) in Haryana rose to 850 in a month (since September 15).
However, the farm fire incidents in the state are still less this year as compared to 1,835 cases reported in the corresponding period last year.
The data shows that most of the stubble fire ban violations are by Karnal farmers as 296 active fire locations have been reported from here. It is followed by Kaithal (203), Kurukshetra (172), Fatehabad (40), Ambala (39), Yamunanagar (32), Jind (23), Palwal (21), four each in Sirsa and Sonipat, and one in Faridabad.
Dinesh Sharma, SDO of Karnal agriculture department, said, “The department is motivating the farmers to ensure crop residue management. In this regard, around 435 custom hiring centres have already been established in Karnal district. We are ensuring strict compliance with the law. So far, we have imposed a fine of about Rs 2.7 lakh in the district.”
Credit Source – https://timesofindia.indiatimes.com/city/gurgaon/363-farm-fires-detected-in-haryana-highest-in-a-day/articleshow/87074164.cms