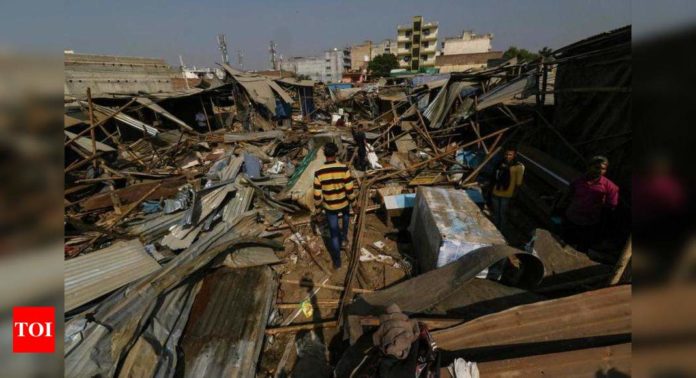 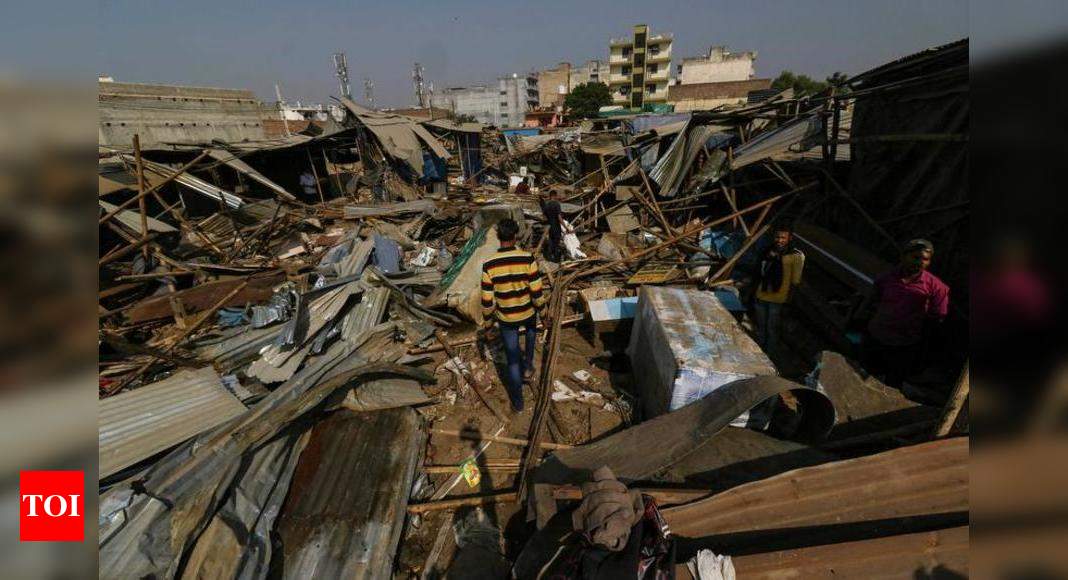 Gurgaon: The enforcement wing of Haryana Shahari Vikas Pradhikaran (HSVP) on Wednesday cleared around 5 acres of prime land in Nathupur along Golf Course Road and razed around 700 shanties.
In the past two days, HSVP had cleared around 9 acres of land in this area.
Residents from Nathupur staged protest as soon as the HSVP enforcement team reached the spot for the demolition drive. The locals tried to stop the drive but the HSVP officials refused to return and started the drive in the presence of heavy police force. The protesters were warned of legal action by the authorities.
Estate officer-2 of HSVP (Gurgaon), Jitender Kumar, said that this is one of the biggest drives by the authority in which a large land parcel has been freed from the encroachers.
“The demolition drive will continue till we clear the entire HSVP land,” said Kumar, adding that the land was acquired by the authority long back and all landowners had taken compensation.
SDO (survey), Satyanarayan, said that the area is located along the Golf Course Road and is one of the most expensive land parcel in Gurgaon. “After clearing the encroachments, we will prepare a a development plan on the land,” he said, adding that the authority will monetise the land.
Junior engineers, Sandeep Lot along with Balraj Singh, Ramesh Rana and Parminder Singh, led the day-long demolition drive on Wednesday.
Once the drive began, the encroachers started to collect their belongings.
“They have been given time to vacate the land but they did not do so and at the time of demolition they were asking for time to collect their belongings,” said junior engineer Sandeep Lot.
Credit Source – https://timesofindia.indiatimes.com/city/gurgaon/700-shanties-razed-land-on-golf-course-road-cleared-of-squatters/articleshow/87899010.cms