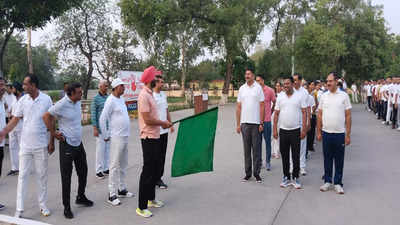 AMBALA: To spread awareness against drug abuse on the International Day Against Drug Abuse, the Ambala police organised a marathon on Sunday morning.
About 400 employees and officials of Ambala police department including superintendent of police (SP) Jashandeep Singh Randhawa participated in the marathon and took oath of taking action against drugs related cases.
Meanwhile, giving information about the drugs related cases, Ambala SP said the district police under a special campaign against drugs have registered 57 cases of Narcotic and Psychotropic Substances (NDPS) Act and sent 71 accused people and smugglers behind the bars.
“Taking further action, property worth about Rs 3 crore of four drug smugglers, who were found pushing youths into the darkness of drugs and collecting money by selling contrabands have also been seized”, said SP Ambala Jashandeep Singh Randhawa.
He said that in these 57 cases, the Ambala police recovered 6.64kg opium, 1.47 quintal poppy husk, 6.54kg ganja (dried cannabis), 1.52kg heroin, 8,248 narcotic capsules, 15,015 narcotic pills and 350 narcotic vials.
The Ambala police appealed to the general public to share information about the drug smugglers and drugs being sold in their areas and that people’s support is very important in tackling this menace. 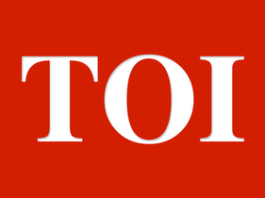 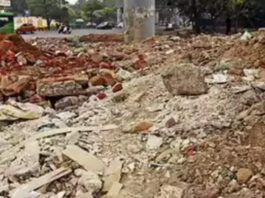 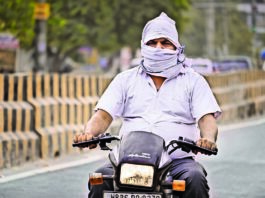