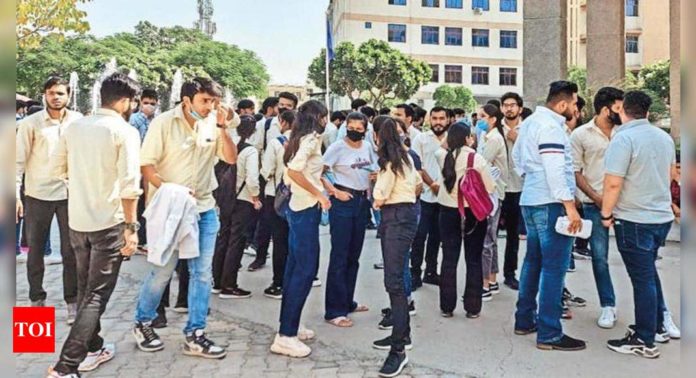 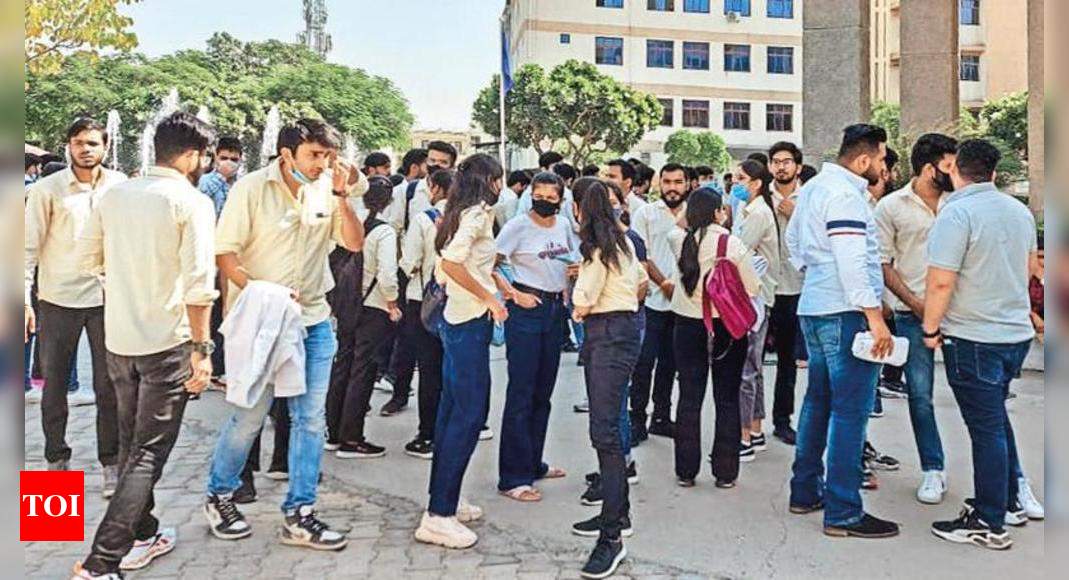 GURUGRAM: Students of SGT University protested on Tuesday to demand the arrest of all accused in the murder of a youth on the campus.
Vinit, a final-year student of Bachelor of Ayurvedic Medicine and Surgery (BAMS), was shot dead on Friday afternoon in the parking area while he was on his way to the hostel with his friends. Four students from the same university had been booked, but no arrests have yet been made so far.
“Police are yet to make any headway in the case. Some students have left the hostel of the ayurvedic medicine department and returned home in fear. We have asked the university to send monetary compensation to the victim’s family,” a student said, not wishing to be named.
Some people TOI spoke to on the campus said several students have restricted themselves to their rooms while others have decided not to attend courses till all the accused are arrested.
“The investigation seems to be moving at a snail’s pace, though it is known who the accused are. We feel anxious and unsafe here,” said another student, requesting anonymity.
Meanwhile, the university administration has deployed more security guards on the campus and is working on a separate entry. At present, the university shares its entrance with a hospital. “The murder of a student on the campus is bound to affect everyone studying here. While the administration has assured students of a safer environment, my parents are considering pulling me out of the college,” one of Vinit’s classmates said.
Credit Source – https://timesofindia.indiatimes.com/city/gurgaon/arrest-murder-accused-say-students-at-campus-protest/articleshow/86977889.cms