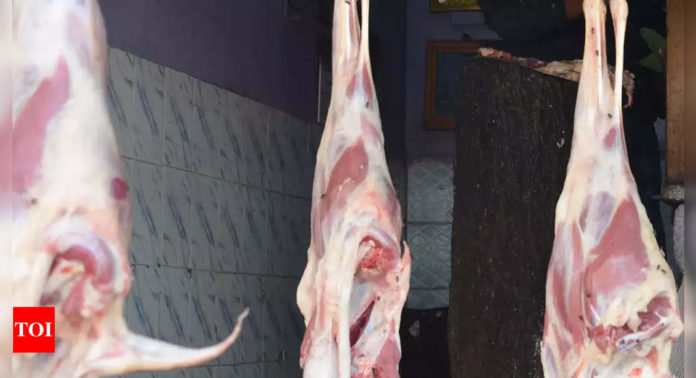 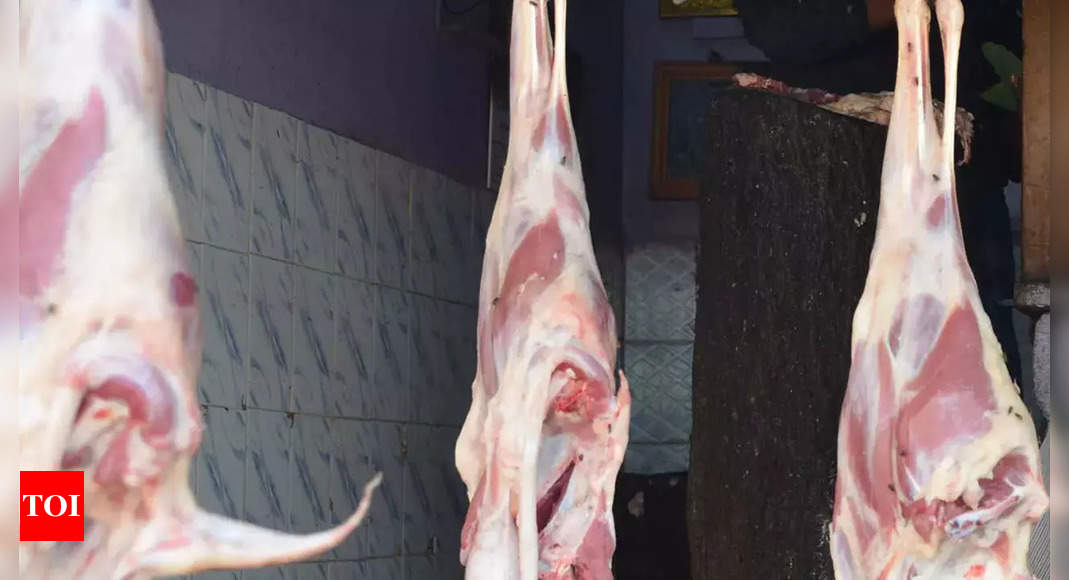 GURUGRAM: With Navratri around the corner, several outfits under the banner of Samyukta Hindu Sangharsh Samiti (SHSS) have written to the deputy commissioner seeking directions to shut all meat shops in the city during the nine days of festivities. The outfits have also sought a “permanent ban” on all “illegal” meat shops.
“We have been protesting against this for the past fourfive years. There are 150 registered meat shops in Gurugram. But there are thousands of shops that are running illegally. We have written to the deputy commissioner seeking their permanent closure,” said Rajeev Mittal, who identified himself as spokesperson for SHSS. The group claimed to have 24 outfits as its members.
Mittal added that they have sought the directions to shut all meat shops in the city during Navratri that starts from Thursday. “In the past, there have been instances when the administration has failed to shut meat shops during the festivities and arguments have broken out between different groups because of that,” he alleged.
The group has also raised “concern” over namaz being offered in public spaces saying it causes “inconvenience” to people in its memorandum to the deputy commissioner on Monday. Gurugram police have designated sites for namaz after some outfits in the past tried to disrupt Friday prayers in the city.
Meat shop operators said their businesses have already suffered huge losses since 2020 and shutting shops for almost 10 days would only add to the problems.
“Closing down any shop means major losses for the owner. Since last year, our business has suffered a lot. If we were to shut our shops for several days now, it would only affect us more,” said Pritam Bhagat, a meat shop owner.
For the past couple of years, many meat shops in the city have remained closed during Navratri.
Credit Source – https://timesofindia.indiatimes.com/city/gurgaon/closure-of-meat-shops-sought-in-gurugram-during-navratri/articleshow/86772046.cms