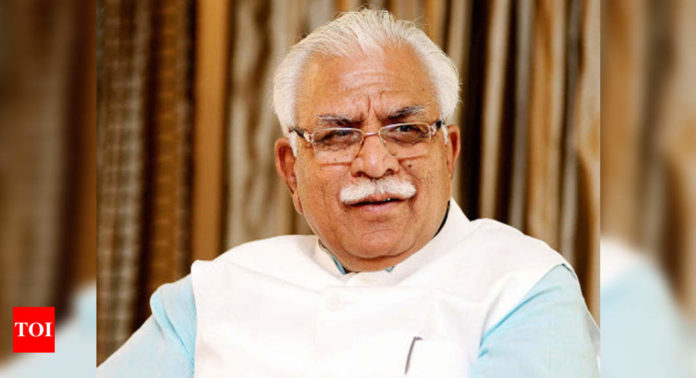 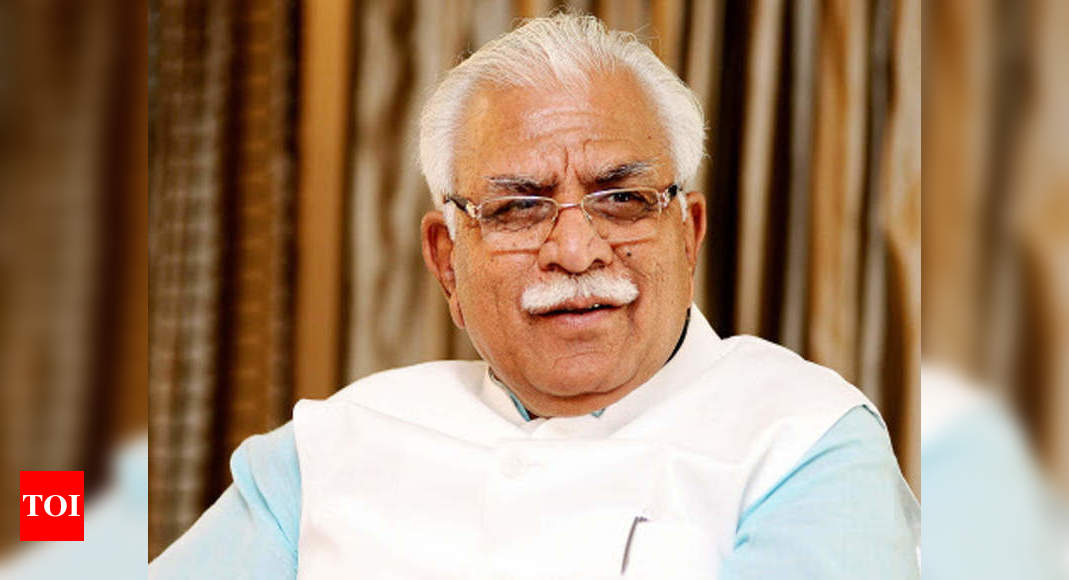 GURUGRAM: The Haryana government on Sunday extended the lockdown across the state by more than a week till June 7. In an order issued on Sunday, the government said though the positivity rate had come down, the restrictions must continue to bring down the fatalities.
In the new set of guidelines, malls have been allowed to open, but with restrictions on the number of visitors. The timings of shops have also been extended till late in the afternoon. However, restaurants and bars will only be available for takeaways and deliveries. Cinema halls will continue to remain shut and so will eateries in the malls.
The lockdown order follows an announcement by chief minister Manohar Lal Khattar earlier in the day. “That although the Covid positivity rate has come down, however the mahamari alert suraksha Haryana needs to continue to bring the rate of fatality further down,” the order stated.
Standalone shops, which had last week been divided into odd and even categories, can stay open through the day except during the night curfew (10pm-5am). Other shops will now be open from 9am to 3pm.
Although many shops were allowed to open last week itself, only those dealing with essentials saw some footfall. Sector markets and other commercial areas have continued to wear a deserted look even as some of the relaxations have eased.
Malls will stay open from 10am to 6pm. However, only one visitor per 25sqft area will be allowed. The malls have been asked to design an app that will help them regulate the movement of visitors. “Malls shall develop apps to regulate the movement of people,” the order mentioned. Theatres, restaurants and bars inside malls will stay shut.
Hotels, too, have been allowed to open, but banquets and conference rooms will stay hut for guests.
Restaurants will also not be open for dining,
Malls in the city said they would now calculate the number of visitors they can allow according to the area. “We will take the total area and then calculate the number of people that can be allowed inside. We welcome the government’s move and it should not be difficult to implement the rule at all,” said Aman Bajaj, a member of the MGF Metropolitan Mall Association.
Haryana has now been under lockdown for around a month. The first lockdown was announced in early May and has since been extended by weeks. The restrictions are being seen as the major reason behind the fall in Covid numbers. On May 1, Gurugram had 38,561 active cases. As of Sunday, the district had 1,727 active cases.
Gurugram deputy commissioner Yash Garg said he had directed his team to ensure the restrictions are followed strictly. Like the earlier phases, police will carry out random inspections in the city to ensure people are following the Covid safety protocols. Gurugram police has already booked more than 100 people through May for breaking lockdown norms.
Credit Source – https://timesofindia.indiatimes.com/city/gurgaon/curbs-extended-in-haryana-but-malls-hotels-to-open/articleshow/83098677.cms

Water supply may be hit in Gurugram on Wednesday & Thursday