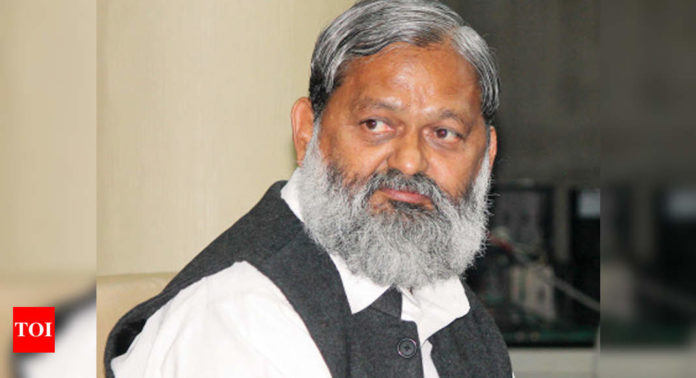 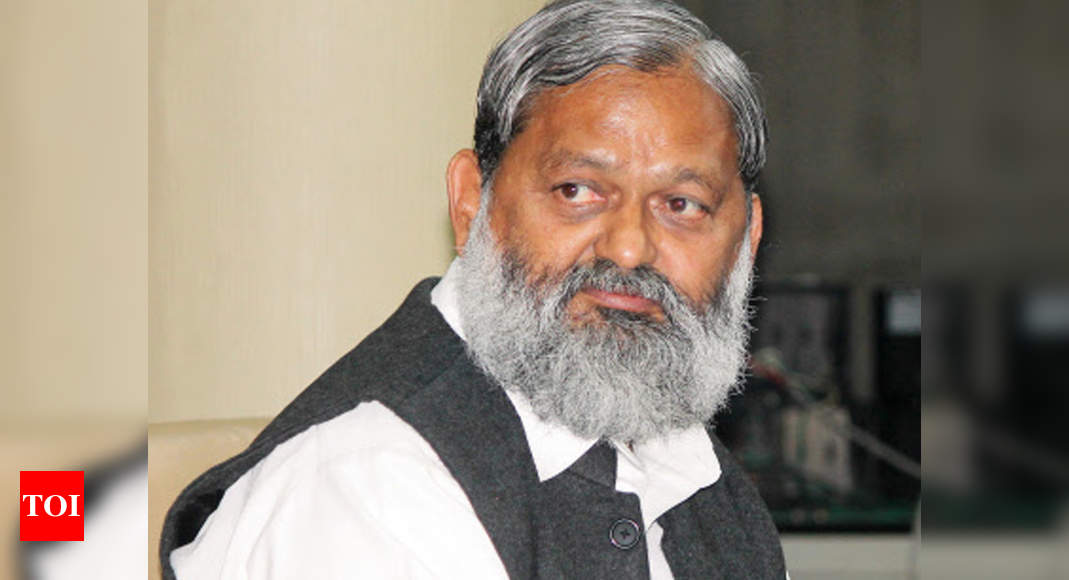 GURUGRAM: State health minister Anil Vij on Monday warned that lockdown relaxations could be revoked if esidents failed to adhere to Covid-safety protocols, particularly in markets and eateries.
On Sunday night, the state government allowed restaurants and bars to stay open from 10am to 10pm with 50% capacity, giving a two-hour extension after multiple requests from eatery owners. Shops have also been granted a two-hour extension and can now stay open from 9am to 8pm, provided all health protocols, such as social distancing and regular sanitisation, are followed.
But Vij said that he had received reports of people flouting Covid-safety protocols in markets and eateries. “People must strictly follow the guidelines issued by the health department to check the spread of coronavirus. The cases have come down but people should understand that the pandemic is not yet over,” he told mediapersons.
In fact, many people have tweeted images and messages regarding violation of Covid protocols, including social distancing, in marketplaces and restaurants in the past 24 hours and requested the health minister to take action. “If more violations are reported, I will be forced to withdraw the relaxations given during the lockdown. This is because my priority is to save people from this virus,” Vij said.
Meanwhile, on the issue of widening rifts between the state government and farmers protesting against the three controversial laws, Vij said that strict legal action would be taken against the protesters for disrupting the law and order situation in the state. “An FIR has been filed against protesters who damaged the foundation stone of a proposed party office in Jhajjar,” he said. A group of protesting farmers on Sunday damaged the foundation stone of the BJP office in Jhajjar, hours after state party chief OP Dhankar had attended the event.
Credit Source – https://timesofindia.indiatimes.com/city/gurgaon/covid-rules-being-flouted-says-vij-issues-caution/articleshow/83526099.cms