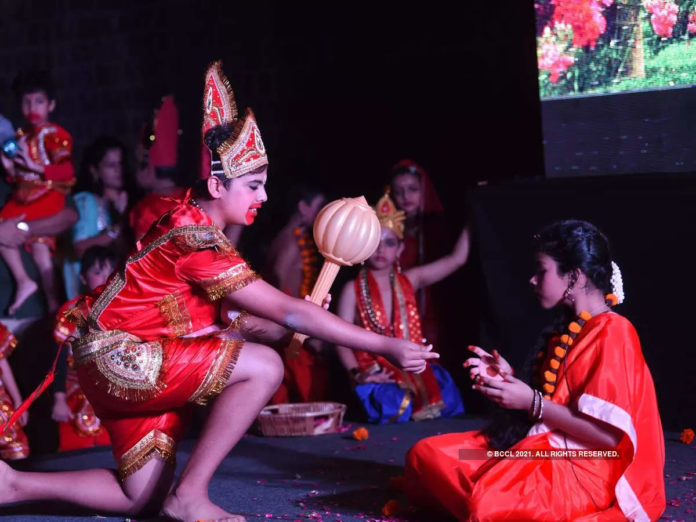 An unfortunate side-effect of the COVID pandemic has been the complete shutdown of cultural activities in Gurgaon over the last year and a half. Usually, festivals and red-letter days would see residents getting together and performances by kids and adults alike across various societies and condominiums in the Millennium City. But as social distancing and ‘stay at home’ became the norms, all that vanished. With normalcy returning during the festive season in a limited manner, an attempt was made to restart this paused tradition. On Dussehra, around 50 kids at Pioneer Araya, performed a mini Ramlila, the first-of-its-kind event since the pandemic began. 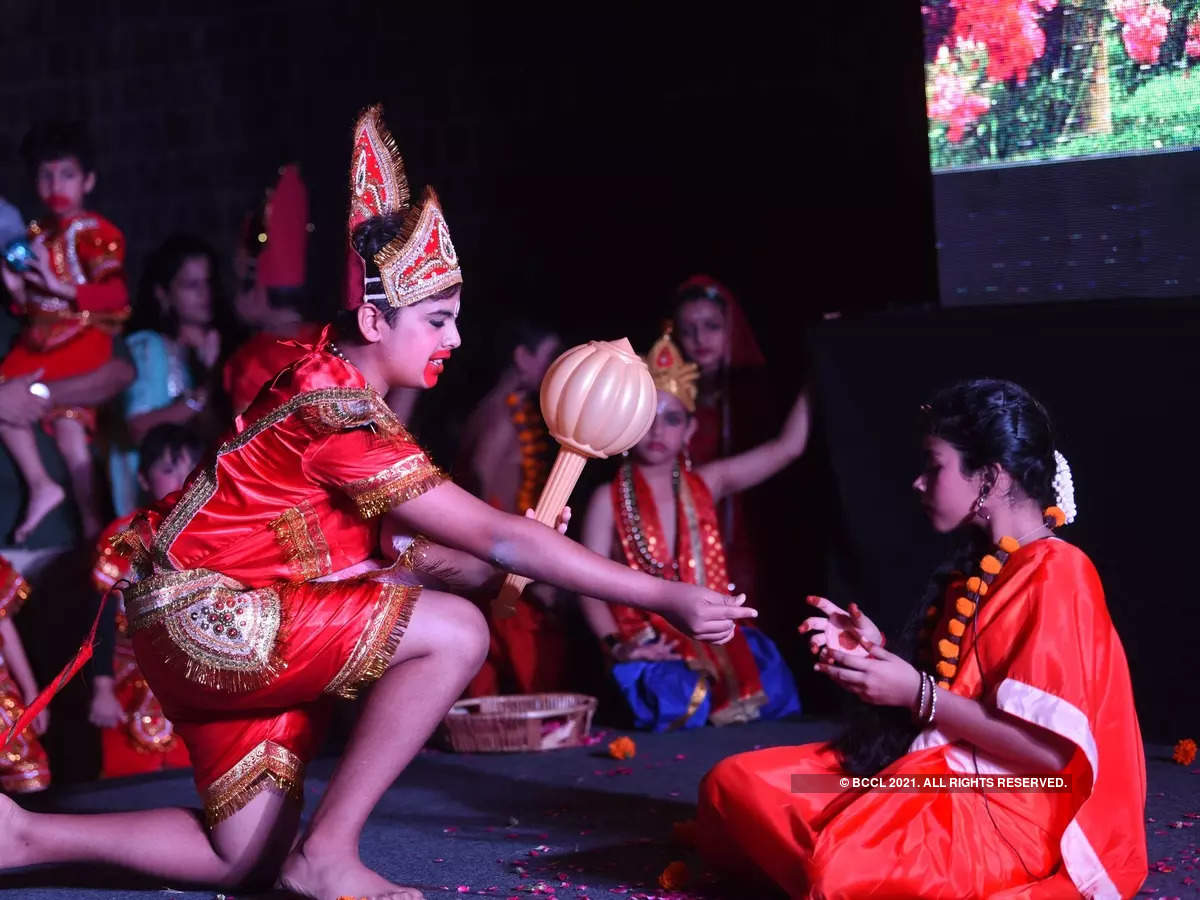 Around 50 kids performed the mini Ramlila, the first-of-its-kind event since the pandemic began 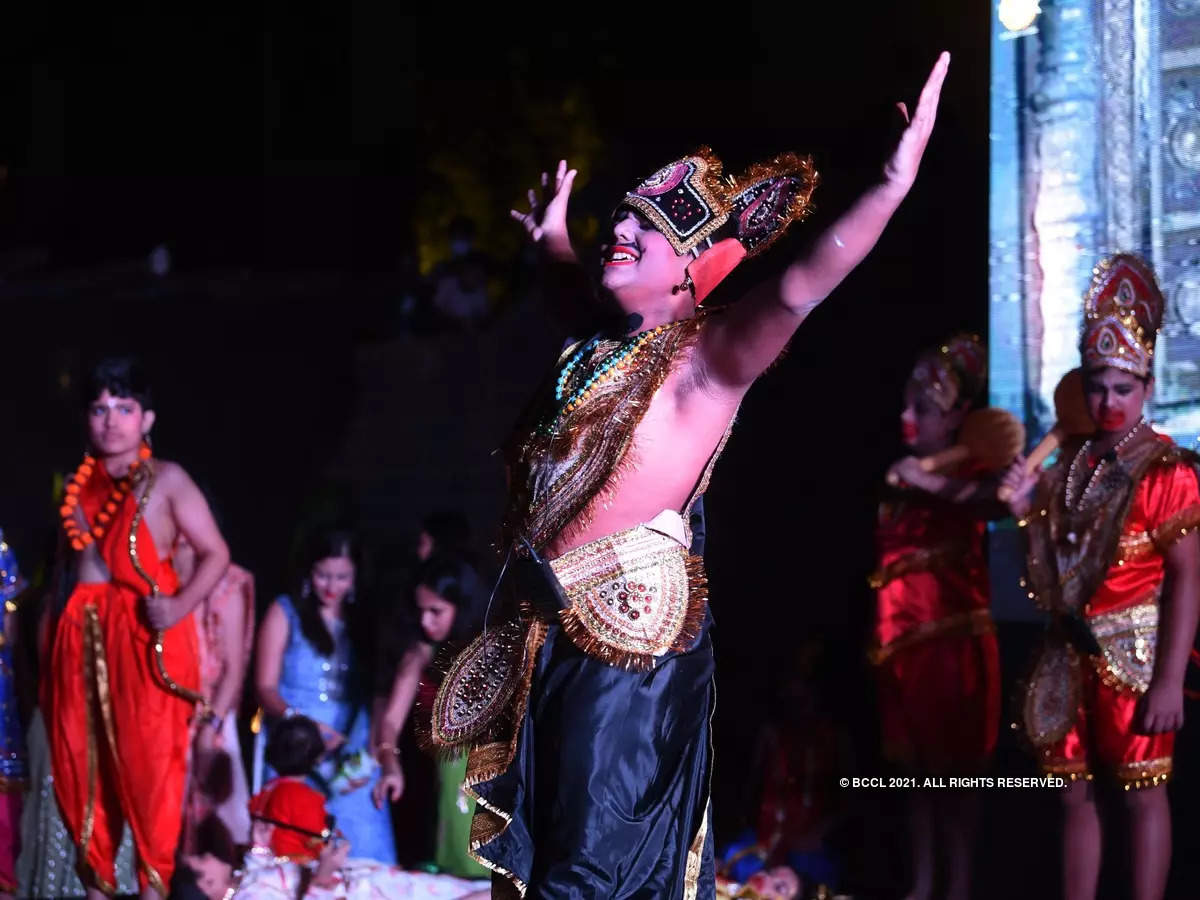 All the kids, aged 3-14, performed the various roles associated with the traditional Ramlila. The play, however, was shorter than the regular duration of the traditional Ramlila, which is normally staged over ten days. The staging was organised by Kalaakar, a city-based club comprising of the children. Arpana Agarwal, founder of Kalaakar, told us, “All the kids were residents of Araya and Presidia and the production was an attempt to introduce them to the Ramlila and educate them about our culture.” The staging was followed by a traditional ravana dehan, which was witnessed by the residents of the condominium. The event was an effort to restart festival celebrations in the society, having been dormant since the pandemic began. 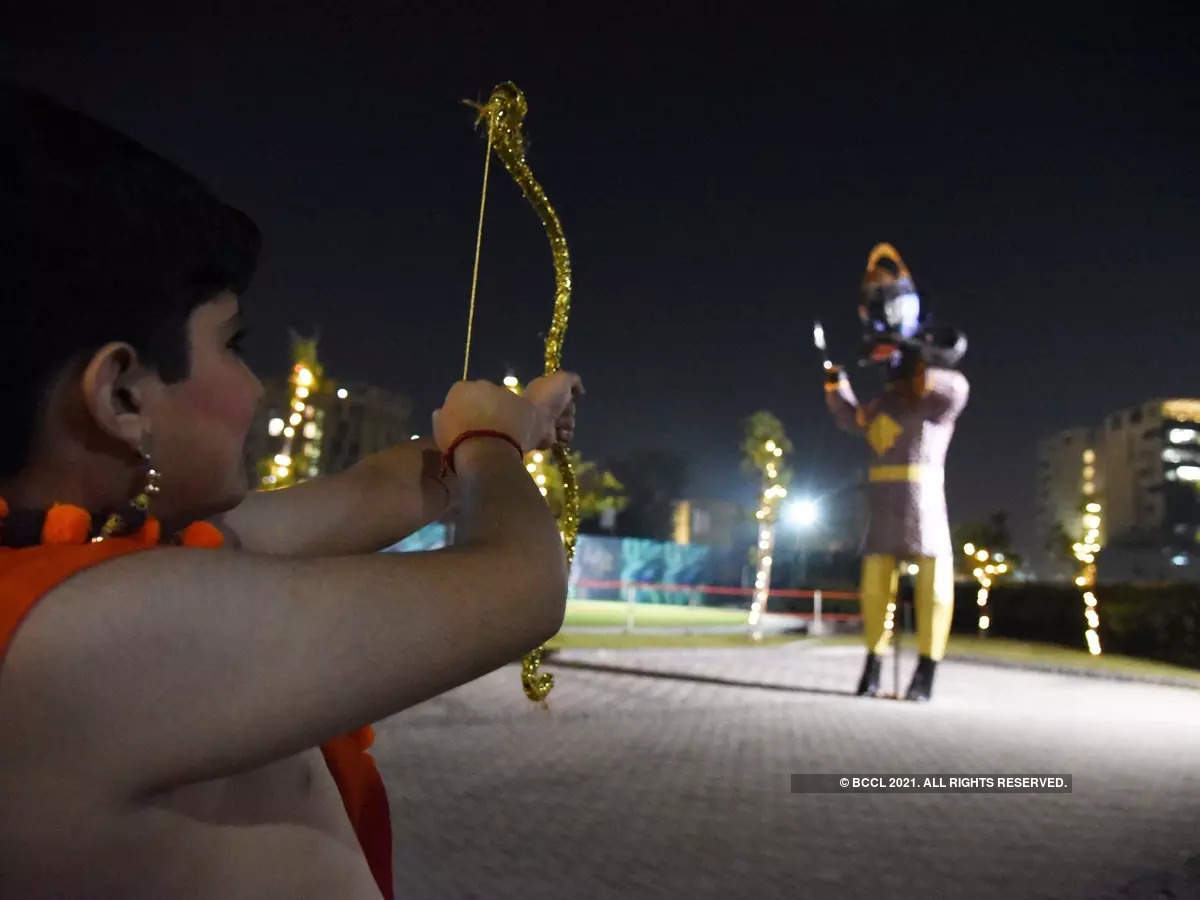 The staging was followed by a traditional ravana dehan