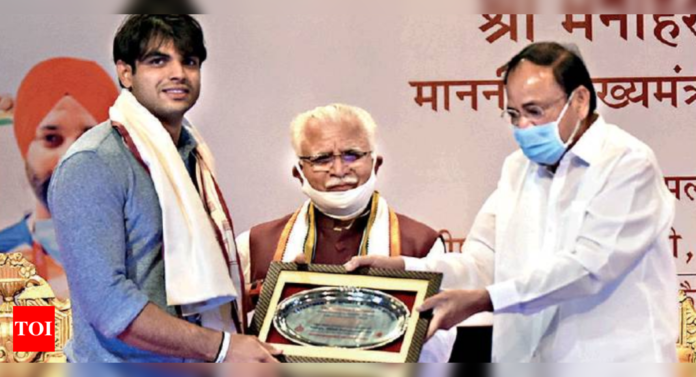 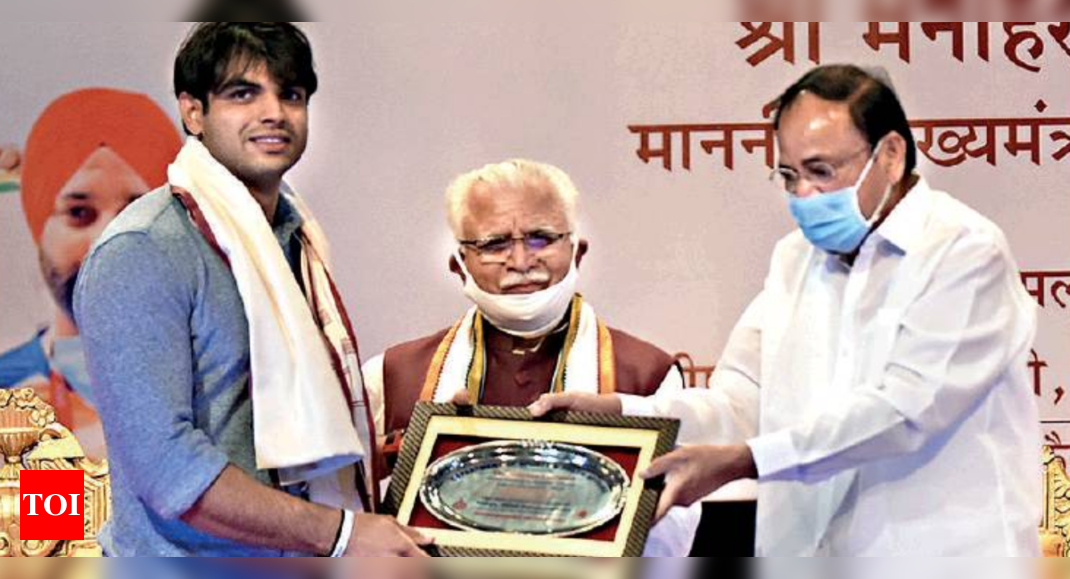 GURUGRAM: All governments must “give priority” to the welfare of farmers and keep the room for dialogue open with them, Vice-President M Venkaiah Naidu said on Sunday. He added that the issue of farmers must not be mixed with politics.
Naidu was in the city to launch five volumes of Sir Chhotu Ram: Writings and Speeches, which is based on the life, work and principles of Deenbandhu Sir Chhotu Ram. While speaking at the event, he referred to the protest by farmers, which has been underway for almost 10 months now.
“All governments should focus on and give priority to farmers, their welfare. I am not talking of politics, dialogue must always keep happening between the government and farmers. The issues of farmers should not be linked with politics. If you mix them with politics…there will be a division. Politics has come, you are seeing what is happening,” Naidu said.
He also emphasised on the need for people to be ready for “change” and “new ideas”. “In the political sphere, political roots should be respected. In the manifesto, what they want to do, what they will do should be clearly written. Afterwards, it should be assessed… but we must always be ready for change, new ideas,” he said.
Naidu spoke of the need to transform the country into a “one food zone”, with an open market system under which farmers can sell their crops anywhere. This, he said, would stop the exploitation of the farmer community.
“This is in the interest of the country and also in the interest of farmers…. It is very important because 50% of the people in the country depend on agriculture even today…. Helping farmers is everyone’s job, and everyone should come out of politics and focus more on these topics,” he said.
The Vice-President described agriculture as the “basic culture” of India and the “backbone of our economy”, saying it helped propagate “traditions”. “Agriculture is our basic culture, agriculture has traditionally been the backbone of our economy. It has been the endeavour of every government to improve the living conditions of farmers and provide remunerative prices to various crafts. Our villages not only produce food grains for us but also circulate our sanskaras among our children, our values and traditions,” said Naidu.
“This is very important because nowadays, we are seeing a decline of standards, a decline of values in politics, in public life, in academic life, in the legislature, in Parliament, in assemblies, everywhere. This has to be re-established again,” he said.
Apart from agriculture, the Vice-President also stressed on the importance of Hindi, without which, he said, “it’s not possible to progress in India”.
“More than the importance of the language, I am speaking of the fact that more people know, speak and read this language. That is why this language is very important. Even when I go to Chennai, I tell the people there, ‘don’t oppose a language, try to learn it’. Yes, English is important. But first, learn your mother-tongue…. If you want to meet people in India, tell them your sentiments, you have to learn that language as well,” he said.
Credit Source – https://timesofindia.indiatimes.com/city/gurgaon/dialogue-between-farmers-and-govt-must-remain-open-says-venkaiah/articleshow/86353322.cms