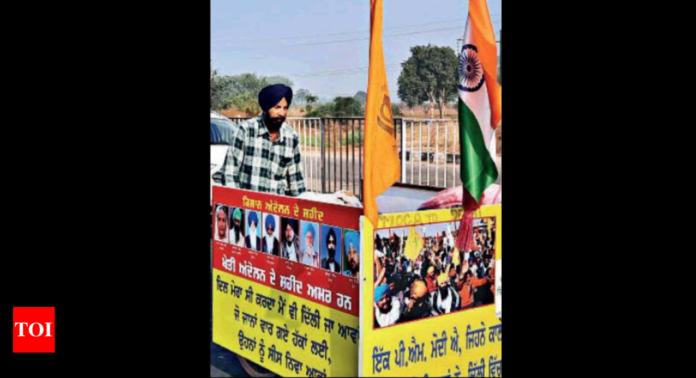 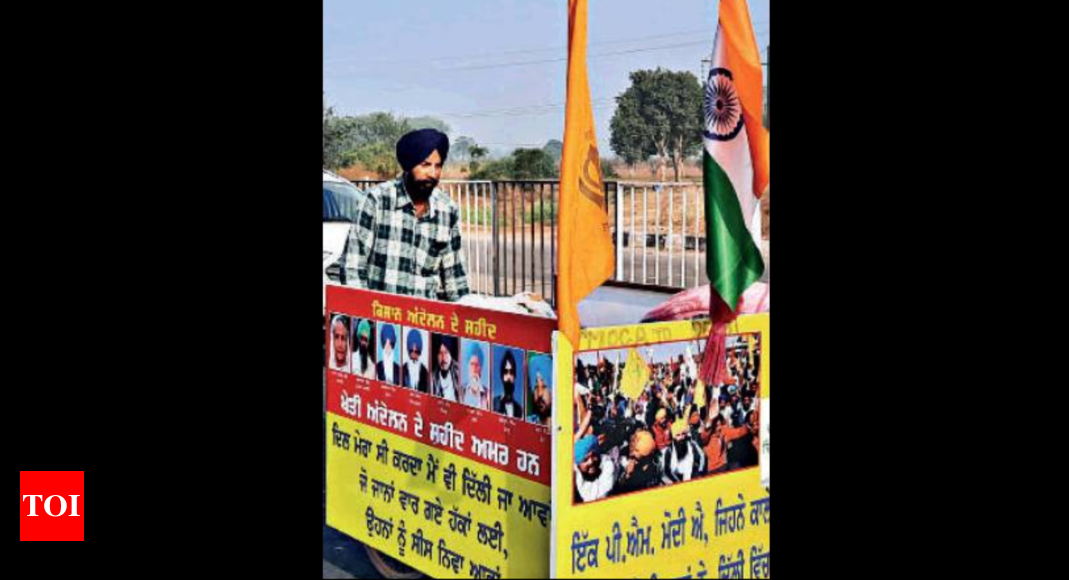 JIND: A farmer started his foot march from Moga city of Punjab and will walk 400km to Tikri border, dedicating his yatra to farmers on completion of one year of agitation against centre’s three controversial laws.
He will reach Tikri border via Jind and Rohtak on Jind-Patiala-Delhi national highway.
Balvinder Singh (55) from Dasmesh Nagar of Moga is a retired policemen and owns three-acre land. Singh left home carrying a rehaddi pasted with pictures of martyrs of the movement and he covers 45km a day.
“I dedicated my foot march to farmers who won after a yearlong fight. Unity of Haryana and Punjab worked well and the Modi government, which used to say there are only a handful farmers protesting at borders, had to give in. Everyone came to know that farmers are patriotic and dedicated to the nation,” he added.
Balvinder said he was encouraged en route by Haryana farmers, who gave him fruits. The love given by Haryana farmers will not be forgotten, said Balvinder.
Credit Source – https://timesofindia.indiatimes.com/city/gurgaon/farmer-sets-out-on-400km-foot-march-from-punjab-to-tikri-border-as-tribute-to-farm-protest/articleshow/87942046.cms