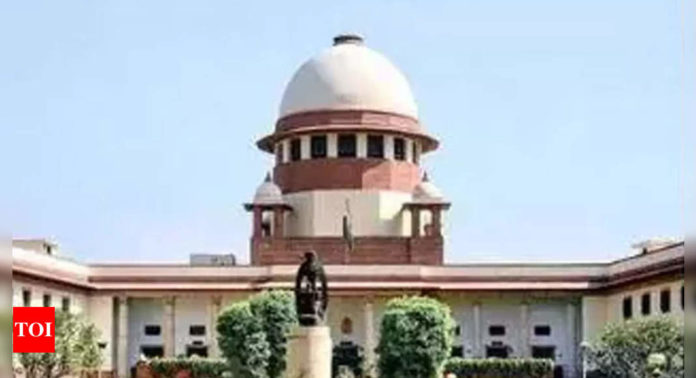 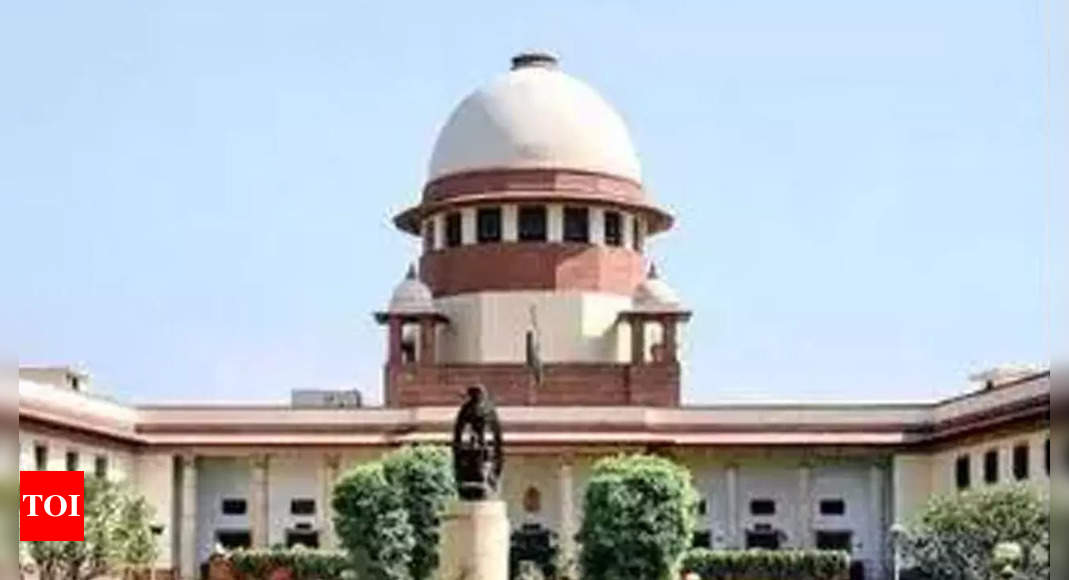 NEW DELHI: Facing the ire of Supreme Court for not being able to control the severe air pollution in Delhi, the Centre on Friday decided to take upon itself the responsibility of ensuring that various measures are complied with in NCR, a task that was earlier done by the pollution boards.
It told the SC that an enforcement task force had been set up and 40 flying squads formed to catch hold of non-compliant persons and entities and penalise them.
Acting within the stipulated period of 24 hours given by the apex court on Thursday, solicitor general Tushar Mehta told a bench of Chief Justice N V Ramana and Justices D Y Chandrachud and Surya Kant that the Centre had taken immediate steps to augment the implementation of the directions of the Commission for Air Quality Management (CAQM) in NCR after the court pointed out that the panel did not have enforceable powers.
8-hour daily cap for industries not operating on cleaner fuels
An enforcement task force with five members has been constituted by the commission in exercise of its statutory power. Earlier, inspections were carried out by CPCB, respective state governments and their state pollution control boards. It is submitted that now flying squads have been constituted which will directly report to the enforcement task force of the commission which itself will exercise powers of taking punitive and preventive measures against non-compliant/defaulting persons/entities,” Mehta told the bench.
He said the commission has further directed that industrial operations and processes in NCR shall be allowed only up to eight hours a day during weekdays and shall remain closed on Saturdays and Sundays if the industrial unit is not running on PNG or cleaner fuels. The bench then asked the Centre to file a proposal for all industrial units to switch to PNG or cleaner fuels in a time-bound manner.
Senior advocate Abhishek Manu Singhvi, appearing for the Delhi government, assured the bench that all necessary action would be taken to curb pollution and pleaded that the court allow construction work for seven hospitals which was essential in view of reports of a potential third wave of Covid-19.
Allowing the plea, the bench said, “We permit the same, subject to compliance with CAQM directions in this regard.”
Satisfied with the response of the Centre and the Delhi government, the SC deferred the hearing by a week. Exasperated over air pollution continuing to be at a life-threatening level in Delhi despite the Centre and NCT governments claiming to have taken all possible steps to control it, the court had on Thursday granted 24 hours to them to come out with effective measures to deal with the problem and to implement its directions.
In the wake of the air pollution crisis in the region, CAQM has ordered shutting of all the educational institutions in entire NCR and capped the operational time of all the industries not running on gas at eight hours.
Delhi’s air quality has been oscillating between ‘severe’ and ‘very poor’ for the past one month. CAQM has ordered formation of smaller state-specific task forces too with specific jurisdictions in Delhi and NCR states to implement, enforce, monitor and report pollution violations.
The task forces for Delhi, Haryana, Punjab, UP and Rajasthan will comprise the environment secretary of the state as chairman, member secretary, a technical or administrative representative of the respective pollution monitoring board as a member and a technical representative from Central Pollution Control Board.
The commission has said that several instances of its directions not being complied with have been reported and that there was an urgent need to take further systematic preventive measures as a matter of “extreme emergency” to prevent deterioration in the air quality of Delhi-NCR.
Reiterating its previous directions on industries and thermal power plants, stopping construction activities and banning DG sets among others, the commission has directed closure of all schools, colleges and other educational institutions till further orders and allowed only online mode of education, making examinations and practicals in laboratories the only exceptions. The Delhi government had on Thursday closed down educational institutions in the city from Friday till further notice.
On Friday, the CAQM also called for stopping entry of trucks into Delhi, except the ones running on electricity and CNG and those carrying essential goods.
(Inputs by Kushagra Dixit)
Credit Source – https://timesofindia.indiatimes.com/city/gurgaon/flying-squads-to-catch-delhi-ncr-polluters-sc-told/articleshow/88082583.cms