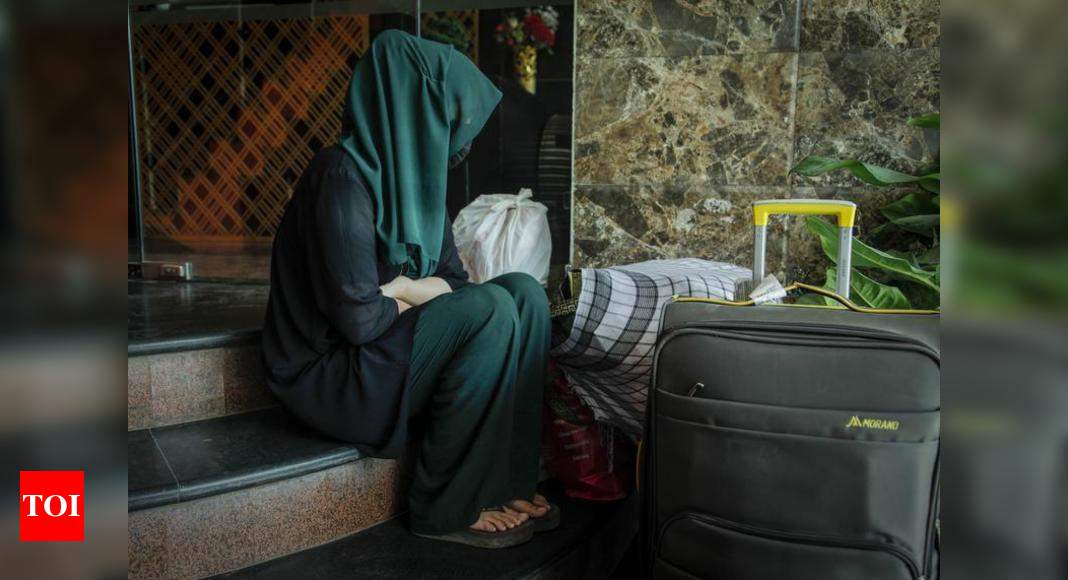 GURUGRAM: Messages flooded her phone but one text she received a little past noon on Monday made her freeze. It was from her brother in Kabul. “The Taliban are here. They are in the neighbourhood,” it said.
At the hotel’s reception desk to complete checkout formalities, she broke into sobs. “Where?” she texted back. She had come to India two weeks ago an Afghan MP, to get her mother treated for a blood clot at a private hospital in Gurugram, but hadn’t in her worst nightmares imagined this day would be upon them so quickly – Kabul had fallen, her government was gone, the President had fled and her family, whose youngest member is her 20-month-old daughter, was stranded behind the opaque drapes of a sweeping Taliban takeover (TOI is withholding her name at her request).
Her thoughts also raced to her son – he’s just 19, she said. “I’ve been crying the whole time the last couple of days. Every moment has passed in distress,” said the 39-year-old, who represents a province in Afghanistan’s northeast, near the Tajikistan border. “I don’t know how long I’ll have to stay here. Everything is there. I don’t know the government here. But I cannot go to Afghanistan. My family is in danger. I was in regular contact with the authorities there, but they did not tell me this was going to happen. I’ll try to contact the Indian government and the United Nations. Other (Afghan) MPs have also arrived,” she said, as she prepared to leave for Lajpat Nagar in Delhi to meet them.
She would also put up there, she said, along with her mother, who has recovered, and her younger sister. They would at least be among people they knew. The MP was also unsure how long her bank accounts would work while she tried everything in her means to ensure her family’s safety.
“People are calling me incessantly. Some are my campaigners and my co-workers who are seeking help and some are advising me not to come back. I got a call from my neighbor, who asked me not to return,” she said, adding many lives back home were in danger and there had been many killings in her province in the last couple of months.
Her sister (29), a gynaecologist, said she had an audio clip of the Taliban asking doctors to stay back and work without salaries was circulating on various groups. “I don’t know what will happen next. Our families are there and their lives are in danger. We have limited resources here. We will try to contact the Afghan embassy here to get some clarity,” she said, escorting her mother to the waiting cab.
The MP, meanwhile, was still waiting for a reply from her brother.
Credit Source – https://timesofindia.indiatimes.com/city/gurgaon/from-family-in-kabul-a-chilling-message-the-taliban-are-here/articleshow/85385348.cms