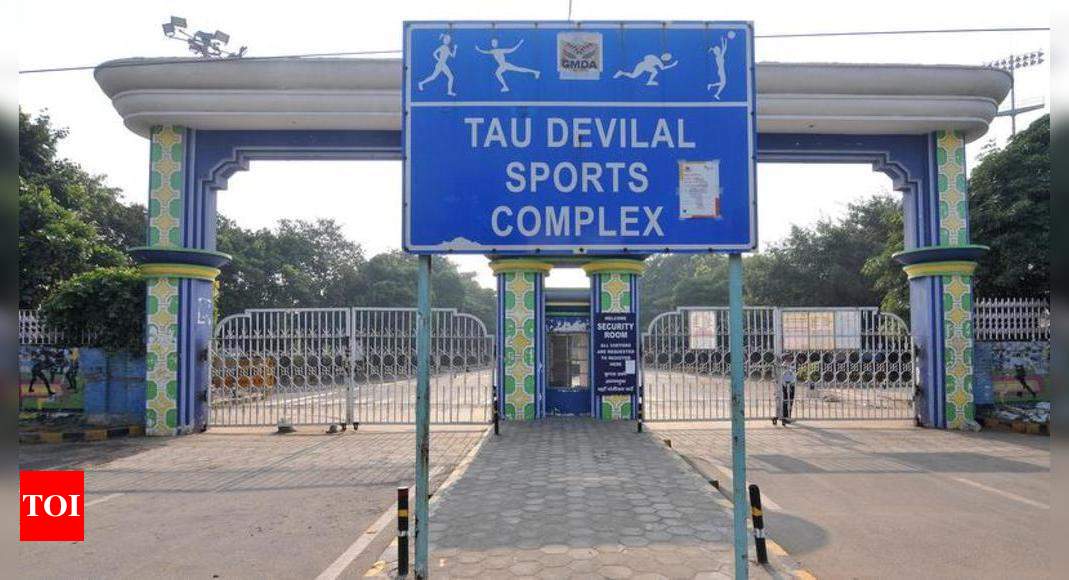 Gurgaon: Tau Devi Lal Sports Complex will get a brand new shooting range and badminton court, according to the Gurugram Metropolitan Development Authority (GMDA). The authority had earlier approved a proposal for remodelling the cricket stadium at the venue.
The ideas of a badminton court and a shooting range came up at a Core Planning Cell (CPC) meeting in November.
Earlier in October, GMDA had approved the installation of LED floodlights, digital scoreboards and side screens at the Tau Devi Lal cricket stadium, which will also undergo levelling work.
During the November meeting, Chief Executive Officer (CEO) Sudhir Rajpal asked the GMDA Infra 1 chief engineer and executive engineer to prepare a detailed request for proposal (RFP) adding the badminton court and the shooting range to the cricket stadium project.
Once approved, the complete proposal will be tabled at the next GMDA meeting.
Speaking to TOI, a senior GMDA official, who did not want to be named, said, “We will be creating a completely new shooting range, as well as badminton court, at the sports complex. These facilities are not available as of now. The cricket stadium, meanwhile, will only be upgraded.”
He added that GMDA is working on the project, which will be taken up and approved at the next meeting, chaired by Chief Minister Manohar Lal Khattar.
GMDA has been focusing on upgrading facilities and creating new infrastructure at Tau Devi Lal Sports Complex over the past few months. In September, a plan to run the facility like the Delhi Development Authority (DDA) sports complexes also came to the fore. The CEO had then said that the complex needed additional facilities before that.
Officials are contemplating developing over 10 new facilities at the complex, including a swimming pool, a kho-kho ground, a football ground and a skating rink.
Credit Source – https://timesofindia.indiatimes.com/city/gurgaon/gmda-plans-shooting-range-badminton-court-at-tau-devi-lal/articleshow/88132933.cms