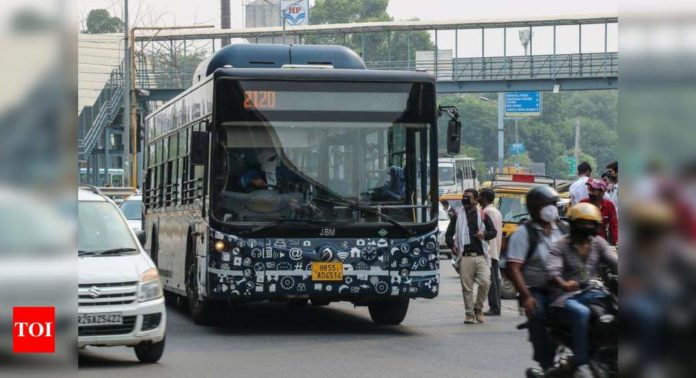 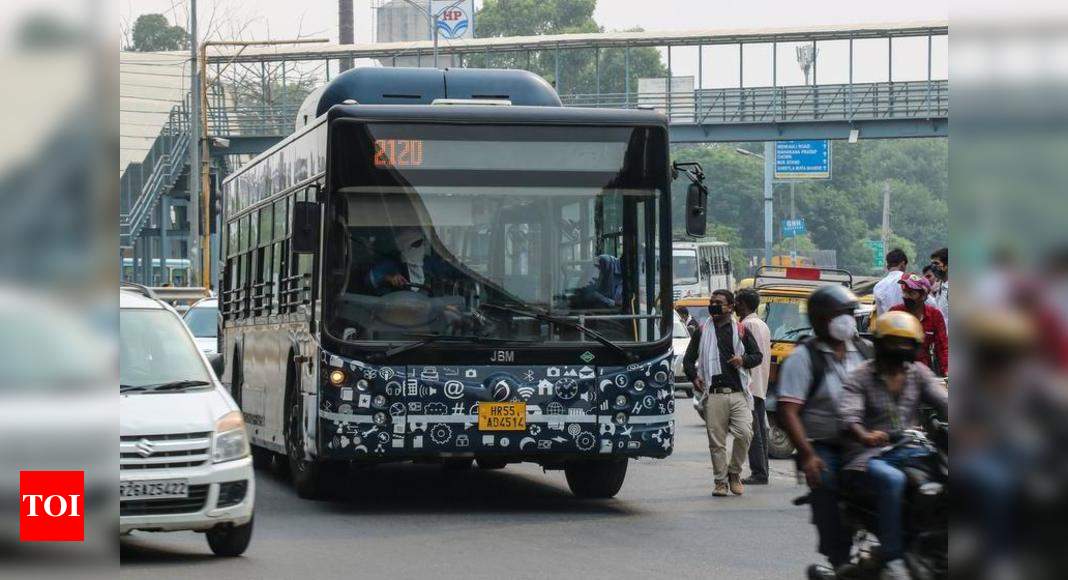 GURUGRAM: Gurugram Mahanagar City Bus Limited (GMCBL) is planning to expand its services on two new routes, which will connect Gurugram to the national capital. By the end of August, the city bus service will add the new routes to Sarai Kale Khan and ISBT and run at least one bus each on both of them.
The move comes after the GMCBL took note of the rising demands of residents to improve connectivity between Delhi and Gurugram. In the first phase, only two buses — one on each route — will run and the frequency and number of buses will be increased depending on the ridership, GMCBL officials said. The timings and route numbers are still being worked out.
“We are fully geared up to extend our bus services to two new routes. We were seeing increased demand from the residents to run buses on these routes. We surveyed to check the feasibility and designed a route map. We have raised demands for two buses and if all goes as per the schedule we are hopeful to launch these two new routes by end of August,” said a GMCBL official privy to the matter.
With the lockdown restrictions easing out and the public mobility showing an uptick, residents in the city have stepped up their demands for newer bus routes connecting Gurugram and New Delhi. Presently, there are two routes on which the GMCBL is running eight buses. Four city buses are running on route number 210 between Gurugram bus stand and Karol bagh. Another four buses ply on route number 202D between the Gurugram bus stand and Badarpur border.
The GMCBL rolled out the survey to identify new routes and map the ridership demand to expand its services. The initial round of surveys carried out in July zeroed down on the two bus routes. It is also working on other routes between Delhi and Gurugram to expand its services.
“The survey is an ongoing process as we are looking to expand our operations. Besides the two new routes that have been finalised, we are also assessing the feasibility of starting bus services on another route to New Delhi. One of them is Anand Vihar. The decision to start buses on that route will happen after we start services on the first two routes,” the official added.
Once the two routes are open, at least 10 GMCBL buses will be plying on all the routes to New Delhi.
Credit Source – https://timesofindia.indiatimes.com/city/gurgaon/2-new-bus-routes-to-boost-delhi-link-by-august-end/articleshow/84959342.cms