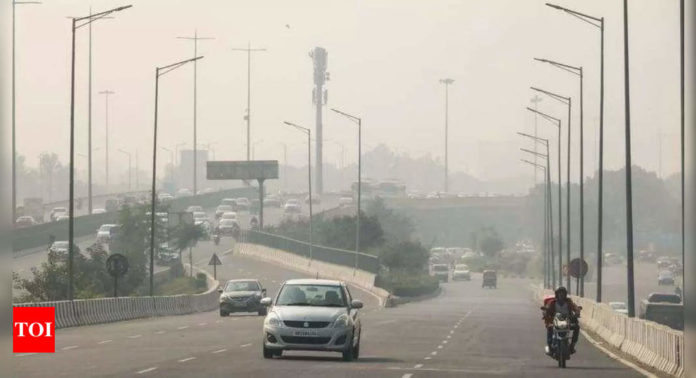 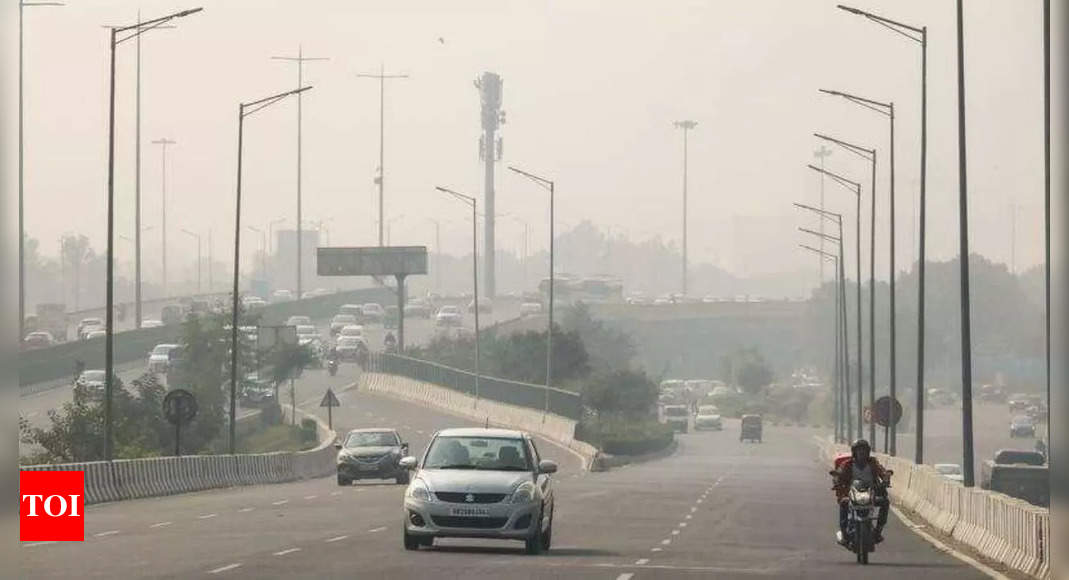 GURUGRAM: Haryana State Pollution Control Board (HSPCB) imposed a penalty of Rs 25 lakh on a housing project in Sector 103 on Sunday for continuing construction activities violating the National Green Tribunal and the Graded Response Action Plan guidelines. The action was a part of its drive to ensure a complete construction ban in the city.
HSPCB regional officer (north) Kuldeep Singh said, “We conducted a site inspection on Sunday to ensure the effective implementation of the Graded Response Action Plan and found non-compliance with air quality norms at an under-construction site in Sector 103. The site was carrying out construction in gross violation of the NGT guidelines and directives issued by the Central Pollution Control Board. We imposed a penalty of Rs 25 lakh on the site. We also imposed a penalty of Rs 10,000 on another site on the railway road for using diesel generator sets.”
Meanwhile, the city air quality stayed in the ‘very poor’ category for the fifth consecutive day on Sunday, with the AQI at 372, up from 362 on Saturday. The AQI is likely to deteriorate further because of a dip in temperature, according to HSPCB.
On Sunday, the air monitoring station in Teri Gram recorded the highest AQI of 384, followed by Sector 51 with an AQI of 384, Vikas Sadan with an AQI of 361 and Gwal Pahari recording the lowest AQI of 370.
The minimum temperature in Gurugram was 10.5 degrees Celsius, and the maximum was 24.7 degrees Celsius.
According to the System of Air Quality and Weather Forecasting And Research (SAFAR), local surface winds are likely to increase slightly over the next two days, increasing the dispersion of pollutants and leading to a slight improvement in air quality. However, the AQI may even then remain at the higher-end of the ‘very poor’ category.
Meanwhile, the air quality in Delhi remained in the ‘severe’ category on Sunday. The capital recorded an AQI of 405, up from 402 on Saturday. The share of stubble burning-related pollutants in the PM2.5 was 8% from 274 incidents.
Currently, the mixing layer height and wind are the dominant factors controlling air quality. However, from November 29, a significant improvement in AQI is expected due to high wind speed.
Faridabad also recorded ‘severe’ air quality on Sunday, with an AQI of 412, down from 416 on Saturday. On the other hand, the air quality in Noida and Ghaziabad stayed in the ‘very poor’ category, with the cities recording AQIs of 362 and 353, respectively. On Saturday, they had recorded AQIs of 381 and 368, respectively.
Credit Source – https://timesofindia.indiatimes.com/city/gurgaon/housing-projects-to-gensets-grap-violations-continue-to-attract-fines/articleshow/87969035.cms